Viewpoint: USDA data show the predicted ‘Beepocalypse’ has been postponed another year

This article or excerpt is included in the GLP’s daily curated selection of ideologically diverse news, opinion and analysis of biotechnology innovation.
The latest numbers on honeybee colonies have been released by the U.S. Department of Agriculture and they show that the Beepocalypse we keep being warned about has been postponed for another year.

Instead of going extinct, as activist fundraising campaigns assured us would happen unless efficient targeted seed treatments were replaced by mass spraying of plants with antiquated pesticides still certified “organic”, bees are doing great. The only fluctuations are “statistical wobble” that can happen any time – or due to economics. Honey production was down in 2020, like every sector of the economy except government, and that could have impacted some businesses more than others. Alabama had 7,000 colonies in 2019 and 7,000 in 2020. California had 335,000 in 2019 and 320,000 in 2020, but many of those bees “travel” and there was a lot less of that last year.

Overall, the change was under 4 percent. That is what I mean about statistical wobble. There is no mass die-off, no colony collapse disorder, no beepocalypse yet again. While it could be just the usual variation in nature, more likely is that there was less demand for honey last year, and if bees are not making money, they cost money. So the ones that died each month may not have been replaced as companies went out of business like so many companies did. With 40 million pounds of honey just sitting around by the end of 2020, there was certainly no reason to increase bee numbers. 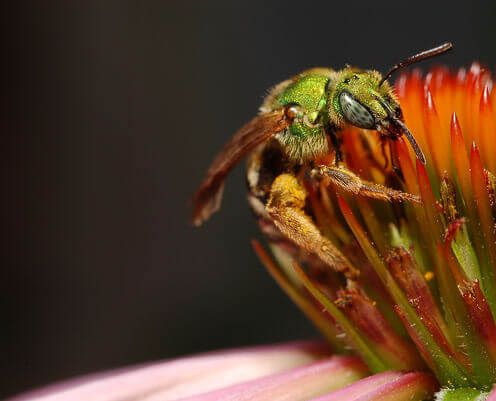 If your bee business is in decline the way nearly every business was in decline last year, you stop replacing bees. Every month millions die because they only live a few weeks. And in winter deaths due to natural causes will get even worse. Factor in natural pests like varroa mites and it is common to have whole colonies wiped out. Because of random variation, some years show higher than average deaths and some lower. Stuff happens in nature. And years ago stuff happened—another mass die-off of bees, just like those have been recorded since the first known record of bee numbers were kept, in 950 AD. “Colony collapse disorder” was coined to pretend this was a new phenomenon but it was as old as managed beehives.

Instead of dying out, there are now 10 honeybees for every human on the planet – more than 25 years ago. And that is just in one species. There are over 25,000 species of bees, we just don’t try to count them all because the others are not part of a billion-dollar industry, like sending honeybees around in trucks to pollinate almond farms.

It is entirely human to find or even create cause-and-effect, to want to fix a problem, but the last round of ‘bees are dying’ hysteria was instead mercenary. Activists whose annual revenue totals $2 billion turned on agricultural science yet again, but this time they turned on products that were created after the last round of bee hysteria – a class of pesticides called neonicotinoids.

If neonicotinoids sound like neo-nicotine, there is a reason. They are chemically similar to all-natural nicotine, which insects hate but are no problem for everything else. Because they can be applied to seeds, and in the early stages are when plants are most vulnerable to pests, they are more efficient at crop protection. That means less mass spraying or chance of insecticide drift.