Friends of the Earth (FOE) is an environmental group headquartered in Washington, DC, with an office in Berkeley, California. It was founded in 1969 by Robert Orville Anderson, David Brower, Donald Aitken and Jerry Mander with significant financial support from Anderson who was the chairman of Atlantic Richfield Oil Co. (now part of BP) and was concerned about the the proliferation of nuclear energy.

According to its website the impetus for its founding was the 1969 Santa Barbara oil spill, which was is now the third largest oil spill in American history. The group’s founding also coincided with Brower’s expulsion from the Sierra Club, where he had served as the director, because of ideological and stylistic differences and allegations of fiscal mismanagement.

Friends of the Earth says it considers environmental issues in their social, political and human rights contexts. Its campaigns stretch beyond the traditional arena of the conservation movement and seek to address the economic and development aspects of sustainability. Originally based largely in North America and Europe, its membership is now heavily weighted toward groups in the developing world.

Much of FOE’s early protests focused on anti-nuclear campaigns, but in recent years it has launched several campaigns against all applications of biotechnology. Recently it came out strongly against the use of synthetic biology in the manufacturing of compounds used in processed foods. FOE is actively campaigning against the use of lipids derived from genetically engineered yeast and bacteria that could replace the common food additive palm oil — despite the fact that these GE organisms could end or limit deforestation of rain forests which is caused by the expansion of oil palm plantations.

It is against the use of nanotechnology which FOE claims has introduced dangerous “nanomaterials” into many products like “cosmetics, sunscreens and a plethora of other consumer products.” It warns that “nanomaterials” could be in many other products because the government does not regulate them and companies aren’t required to label them. Its fear is that the scale of which these substances makes them dangerous:

These nanomaterials differ significantly from larger particles of the same chemical composition, and new studies are adding to a growing body of scientific evidence indicating they may be more toxic to humans and the environment. 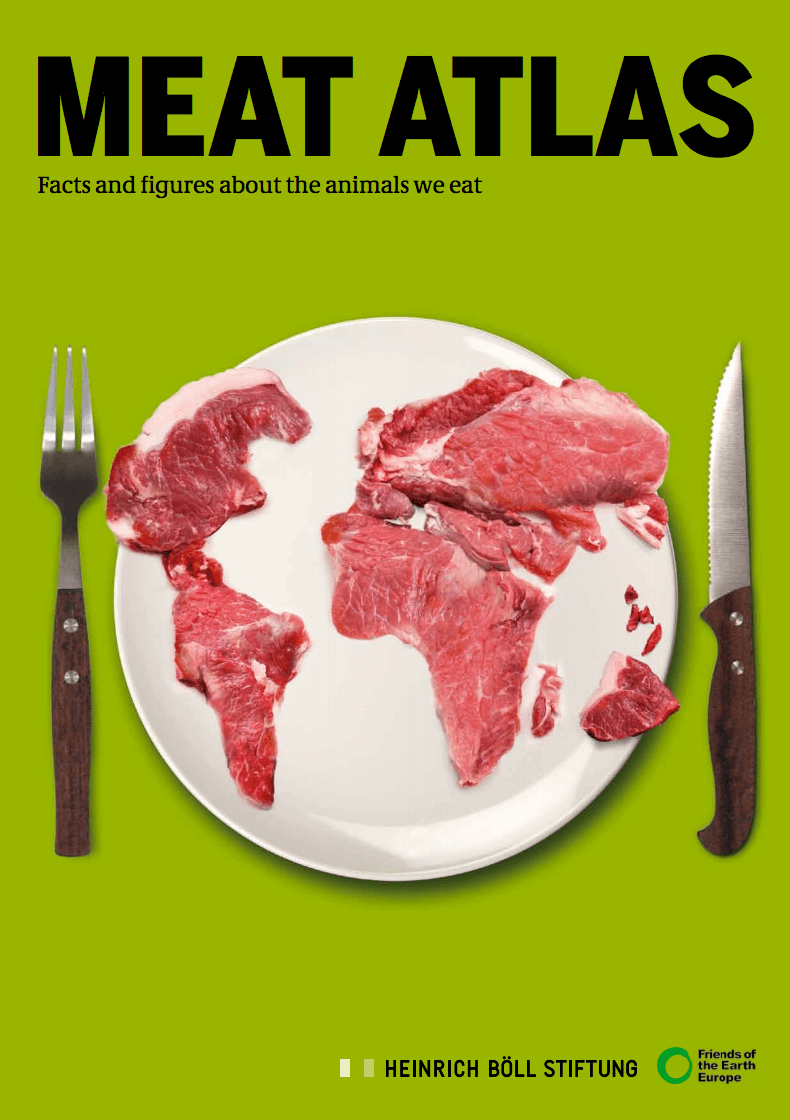 The NGO also opposes the consumption of meat on the grounds that eating meat is bad for human health and the environment. It advocates against the use of antibiotics for livestock. FOE Europe produces an annual publication called Meat Atlas on the methods and impact of industrial animal agriculture.

FOE has produced several reports purporting that the popular class of pesticide known as neonicotinoids is causing an alarming number of bee deaths. FOE has petitioned Congress and and many sellers of pesticides to eliminate their sales. FOE has launched a website beeaction.org to raise awareness and call people to action on this issue. The site lists a number at the White House for activists to call and voice their concern about the pesticide’s effects on bees.

FOE has grown substantially and falls under the larger umbrella of Friends of the Earth International (FOEI), which is one of the largest environmental and social cause activist groups in the world. FOEI has 75 country member groups and some 5,000 local activist groups on every continent with more than 2 million members and supporters. Most of Friends of the Earth’s activity on GMOs has come in the international policy arena.

FOEI has an extensive network in the developing world and is considered one of the more influential social justice-oriented eco-advocacy movements in parts of Asia (e.g., Indonesia see WAHLI). It has similar political and policy influence in parts of Africa (Nigeria in particular) and Latin America.

While, FOE has made significant strides in environmental protection, according to its website, it has also actively worked to defeat biotechnology advances that could help the environment, human health, and farmers. It claims credit for the following setbacks for GMOs:

FOE also has strong ties, coordinates and shares staff with other international anti-GMO/anti-pesticide organizing groups such as Via Campesina and Third World Network. In April 2011 the group reacted to a European Commission report that it said underestimated the overall economic impact of GMO cultivation to the overall food sector. FOEI is known for having a strong regional impact, especially in countries where biotechnology could provide a great deal of economic stability like Nigeria, Malaysia Paraguay, Uruguay, and Haiti, where FOEI local branches are known to put up public-opinion roadblocks to GMOs in the name of “food sovereignty.”

David Brower (co-founder) before FOE, famously had made the Sierra Club a household word, multiplying its membership tenfold and taking the whole environmental movement into a new era beyond being a purely conservation movement. He is credited with creating an effective political voice for uncompromising aggressive defense of nature and environmental issues. Brower was later forced to resign from FOE as well, again linked to allegations of mismanagement and political related campaign issues. Brower died on November of 2000.

Robert Orville Anderson (co-founder) was an oil barron who turned the Atlantic Richfield Oil Company (ARCO) into the United States’ sixth-largest oil company by the time he left in 1986 to pursue other interests. He was by then the largest individual landowner in the United States, with ranches and other holdings in Texas and New Mexico amounting to some 2,000 square miles and a personal fortune estimated at $200 million. He passed away in December of 2007.

Friends of the Earth U.S.

Erich Pica (president) has worked for more than a decade has worked to reform U.S. tax and budget policy in ways that reduce pollution and spark a transition to clean energy. Prior to becoming FOE’s president in 2009, Erich served as the organization’s director of domestic programs. Erich comes from a family of farmers and educators in a conservative part of southwest Michigan.

Lisa Archer (food and technology program director) has developed and led successful corporate accountability, markets, policy and public education campaigns focused on environmental health and justice for more than a decade. She previously led FOE’s Health and Environment Program, developing and running hard-hitting campaigns to prevent the environmental causes of cancer, challenge the introduction of genetically engineered food and nanotechnology into the marketplace, and promote environmentally sound farming practices.

Dana Perls, (Food and Technology Campaigner) worked prior to joining FOE in Northern California as a community organizer with Pesticide Watch, where she ran regional campaigns in agricultural counties to strawberry pesticides from the market, and to label GMOs in California.

Tiffany Finck-Haynes (Food Futures Campaigner) who prior to joining FOE worked as a community health organizer at Many Languages One Voice, running campaigns to improve equitable access to affordable, culturally and linguistically appropriate health-related information, services, and care. She has also led labor solidarity and environmental stewardship campaigns and completed an independent research study in Bolivia focused on the impacts of climate change on bee populations and implications of pollinator declines for the food systems and global ecosystems.

Kendra Klein, Ph.D. (Food and Technology campaign’s staff scientist) leads agroecology work. Her areas of expertise are in environmental sustainability, environmental health and food and agriculture. She is also a lecturer at UC Berkeley and at San Francisco State University. She is a 2011 Switzer Environmental Fellow and has written for The Nation, Gastronomica, Civil Eats, GoodFoodWeb.org as well as peer-reviewed academic journals.

FOE International is currently under fire in Britain, accused of altering documents after questions were raised about its political campaigning against fracking. Friends of the Earth stands accused of deceiving the British regulator after claiming that its charitable arm was no longer lobbying against drilling for shale gas.

The green group changed anti-fracking statements made in the charity’s name. The changes suggested they had been published by a separate non-charitable company called Friends of the Earth Limited.

This decline, which began during Pomerance’s presidency in 1980 and continued until the sordid April 1986 Board election, was paralleled by ethically and legally questionable deals, mostly made, it was later discovered, in private by management and a handful of Board members, and by serious political compromises on important environmental legislation.

She called FOE’s support of legislation on radioactive waste egregious:

But what was arguably the most serious political and ethical compromise…took place in 1981-1982, when Congressman Morris Udall, having wrapped most of the Washington environmental community around his little finger, pushed through ill-advised high-level radioactive waste legislation with the support of the Sierra Club, Environmental Policy Center and Environmental Action (with FOE cheering them on from the sidelines, it turned out)…

Udall had drawn up a bill that gave the nuclear industry everything it craved. It waived parts of the National Environmental Policy Act…Its also provided for retrievable surface storage, a concept rejected ten years earlier…All these provisions and others earned Udall a public commendation from the nuclear industry after the bill was passed for resisting the efforts of the anti-nuclear community to amend the bill.

Charles Secrett, a former FOE Director, has become quite vocal recently in criticizing his old colleagues’ chosen venues to fight their battles, writing in July 2011:

People think that getting some publicity, having some tea with a minister and civil servants, lobbying parliamentarians, is making a difference, but it’s not. Protest ain’t going to win the day. Nor is a sort of incremental engagement with government and industry. The movement as a whole has got to collaborate more, pool resources — money, staff, ideas — and generate real cross-party pressure.