Besides fame, these ladies have one more thing in common. The stars are also all moms, and in recent months they, along with other famous women like Sarah Gilbert, Jillian Michaels and Jordana Brewster have taken up a common goal in the name of motherhood: Strident opposition to any Washington legislation that restricts states from imposing mandatory labels on GMO foods. Earlier this week, a group of scientist and science advocate moms published an open letter at the parenting site Grounded Parents, imploring the celebs to change their stance based on evidence and science. 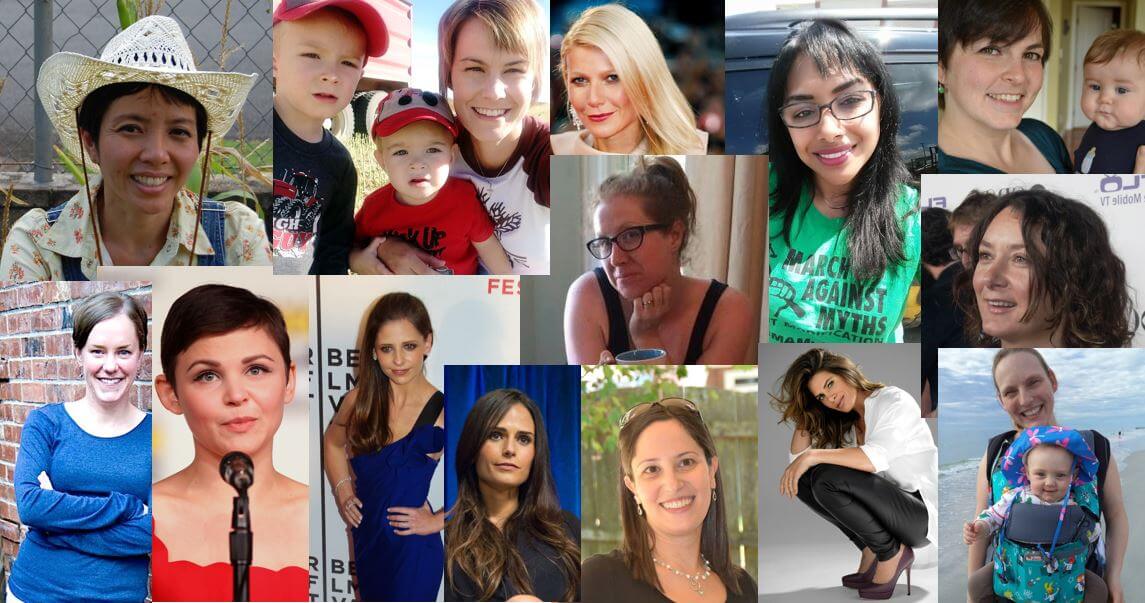 Paltrow & Co. are specifically targeting the House-passed Safe and Accurate Food Labeling Act, which which would set up a government-backed voluntary labeling system for genetically modified foods. Two non government voluntary labeling systems already exist: “Non-GMO Project Verified” and “USDA Organic.” Anti-GMO groups, including the Organic Consumers Association, Just Label It, Only Organic and GMO Free USA, vociferously oppose voluntary labeling, claiming it is an attempt to hide what’s in our food. They dub the House passed legislation the “Denying Americans the Right to Know” or “DARK” Act. It’s now being discussed in the Senate Agriculture, Nutrition, and Forestry Committee.

Although opponents of the House-passed bill slam it as an attempt to keep Americans in the dark about what’s in their food, the bill says otherwise. It specifies that a genetically modified food should be labeled only if it is “materially different” from its non-GMO counterpart, while stipulating that being a GMO itself does not warrant classification as materially different. The bill also puts forth requirements to register all GMOs used in food production, and to establish a national GMO food certification program to avoid state-by-state GMO legislation, and creates national standards for food labeling.

On August 5th, Gwyneth Paltrow and her mother, Blythe Danner, took to Capitol Hill to lobby against the bill, pushing for federal, mandatory GMO labeling. As ABC news reported, Paltrow admitted that she opposes the act as a mother, not as a scientist or expert. A group of celebrity moms voiced similar opposition to the Safe and Accurate Food Labeling Act, lending their famous faces to a public service announcement sponsored by anti-GMO group Just Label It (JLI).

Motherhood itself is thin justification for demanding mandatory labeling of foods created with molecular genetic engineering. (As Genetic Literacy Project reported, the Just Label It campaign is promoted by industry trade publications quoting the organization’s founder and chair, Gary Hirshberg, also founder of Stonyfield Organic, and other organic industry executives as running advertising campaigns whose goal is an industry funded initiative to “sell organic to the masses”). Having a child doesn’t automatically confer scientific savvy or credibility, despite the popular notion of “mother’s intuition.”

This is why the group of thirteen moms, writing at Grounded Parents, who understand the science behind genetic engineering and the potential biotechnologies have to nourish the world’s growing population while preserving the Earth’s resources, joined forces to write an open letter to these moms, asking the celebrity women to explore the facts about GMOs and not just promote fear. Writers and signees included Julie Borlaug, granddaughter of Nobel Laureate Norman Borlaug, the father of the Green Revolution, and leading biotech scientist Dr. Alison Van Eenennaam:

The term “GMO” doesn’t reveal whether a plant variety is patented, what pesticides were used in its production, the size of the farm, or other details that many labeling advocates may find important. These production process details and many others are currently indicated though voluntary process-based labels such as certified-humane, kosher, halal or grass-fed. Organic and voluntary non-GMO labels, both of which exclude GMO ingredients, are very common and provide that choice and information to those who want it.

In the Just Label it produced PSA propaganda video, personal trainer, television personality and The Biggest Loser star Jillian Michaels explained, “I want to make sure that my kids have a nice balance when it comes to the foods that they eat.”  She continued emphatically, “you cannot conceal what’s in our kids’ food.” Referring to the petition sponsored by JLI, which is backed by over 700 corporate and NGO partners, actress Sarah Michell Gellar added, “I’m signing the Conceal or Reveal petition to tell them they have to be on the side of the moms.”

The idea behind JLI’s ongoing “Conceal or Reveal” campaign is that moms have a “right to know” what they’re feeding their children. Understandably, issues surrounding food incite intense emotion, mainly because food is so important to human well-being. And we do have a right to know what’s in our food, including vitamin, mineral, fat, sugar, and sodium content, to help make informed nutritional decisions for our families; we have a right to know the allergens and ingredients that may harm people with certain health conditions. But as moms including Dr. Anastasia Bodnar, scientist and co-founder of the non-profit Biology Fortified, a science based, agricultural biotechnology outreach organization, and Joni Kamiya, blogger and daughter of biotech papaya farmer in Hawaii wrote:

All food comes from organisms that have been genetically altered by humans, with the exception of a few wild plants and animals. The ancestors of bananas, carrots, and many other foods are almost unrecognizable. In the same way that information on whether a home was built using an old fashioned hammer or a modern nail gun does not inform you about the home’s safety or quality, knowing whether foods contain ingredients derived from GMOs does not tell you about safety or quality.

Indeed, the term “GMO” refers to a set of processes collectively known as genetic modification, and not an end product. A GMO is not an ingredient that can be scooped into a bowl or jar; it’s a set of breeding techniques. And the term GMO, which stands for Genetically Modified Organism, is in itself fundamentally misleading. Many breeding techniques involve altering a plant’s genome in a laboratory, such as but not limited to modifications using chemicals or radiation; a type of mutagenesis. Most people wouldn’t realize that the food products that result from these lab manipulations can be certified and sold as organic and “non-GMO”.

But rather than berating Paltrow, Gellar, and other celebrity moms for their non evidence-based stances, the science advocates embraced what the group of women have in common, even voicing appreciation for the actresses’ work and hopes for a safe and healthy food supply:

We, like millions of other Americans, line up to see your movies, and respect your occupation. Though our jobs differ, we share a common goal: to raise healthy, happy, successful kids. As moms we feel it is our responsibility to use the best available information to protect our children’s health, and to let the best science inform the choices we make for our families. We ask you to take the time to learn about how genetic engineering is being used by farmers, and the potential it has to help other moms raise healthy, happy, successful kids.

Most importantly, the letter’s authors, including Dr. Alison Bernstein, known by her online alter ego “Mommy PhD”, and Dr. Layla Katiraee, molecular geneticist and biotech writer (both avid fans of Sarah Michelle Gellar in television series Buffy the Vampire Slayer), extended an invitation to the celebrity moms to “contact any or all of the undersigned, chat with farmers who grow biotech plants.” The scientist and farm moms explained that they’re all “happy to discuss how this breeding method of genetic engineering could be used in harmony with many other approaches to help feed the world’s growing population, protect our environment, and preserve the Earth’s natural resources for all of our children.”

In the wake of a mass email on Tuesday from Just Label It founder Gary Hirshberg with subject line, “Tell Big Food: Just Label It!” pushing the Conceal or Reveal campaign and asking for donations, the open letter leaves the science advocate moms with outstretched hands in the face of an anti-GMO propaganda machine. The hope is that the celebrities, and others with questions about agricultural biotechnology, will reach out to the letter writers, ask questions, and find common ground as parents.

The letter is available at Grounded Parents.

Kavin Senapathy is a contributor at Genetic Literacy Project, Skepchick, Grounded Parents, and other sites. She is a mother of two, science popularizer, co-founder of March Against Myths, and freelance writer in Madison, WI. Follow Kavin at fb.com/ksenapathy and Twitter @ksenapathy.