Now that the U.S. Department of Agriculture has approved of a new variety of corn genetically engineered to resist both rootworms and glyphosate, the often hyped story of resistant “superweeds” has arisen again.

The corn variety, Monsanto’s MON87411, includes a genetic sequence that expresses a double strand RNA (dsRNA) found in the corn rootworm gene Snf7. When a rootworm starts eating this corn variety, the dsRNA is targeted by enzymes in its gut that cut it up into smaller pieces known as small interfering RNAs (siRNA) which ultimately suppress the expression of Snf7.

Because Snf7 encodes for an essential protein in rootworms, the rootworm is killed. The trait can be “stacked” with other traits, from drought resistance to improved nutrition.The variety also has a gene expressing the Cry protein (from Bacillus thuringiensis, known as Bt), and a genetically engineered ability to resist the herbicide glyphosate.

Other agencies still have to weigh in, with assessments still necessary by the U.S. Food and Drug Administration, the U.S. Environmental Protection Agency (EPA) and regulators in other countries. If the process proceeds smoothly, says Monsanto, it hopes this SmartStax PRO line of products featuring MON 87411 maize will be available by the end of the decade.

Which, predictably, worries activists like Doug Gurian-Sherman, with the advocacy group Center for Food Safety. Gurian-Sherman, among others, questions what he says are ‘weak guidelines’ in use to assess the risks of GMO technology, and particularly ‘stacked’ technologies that allow for the spraying of multiple herbicides. They claim that the variety will lead to yet another wave of “superweeds”—hardy weeds that have developed a resistance to one herbicide, often requiring additional sprayings of other herbicides. 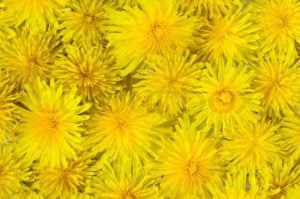 Let’s unpack the superweeds debate. The word, which is not used by scientists, is actually a misnomer.

“I have repeatedly expressed my displeasure with this term, and my graduate students know better than to ever use the word around me,” wrote University of Wyoming weed scientist Andrew Kniss.

Superweeds are just plain weeds that are not easy to kill—like tiny dandelions whose super power is the ability to crouch real low and avoid being cut down by mowers. And efforts by food companies to remove any “GMO” from their supply chain won’t help resist resistance — in fact, these efforts might make resistance worse.

Chipotle, for example, announced earlier this year that it would remove most foods made from genetically engineered crops from its menus. As Andrew Kniss has pointed out, Chipotle decided to switch from using soybean oil (derived from soybeans genetically engineered to resist glyphosate), to sunflower oil. What Chipotle failed to mention, if they even knew it, was that although sunflowers, which are not genetically engineered to resist glyphosate, have been modified through conventional means to resist other herbicides, specifically ALS-inhibiters. Shortly after sunflower growers started using ALS-inhibiting herbicides, weeds that could resist them began sprouting in their fields. There are more species of ALS-resistant weeds (more than 150) than glyphosate-resistant ones (about 30).

In fact, more so-called superweeds are linked to conventional and organic crops than to GMO crops. In short, superweeds are a farming problem and not a GMO problem.

Where does resistance come from?

Resistance to any pesticide can be seen in any type of agricultural process, organic or conventional, and with or without the use of genetic engineering. Resistance is seen in other areas, too. Antibiotic resistance in bacteria evolves the same way that resistance in plants does.

When a field is sprayed (or an antibiotic given) it will kill the vast majority of the target pests. But it will may not kill every single one. Nature is constantly evolving and every single generation, a few small mutated changes in the DNA sequence may result in offspring that can metabolize chemicals, repair DNA or otherwise survive better that its parents. In the absence of selective pressure (e.g., the application of a pesticide or administration of an antibiotic) these changes are lost or go unnoticed, but sometimes we create an environment that selects for their survival. And as any farmer knows, weeds have always been very good at surviving. Look for that dandelion carpet next spring if you do not apply the appropriate herbicide to your lawn. Once the resistant trait has evolved in enough organisms, those survivors can reproduce and replace the original, susceptible population. Now, you’ve got weeds or other bugs that aren’t affected by the pesticide or other bug-killer.

Glyphosate, introduced in the 1970s under the trade name Roundup, became a popular pesticide because it worked very well, was not nearly as toxic as other pesticides, and was useful when spraying on glyphosate-resistant crops. Scientists have become concerned that perhaps it’s become too popular — its exclusive use on certain crops have resulted in spurts of glyphosate-resistant weeds. 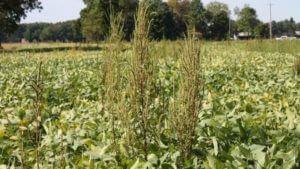 In the U.S. South, cotton growers have been trying ways to save their crops from a very aggressive weed called the Palmer amaranth. This weed can grow an inch or more a day, topping out at 10 feet in height, and draws moisture, nutrients and growing space from cotton crops. The weed acquired traits that resist glyphosate because farmers relied on glyphosate — and only glyphosate — for weed control.

To look for answers, scientists have been looking at a number of angles. One comes from agribusiness companies like Syngenta and Monsanto, which have developed other, more targeted pesticides, and are developing genetically engineered crops that can kill specific bugs and weeds, or resist a wider variety of herbicides.

Another innovation comes from integrated weed (and pest) management practices (IPM). For corn, extended crop rotation (planting corn every three or four years, instead of every year) has been shown to control rootworm with insecticides. For cotton, Georgia growers are now largely hand-weeding their crop, and tilling soil more often to combat the aggressive Palmer amaranth. They also are using winter rye as a cover crop, which may reduce amaranth invasions. These techniques have raised costs and concerns about soil erosion, but scientists believe that using some of these techniques, as well as a variety of pesticides and genetically engineered plants, may result in a way to combat weeds. What these scientists are not advocating is a single focus on avoiding GMOs and veering toward solely organic-approved methods.

Corn farmers in the U.S. who used Bt or glyphosate-resistant corn are required to set aside about 10 percent of their crop as non-GMO. This has been done to reduce the likelihood that weeds or insects develop resistance.

Such an integration of all these techniques — cover crop, weeding, a variety of pesticides, and genetic engineering — can yield much more than shouting “superweeds” or claiming that only GMOs proffer resistance.