Moms Across America (MAAM) says a study it commissioned found the herbicide glyphosate in parts-per-billion (ppb) amounts in California vineyards. MAAM says this is clear evidence of “widespread contamination” by the herbicide, which is used by almost all conventional farmers but is also often paired with some genetically modified crops:

18.74 ppb from a 2013 Cabernet Sauvignon from a conventional, chemically farmed vineyard. The lowest level was from a biodynamic and organic vineyard, 2013 Syrah, which has never been sprayed according to the owner, with a level of .659 ppb. An organic wine from 2012 mixed red wine grapes had 0.913 ppb of glyphosate.

MAAM was not the only group to find tiny residues of the world’s most-used pesticide, an herbicide that has raised the ire of anti-GMO groups for its use with“Roundup-ready” corn, cotton and soybeans. 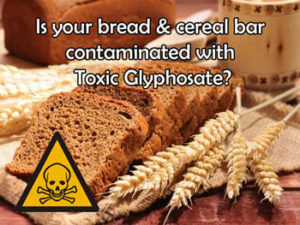 In May, the Alliance for Natural Health (ANH) commissioned a study that found ppb levels in Quaker Oats products, ranging from 86 ppb for Original Silk Soy Creamer Non-GMO, to 1,327 ppb (which translates to 1.33 parts-per-million or ppm) Quaker Instant Oatmeal, Strawberries and Cream. “We expected that trace amounts would show up in foods containing large amounts of corn and soy,” said Gretchen DuBeau, executive and legal director of ANH-USA. “However, we were unprepared for just how invasive this poison has been to our entire food chain.”

So has glyphosate ‘infiltrated our food supply’ as anti-GMO and anti-chemical campaigners claim? Or are there problems with MAAM’s and ANH’s science?

What you want to see may not be what you get

It is important to realize that what’s been found in these rather unsophisticated studies are very, very small amounts of the chemical–far below the US Environmental Protection Agency tolerance levels for residues of glyphosate on crops. The EPA ‘danger’ levels vary among plant types, but range from 30 to 100 ppm for cereal grains, to put the Quaker Oats study into perspective. In addition, those cut offs have a 10- to 100-fold buffer. For reference, West Virginia University’s National Environmental Services Center states that one ppb is equivalent to a pinch of salt on 10 tons of potato chips. None of these anti-GMO commissioned studies suggest levels anywhere near those levels.

There’s also another problem with these residue studies: because of the lack of rigor of these tests, the glyphosate they “found” might not even be there. A close look at the methods of both studies casts a cloud on the groups’ claims. The tests by ANH and MAM were conducted by a company, Microbe Inotech, based in St. Louis, using a method known commonly by its initials ELISA. Short for “enzyme-linked immunosorbent assay,” this test takes an antigen (which in this case is whatever molecule you’re trying to study) and binds it to a specific antibody, which itself has been bound to an enzyme. The antibody is often labeled radioactively for easy detection. Then, the enzyme-antibody-antigen complex is linked to a substrate.

Related article:  WHO body looks for links between 2,4-D herbicide and cancer

While ELISA has been a valuable test for determining the existence of a wide range of chemicals (standard cholesterol and clinical blood tests rely heavily on ELISA), it does not work so well in minuscule quantities like when measuring glyphosate at ppb levels.

When measuring in his range, the most appropriate technique is gas chromatography/ mass 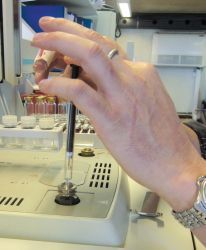 spectrometry, (GC/MS), in which measures chemicals by their mass and charge. This is a longer (and admittedly more expensive) procedure, but it is extremely accurate.

Referring to the MAAM study on wine, Peter Davies, emeritus professor of plant biology at Cornell University, remarked to me that:

Unless I see the actual analytical data, I take such unpublished results with a grain of salt, especially when the only data presented is levels in a non-peer reviewed report…

ELISA is notoriously susceptible to interference by the presence of other compounds, both in the positive and negative direction, and while fine for a first approximation, it is not acceptable for a definitive measurement. No top ranked journal in the field accepts ELISA as definitive proof for small molecules unless accompanied by further proof. The gold standard is multiple ion mass spectrometry after HPLC and or GC, or as MS-MS.

There is one yet-to-be-released test on glyphosate using a more sensitive technology. Currently touted by the anti-GMO US Right To Know Organization, the test was conducted by the Detox Project, a group with strong anti-GMO connections. In May, US Right to Know announced:

More fuel was added to the fire this week when a coalition of scientists and activists working through what they call “The Detox Project” announced that testing at a University of California San Francisco laboratory revealed glyphosate in the urine of 93 percent of a sample group of 131 people. The group said it used a method known as liquid chromatography-mass spectrometry or LC/MS/MS, to analyze urine and water samples. (The group said it found no glyphosate residues in tap water.) Further data from this public bio-monitoring study will be released later in 2016, according to the group overseeing the testing.

So far, the only data released shows glyphosate levels between 3.1 and 3.6 ppb. Even if true, the EPA tolerance on anything is 30-100 ppm, so these levels are still far, far below what years of scientific research has established as safe.

When the data in the USRTK are released it would be valuable for people to not only look at the actual concentrations—but to review the methodology, too.