More than 41 million children are expected to get vaccinations against polio as part of a major health campaign by the United Nations Children’s Fund in response to a a recent outbreak in north-east Nigeria. Afghanistan and Pakistan are the only two other countries with known cases. Only only 26 cases of polio have been reported worldwide this year.

Polio causes muscle weakness and paralysis (Poliomyelitis) due to damage to the central nervous system. Many experts had hopes that wild polio virus would be eradicated from the world by the end of next year. The last steps in banishing the virus are proving to be the most difficult, even though a recent shift from the oral polio vaccine to an injected one has brought hope.

But even as officials escalate this aggressive effort, a new disease with polio-like symptoms known as AFM has emerged on the scene, and is threatening children around the world, including in the United States. 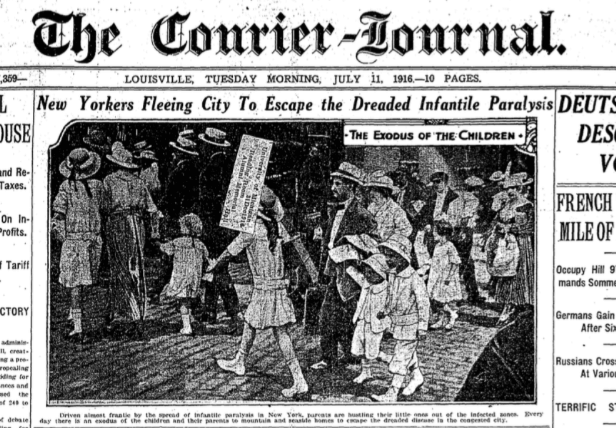 The United States first embarked on a major campaign to eradicate the disease during an epidemic in 1916, focusing on New York City, the center of a vicious polio outbreak, the largest ever in the US to that point. According to a historical account in qz:

New Yorkers were absolutely terrified by the disease, then known as “infant paralysis.” It didn’t discriminate by class or color, and left behind a trail of death and paralysis in a spectacle of horror that appeared to target children with particular viciousness. While often causing just mild symptoms, polio can attack the nervous system and cause permanent paralysis for which—then as now—there is no cure. At the time .. little was also known about how it spread, and no vaccines were available to prevent it. 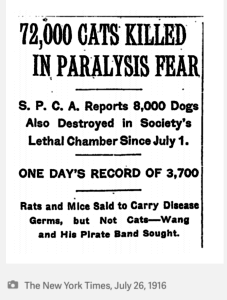 In a spasm of ill-educated fear, the city facilitated the killing of 80,000 cats and dogs, who they
thought might be carrying the disease. These misconceptions persisted until the 1950s, when health authorities in cities across America would carry on campaigns spraying DDT to kill guiltless mosquitoes during the yearly summer polio epidemics that plagued the country.

A vaccination was finally developed for it in the 1950s. Within a decade, after the launch of country-wide vaccination programs, polio cases became almost nonexistent.

Since 1952, when Jonas Salk developed the first effective polio vaccine, eradication of the devastating childhood illness has been a public health goal. In 1988, the World Health Assembly stated that global eradication of polio was an attainable goal, prompting researchers to look ahead 30 years to 2017 and 2018 as a time when every child could be inoculated against poliomyelitis.

Besides Polio, however, there are also other instances of such weakness and flaccid paralysis seen around the world.  These are classified as acute flaccid myelitis (AFM), and various news outlets are reporting an increase in cases in the United States and Canda.

“We do have an uptick in cases of acute flaccid myelitis,” Centers for Disease Control and Prevention pediatrician Dr. Manisha Patel told CBS News recently. Sudden limb weakness is a telltale sign of the illness. “Fifty confirmed cases reported to us in 24 different states (and more in Canada0,” up from 21 people in 16 states in 2015. Ninety percent of those cases are in children, said Patel, the acute flaccid myelitis team lead at the National Center for Immunization and Respiratory Diseases at the CDC. 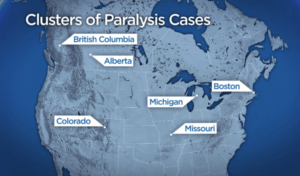 AFM is a rare polio-like syndrome that affects the nervous system, specifically the spinal cord, and its cause remains unclear. It can result from a variety of causes, including viral infections. AFM is characterized by rapid onset of weakness in one or more limbs and abnormal visual findings within the spinal cord gray matter on MRI. As it is being reported, confirmed cases of acute flaccid myelitis in the United States “have increased in 2016 compared with 2015.”

Should we be concerned? While cases are on the rise, Patel noted that AFM is still very rare, affecting less than one in a million people. And with only a few years’ worth of data, interpreting meaningful differences in the numbers reported above is next to impossible. The reporting only started in 2014 and is done voluntarily, and so doesn’t include every potential case (i.e., many ‘false negatives’ exist in the nationwide data). 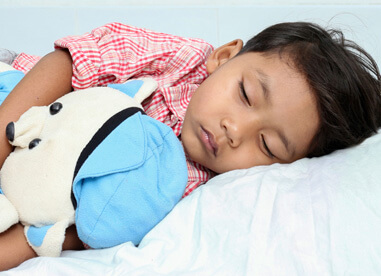 actual ‘real’ uptick in new cases. And by the way, these recent numbers are “down” from two years ago. The investigations were opened in August 2014, when the CDC noticed an increase in incidence reports of AFM across the United States for which no cause could be found. From August to December 2014, 120 people in 34 states were confirmed to have AFM. Most patients were aged 21 years and younger. Whether the age continues to be an important factor is still unknown at this point.

The 2014 screening began by trying to assess coincidental association with a national outbreak of severe respiratory illness caused by Enterovirus D68 (HEV-68), which I analyzed here. Enterovirus was initially a prime suspect, because as the CDC notes, “Enteroviruses can cause neurologic illness, including meningitis. However, more severe disease, such as encephalitis and AFM, is not common. Rather, they most commonly cause mild illness,”

In medicine, we have a saying: “If you hear hoofbeats, think horses–not zebras.” This is a glib way of saying that if there seems to be a likely connection, that’s probably the reason, and not something more exotic. However, this mental shorthand can also cause laziness in thinking and a lack of probing potential unexamined avenues. To accurately assess epidemiology, the CDC tested patients with AFM for a broad range of pathogens that can cause AFM. But even with this increased rigor, it hasn’t found a consistently-existing pathogen, including enterovirus D68, in the spinal fluid of the AFM patients. So based on the broader pathogen screenings of cerebrospinal fluid, and lack of correlation with more data between AFM and HEV-68, the CDC says that it doesn’t know the cause of AFM, or as mentioned above, if there are certain individuals, genotypes, or demographics that might be at higher risk.

It is also reported that in 2015, there ‘were no cases of HEV-68 detected,’ but this language should be amended to ‘no cases were reported,’ because our ability to detect is not 100%. And in 2016, there have only been limited confirmed cases of HEV-68 in the US. In fact, the CDC itself has observed that one possible reason for the differences in annual reporting is more awareness and reporting by healthcare providers and health departments. Look for more cases, find more cases. This is true with autism spectrum disorder (ASD) and ADHD diagnoses as well.

The CDC is working to not only monitor disease prevalence and incidence and continue the investigation but to work with healthcare practices to increase awareness of AFM, to allow a complete examination of AFM case reports. This will likely boost false reporting in the short-term. However, the hope is that more cases screened will provide more evidence of the true nature of the disease.The CDC reported that they “continue to receive reports of sporadic cases of AFM.”

Ben Locwin, PhD, MBA, MS, is a contributor to the Genetic Literacy Project and is an author of a wide variety of scientific articles in books and magazines. He is an expert contact for the American Association of Pharmaceutical Scientists (AAPS), a committee member of the American Statistical Association (ASA), and also a consultant for many industries including biological sciences, pharmaceutical, psychological, and academic. Follow him at @BenLocwin

Jon Entine is executive director of the Genetic Literacy Project. Follow him @JonEntine