The promise of genetic modification was twofold: By making crops immune to the effects of weedkillers and inherently resistant to many pests, they would grow so robustly that they would become indispensable to feeding the world’s growing population, while also requiring fewer applications of sprayed pesticides.

Twenty years ago, Europe largely rejected genetic modification at the same time the United States and Canada were embracing it. Comparing results on the two continents, using independent data as well as academic and industry research, shows how the technology has fallen short of the promise.

An analysis by The Times using United Nations data showed that the United States and Canada have gained no discernible advantage in yields … when measured against Western Europe… Also, a recent National Academy of Sciences report found that “there was little evidence” that the introduction of genetically modified crops in the United States had led to yield gains….

At the same time, herbicide use has increased in the United States… And the United States has fallen behind Europe’s biggest producer, France, in reducing the overall use of pesticides, which includes both herbicides and insecticides. 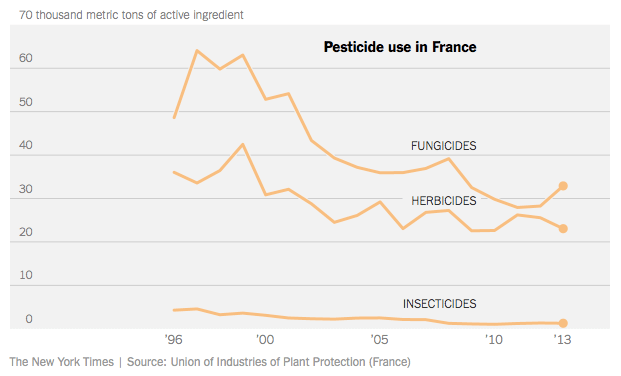 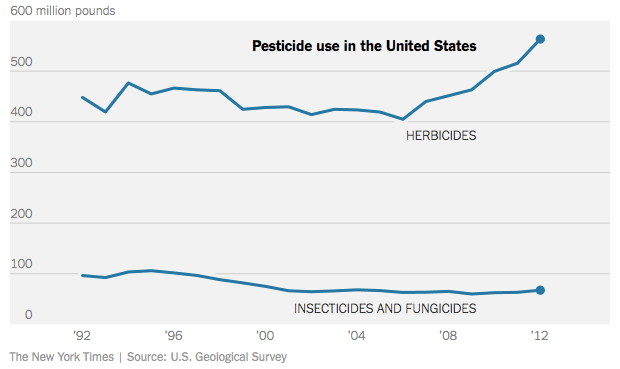 Fears about the harmful effects of eating G.M. foods have proved to be largely without scientific basis. The potential harm from pesticides, however, has drawn researchers’ attention. Pesticides are toxic by design — weaponized versions, like sarin, were developed in Nazi Germany — and have been linked to developmental delays and cancer.

When presented with the findings, Robert T. Fraley, the chief technology officer at Monsanto, said The Times had cherry-picked its data to reflect poorly on the industry. “Every farmer is a smart businessperson, and a farmer is not going to pay for a technology if they don’t think it provides a major benefit,” he said. “Biotech tools have clearly driven yield increases enormously.”

Click here for a critique of Mr. Hakim’s piece by an independent weed scientist, Andrew Kniss

The GLP aggregated and excerpted this blog/article to reflect the diversity of news, opinion and analysis. Read full, original post: Doubts About the Promised Bounty of Genetically Modified Crops