Epigenetics Around the Web: Top stories from 2016

Nicholas Staropoli | December 16, 2016
This article or excerpt is included in the GLP’s daily curated selection of ideologically diverse news, opinion and analysis of biotechnology innovation.

The New Yorker article is so wildly wrong that it defies rational analysis.Too much of the “epigenetic” discussion is wishful thinking seeking Lamarckian effects, and ignoring the role of sequence specific regulatory proteins and genes.

Epigenetics Around the Web is a weekly roundup of the latest studies and news in the field of epigenetics presented by GLP sister site the Epigenetics Literacy Project. This week the ELP counts down the top epigenetics news stories of 2016.

2016 was the year epigenetics got off the ground—so to speak. On March 3, astronaut Scott Kelly returned from a year-long stay at the International Space Station (ISS) as part of a groundbreaking twin study with his earthly brother Mark. NASA collected samples from both brothers throughout the year. The idea is that any changes seen in Scott might be independent of genetics. The experiment will help address epigenetics questions such as how aging is affected by epigenetics and space, what effect radiation might have on the epigenome, and how epigenetics might affect circadian rhythms. 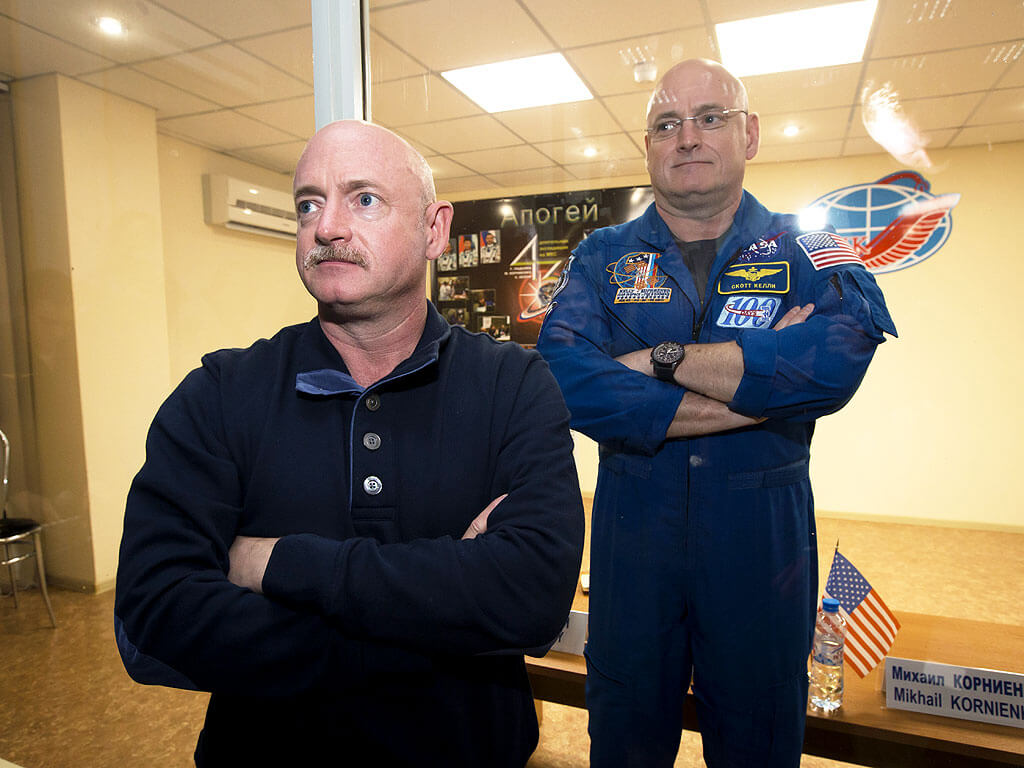 But this wasn’t the only example of epigenetics in space in 2016: A contest for students from grades 7 through 12 to design an experiment to solve a real-life space exploration problem through DNA analysis called Genes in Space also began an epigenetics study in space. The winner, 16-year-old Anna-Sophia Boguraev, proposed to study epigenetic changes in response to space travel in the immune system. On April 8, Boguraev saw her project blast off to the ISS.

On October 17, a start-up called Episona announced the launch of the first-ever male fertility test based on epigenetics. The test, which it aptly dubbed ‘Seed,’ detects abnormal methylation at 480,000 regions of a sperm cell’s genome thought to be essential for fertility. Each site is sorted into either “makes a good embryo” or “doesn’t a make good embryo” category and if a man’s sperm has too many in the latter group, he may have fertility issues—at least according to the test.

The idea that epigenetic marks on the sperm genome can predict infertility has some data to support it. However, many experts, such as Epigenetics Expert Brian Abraham of the Massachusetts Institute of Technology, are skeptical the test should be available to patients. One major flaw is that there’s no evidence men can do anything to change their test score and boost their fertility. So it is unclear how helpful the test will be. Currently, the test is only available at a few clinics in America.

From autism spectrum disorder to various types of cancers to the development of the immune system, since 2010 the International Human Epigenome Consortium (IHEC) has sought to provide insights and data on how the epigenome influences human disease and normal physiology. In the last few years, the group has published several important studies in the field. But November 17 was one of its biggest days: The IHEC released 41 publications across various publications—including 27 in the prestigious journal Cell—covering a broad range of topics. The November 22 Epigenetics Around the Web includes a number of links to abstracts and articles about the 41 studies.

Not too long ago, French biologist Jean-Baptiste Lamarck was best known for being wrong about evolution. But in the last half-decade or so, some biologists have begun to question whether the scientific community was too quick to judge his theories. Lamarck’s theory of evolution stated that an organism can pass on characteristics that it has acquired during its lifetime to its offspring. Biologists, such as Kevin Laland of the University of St. Andrews in Scotland, believe that environmentally-induced epigenetic changes can be passed on to subsequent generations. They believe these changes are so profound and important that the theory of evolution should be amended to include them. In November, the Royal Society hosted a meeting called “New Trends in Evolutionary Biology.” The meeting addressed a new unified theory of evolution, which would include a place for epigenetics. The December 9 Epigenetics Around the Web carried some comments from both sides.

On May 2, the New Yorker published a preview of Pulitzer Prize-winning author Siddhartha Mukherjee’s new book, The Gene: An Intimate History. Unfortunately for Mukherjee, the piece was resoundingly criticized by a number of scientists in different fields of biology. Columbia University professor Richard Mann said, “It is really sad and embarrassing that something as awful as this appeared in such a respected magazine.” John Greally of Albert Einstein College of Medicine called it “a horribly damaging piece.” Author and biology professor Jerry Coyne carried some of the best analysis in a two-part series you can read here and here. The New Yorker eventually published a critique of the piece written by Florian Maderspacher, the senior editor at Current Biology-Cell, which appeared on the publication’s site:

Siddhartha Mukherjee’s article about twins and epigenetics misrepresents the processes by which genes are regulated and how the environment influences the genome. Mukherjee centers his article on the work of David Allis and Danny Reinberg, who think that “epigenetic” mechanisms play a causative, instructive role in gene regulation. But many researchers consider these mechanisms to be downstream processes, secondary to the work of proteins called transcription factors, which turn genes on or off. Ignoring the vast body of work on gene regulation from the past half century, Mukherjee gives the lay reader the impression that “epigenetics” is providing new answers to an unsolved problem in biology, when scientists already have a very good understanding of how the environment influences the genome. Instead of explaining gene regulation to readers, Mukherjee introduces confusion into one of science’s most important domains, one that touches deeply on who we are as biological beings.

Mukherjee responded to the letter and seemed to admit some fault, noting he probably shouldn’t have downplayed the much more established and understood aspects of gene regulation, such as transcription factors. In the end, the book’s publishers announced they tweaked the book to include these criticisms.

For more epigenetics news—as well as news about the microbiome and endocrine disruptors—visit the Epigenetics Literacy Project, a sister-site to the GLP.