Alison Van Eenennaam | January 23, 2017
This article or excerpt is included in the GLP’s daily curated selection of ideologically diverse news, opinion and analysis of biotechnology innovation.

Editor’s Note: This article discusses the US Food and Drug Administration guidance on “Regulation of Intentionally Altered Genomics DNA in Animals” which was released on Jan. 18, 2017. Alison Van Eenennaam, an animal geneticist at the University of California-Davis, analyzed the paper.

The recently released FDA guidance for producers and developers of genetically improved animals and their products defining all intentional DNA alterations in animals as drugs, irrespective of their end product consequence, is nonsensical.

FDA “Guidance for Industry #187” updates the never finalized 2009 document “Regulation of Genetically Engineered Animals Containing Heritable rDNA Constructs” to the much more expansive “Regulation of Intentionally Altered Genomic DNA in Animals” to expand the scope of the guidance to address animals intentionally altered through use of genome editing techniques. No longer is it the presence of an rDNA construct (which conceivably COULD have encoded a novel allergen or toxic protein) that triggers FDA regulatory oversight of genetically engineered animals, but rather it is the presence of ANY “intentionally altered genomic DNA” in an animal that triggers oversight.  Intention does not equate to risk. This trigger seems to be aimed squarely at breeder intention and human intervention in the DNA alteration. 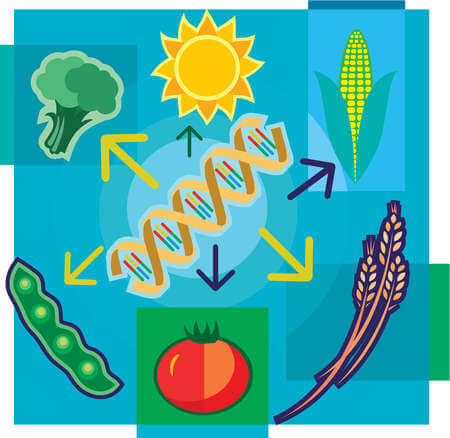 DNA is generally regarded as safe. We eat it in every meal, and along with each bite, we consume billions of DNA base pairs. Each individual differs from another by millions of base pair mutations – we are always consuming DNA alterations – the mutations that provided the variation that enabled plant and animal breeders to select corn from Teosinte and Angus cattle from Aurochs. DNA does alter the form and function of animals – and all living creatures – it is called the genetic code, the central dogma, and evolution. If DNA is a drug then all life on Earth is high.

The guidance states that “intentionally altered genomic DNA may result from random or targeted DNA sequence changes including nucleotide insertions, substitutions, or deletions”, however it clarifies that selective breeding, including random mutagenesis followed by phenotypic selection, are not included as triggers. So the random DNA alterations that result from de novo or chemical-induced mutagenesis with not be a trigger, but intentional precise and known alterations and any off-target random changes that might be associated with the intended edit will trigger regulation, irrespective of the attributes of the end product. This is beyond process-based regulation, it is regulation triggered by human intent. That is if a breeder was involved, then it is regulated. If random mutations happened in nature or due to uncontrolled mutagenesis – not regulated.

This sounds a lot like what Greenpeace is arguing for when they state that a GMO is when “the genetic modification is enacted by heritable material (or material causing a heritable change) that has, for at least part of the procedure, been handled outside the organism by people.” The problem is that risk is associated with the attributes of the product, not the fact that it is handled by people or carries the taint of human intention.

This approach is the polar opposite of what the 2016 National Academies report concluded that the distinction between conventional breeding and genetic engineering is becoming less obvious. They reasoned that conventionally bred varieties are associated with the same benefits and risks as genetically engineered varieties. They further concluded that a process-based regulatory approach is becoming less and less technically defensible as the old approaches to genetic engineering become less novel and as emerging processes — such as gene editing — fail to fit current regulatory categories of genetic engineering. They recommended a tiered regulatory approach focused on intended and unintended novel characteristics of the end product resulting from the breeding methods that may present potential hazards, rather than focusing regulation on the process or breeding method by which that genetic change was achieved.

The new FDA Guidance, released two days before Trump’s inauguration, then goes on to state “a specific DNA alteration is an article that meets the definition of a new animal drug at each site in the genome where the alteration (insertion, substitution or deletion) occurs.  The specific alteration sequence and the site at which the alteration is located can affect both the health of the animals in the lineage and the level and control of expression of the altered sequence, which influences its effectiveness in that lineage. Therefore, in general, each specific genomic alteration is considered to be a separate new animal drug subject to new animal drug approval requirements.” So every SNP is potentially a new drug, if associated with an intended alteration.

To put this in perspective, in one recent analysis of whole-genome sequence data from 234 taurine cattle representing 3 breeds, >28 million variants were observed, comprising insertions, deletions and single nucleotide variants. A small fraction of these mutations have been selected owing to their beneficial effects on phenotypes of agronomic importance. None of them is known to produce ill effects on the consumers of milk and beef products, and few impact the well-being of the animals themselves.

What is not clear is how developers are meant to determine which alterations are due to their “intentions”, and which result from spontaneous de novo mutations that occur in every generation. Certainly, breeders can sequence to confirm the intended alteration especially if they are inserting a novel DNA sequence, but how can they determine which of the random nucleotide insertions, substitutions, or deletions are part of the regulatory evaluation, and which are exempt as random mutagenesis. And if there is risk involved with the latter, why are only the random mutations associated with intentional modifications subject to regulatory evaluation? And what is the if intended modification is a single base pair deletion – will the regulatory trigger be the absence of that base pair – something that is not there?

Many proposed gene editing applications will result in animals carrying desirable alleles or sequences that originated in other breeds or individuals from within that species (e.g. hornless Holsteins were edited to carry the Celtic polled allele found in breeds like Angus). As such, there will be no novel combination of genetic material or phenotype (other than hornless). The genetic material will also not be altered in a way that could not be achieved by mating or techniques used in traditional breeding and selection. It will just be done with improved precision and minus the linkage drag of conventional introgression.

Does it make sense to regulate hornless dairy calves differently to hornless beef calves carrying the exact same allele at the polled locus? Does it make sense to base regulations on human intent rather than product risk? Regulatory processes should be proportional to risk and consistent across products that have equivalent levels of risk.

There is a need to ensure that the extent of regulatory oversight is proportional to the unique risks, if any, associated with the novel phenotypes, and weighed against the resultant benefits. This question is, of course, important from the point of view of technology development, innovation and international trade. And quite frankly the ability of the animal breeding community to use genome editing. 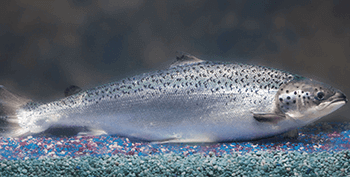 Given there is currently not a single “genetically engineered animals containing heritable rDNA construct” being sold for food anywhere in the world  (see my BLOG on AquAdvantage salmon), animal breeders are perhaps the group most aware of the chilling impact that regulatory gridlock can have on the deployment of potentially valuable breeding techniques. While regulation to ensure the safety of new technologies is necessary, in a world facing burgeoning animal protein demands, overregulation is an indulgence that global food security can ill afford.

I urge the scientific community – including those not directly impacted by this proposed guidance because animal breeders are a small community – to submit comments to the FDA on this draft revised guidance #187 during the 90-day comment period which closes April 19, 2017. There are several questions posted there asking for scientific evidence demonstrating that there are categories of intentional alterations of genomic DNA in animals that pose low to no significant risk. Centuries of animal breeding and evolution itself would suggest there are many.

There is also a request for nomenclature for the regulatory trigger as outlined in the draft revised guidance. The FDA used the phrase “animals whose genomes have been altered intentionally” to expand their regulatory reach beyond genetically engineered animals containing heritable rDNA constructs (aka drugs), but suggested that other terms that could be used include “genome edited animals,” “intentionally altered animals,” or expanding the term “genetically engineered” to include the deliberate modification of the characteristics of an organism by manipulating its genetic material. They encourage the suggestion of other phrases that are accurate and inclusive. I can think of a couple!

A version of this article originally appeared on the UC Davis BioBeef Blog as “FDA seeks public comments on regulation of genetically altered animals” and has been republished here with permission from the author.