This week’s features include: Genetic and epigenetic diversity in cancer; epigenetics is the new buzzword in beauty; and the long-lasting impact of chemotherapy.

I’m not suggesting that you shouldn’t use chemo. In fact, I would suggest that you probably should use the chemo. I’m just saying that there are some preventative things that may need to be put in place before you use the chemo if possible.

Michael Skinner, a professor in the WSU School of Biological Sciences and Center for Reproductive Biology

Genetic mutations are a root cause of cancer. But your cells don’t just ‘pick up’ a mutation and turn cancerous. In fact, a cell can rack up numerous mutations and not pose a danger. There is no set number of mutations that must be registered, but rather the trigger point depends on what genes are affected and in what cell type (among other factors). From person to person, tumors can show a wide range of genetic diversity, even among people with the same affected tissue type and stage.

Overall childhood cancers seem to have a much lower level of genetic diversity, puzzling researchers. One example is Ewing sarcoma (EWS), a bone cancer found mainly in teenagers. A single genetic defect—the EWS-ETS fusion—defines most tumors, and overall they are similar genetically, which is perplexing because progression and prognosis can vary drastically from patient to patient. A recent study, published in Nature Medicine, found that EWS tumors have a striking level of epigenetic diversity, which may explain theses observed differences.

Researchers at CeMM Research Center for Molecular Medicine of the Austrian Academy of Sciences found that EWS tumors have a striking amount of hypomethylation (a process that generally leads to the product of a gene, generally a protein, being produced in an excessive amount) on the disease-defining genetic defect. Furthermore, patients with metastatic EWS show even more alterations in methylation. This finding could help physicians identify which patients are at risk for poorer outcomes.

Epigenetics is your path to outer beauty

Maybe she’s born with it, maybe it’s Maybelline…or maybe it’s epigenetics? The cosmetics industry is beset by faddish claims that various products and tests can help make your skin younger and restore its ‘natural tautness’ by harnessing the power of epigenetics. One company, Mibelle biochemistry group, claims that a protein called royalactin, derived from bees, can induce epigenetic changes in human skin cells that “accelerate epidermal regeneration for smoother skin, activates the cellular cleaning process and reveals a more evenly toned skin.” Another, Geneu, says they can make a customized serum by looking at your unique epigenetic and genetic profile that will enhance your skin’s beauty.

The science behind these claims is shaky at best. Epigenetic changes are made onto DNA and change the activity of certain genes. But skin cells don’t have active DNA. They slowly fill up with keratin, lose their DNA and die. So a cream that targets gene expression in the skin is highly unlikely to affect your skin’s age. Unless you grow crow’s feet from worrying about your bank account as one of Genu’s tests can run you $2,200.

Chemotherapy is not perfect. Anyone who has gone through it can tell you it is a miserable process. There are a number of adverse effects that can be severely debilitating: Nausea, fatigue, pain, GI distress, hair loss, vomiting, fever, chills and rashes, and the list goes on. Most of these side effects are short-lived and if the drugs works, the results are pretty fantastic.

But for a number of chemical critics, these adverse demonstrate a far-reaching conspiracy by the pharmaceutical industry to keep us sick so they can bleed us of every last dime. (I won’t link to any activist sites, but the links are easy to find.) 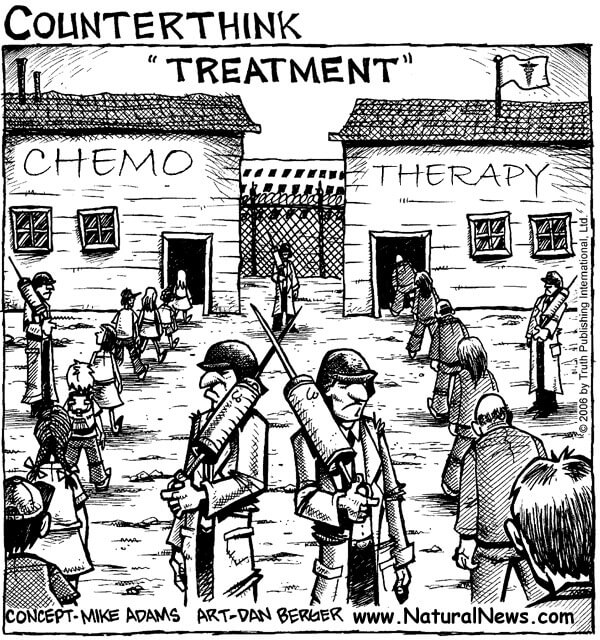 These baseless and outrageous claims cloud chemotherapy and make it difficult for doctors and scientists to seriously discussions with patients its long-lasting impact for fear a patient will elect an alternative (and ineffective) treatment.

A recent study published in PLOS One by Washington State University epigeneticist Michael Skinner highlights this struggle. Skinner found that chemotherapy changed methylation patterns in the sperm of men, which could affect gene expression during any of their offspring’s development. The study is backed up by previous research on rodents, and Skinner said his results are “very reproducible.” But his main concern seems to be how his findings might be misrepresented by activists:

I’m not suggesting that you shouldn’t use chemo. In fact, I would suggest that you probably should use the chemo. I’m just saying that there are some preventative things that may need to be put in place before you use the chemo if possible.

If alterations on the genomes of sperm are found to affect a man’s children, it is not proof of a conspiracy by industry to harm patients; nor is it a reason not to undergo chemotherapy. They merely indicate that young males with cancer may need to discuss with their physicians about taking precautionary steps to ensure that, after they receive this life-saving medicine, they can still have a healthy family. One example would be freezing their sperm before receiving their first round of treatment.