Trump Administration has opportunity to base biotech regulations on science, not fears

At least when it comes to biotechnology, President Trump’s Executive Order of 20 January freezing recent regulations provides a chance to get industry regulations right.

As currently practiced, the regulatory system is functionally locked into the grossly overestimated potential for hazardous impacts perceived when the regulatory framework, titled “The CoordinatedFramework (CF) for the Regulation of Biotechnology,” was first implemented 30 years ago.

The CF was developed by the White House Office of Science and Technology Policy (OSTP). OSTP brought together representatives of the three federal agencies seeking to regulate commercial applications of biotechnology to develop this guidance document.

These were the Animal and Plant Health Inspection Service (APHIS) at the U.S. Department of Agriculture (USDA), the Environmental Protection Agency (EPA) and the Food and Drug Administration (FDA).

The CF was written before we knew much about how organisms modified by the modern molecular methods (aka biotechnology) would be different from those modified by traditional methods when they came into use outside of laboratories. People worried a lot about unforeseen hazards, so the main objective of the CF was to find ways the new products could be captured for regulatory evaluation under existing statutes. 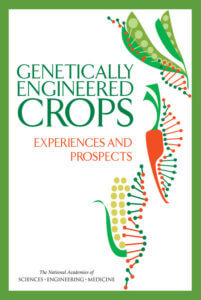 modified organisms (GMOs). We can say with confidence that no hazards have emerged that can be attributed to using biotechnology methods. Crops modified by such molecular methods have been in commercial production for two decades with no evidence of harm to either human health or the environment, according to a last year’s report from the National Academies of Sciences, Engineering and Medicine. Older overviews, including a 2010 report on a decade of EU-funded GMO research, have likewise failed to identify hazards unique to the use of the modern molecular modification techniques. By contrast, the economic and environmental benefits have been substantial.

So a restructuring of the regulations to reflect growing scientific evidence and experience was overdue. What makes this challenge especially urgent is recent rapid development of new genome editing techniques based on the CRISPR/Cas9 system and various composite enzymes, such as TALENS, that cleave double-stranded DNA at specific sequences. These can be used to create the same kinds of genetic changes (mutations) that underlie all of plant and animal domestication, blurring the distinction between natural mutations (not regulated), mutations induced by chemicals and radiation (not regulated) and mutations created by the new enzyme systems.

In 2015, President Obama requested a reexamination of the CF. The OSTP issued a memorandum to the heads of the Food and Drug Administration, the Environmental Protection Agency and the United States Department of Agriculture titled “Modernizing the Regulatory System for Biotechnology Products.” This initiated an interagency effort that was to include the objectives of “….reducing regulatory burdens and avoiding unjustifiably inhibiting innovation, stigmatizing new technologies, or creating trade barriers.”

But that didn’t happen – and therein lies the opportunity. In late 2016, the interagency working group produced an update of the CF that – in many, many words – says which agency is responsible for which type of biotechnology product. It didn’t say anything about easing the regulatory burden in the light of evidence and experience.

And neither did the second document they produced, titled “National Strategy for Modernizing the Regulatory System for Biotechnology Products.” This one outlines ways the responsible agencies can learn about new technologies and how they can better inform the public – and potential product developers – what they need to do to comply with the regulations.

The devil, of course, is in the details – the rules – published in draft form in the Federal Register on January 19, 2017. In the new proposed rules, APHIS (the USDA’s Animal and Plant Health Inspection Service) acknowledged that experience had taught the agency that biotechnology methods do not produce plant pests, the fear of which was their original regulatory rationale. So they have come up with a new rationale, proposing to focus on the possibility that molecular genetic modification (GM) might produce noxious weeds.

So what the USDA seems to be saying is that even though biotechnology hasn’t turned a crop plant into a plant pest, we now have to worry that any kind of genetic change might turn a non-weed into a weed. No evidence. Just concerns. What they give with one hand, they propose to take away with the other.

Then there is the FDA’s draft guidance for genetically modified animals. The FDA proposes to regulate all animals with “intentionally altered genomic DNA” as new animal drugs! That is, except certain GM mosquitoes, which they’re turning over to the EPA to regulate as pesticides. 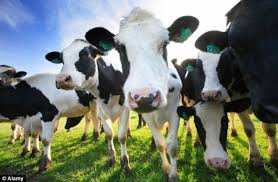 So even if the genetic change produced by a modern method is exactly like one that occurs in
nature, the animal must be regulated. Take hornless cattle. There are hornless beef cattle, but not hornless dairy cattle. Since horns are dangerous, dairy cattle are physically dehorned, a painful process. Scientists have produced hornless dairy cows by using genome-editing technology to disrupting the same gene in dairy cattle that a spontaneous mutation disrupted in beef cattle. FDA’s proposed rules would make the gene-edited dairy cattle a new animal drug. How much sense does this make? What’s the likelihood of an animal-calssified-as-a-drug making its way through the approval process?

These rules were just published or are just being published as draft guidance, so they’re subject to President Trump’s Executive order titled “Regulatory Freeze Pending Review.  Might it be possible to go a step further and revamp the entire existing regulatory framework for agricultural and environmental biotechnology using the CRA (Congressional Review Act) and the new executive order mandating the revocation of two regulations for every new one adopted?

The scientific evidence of safety is in. Genetic modification by modern methods is as safe or safer than the still unregulated older methods, such as chemical and radiation mutagenesis, used for most of the last century. Existing regulations have protected us from nothing but our fears. Those fears may have been justifiable thirty years ago, but we now know them to be unjustified. Yet the original CF remains in place and is still applied only to organisms modified by biotechnology methods. This continues to cost millions of dollars, jobs, and opportunities to innovate. 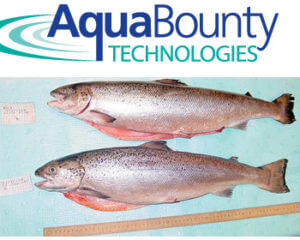 The multi-million dollar cost of regulatory compliance is out-of-reach for public sector researchers and a crushing burden to private sector companies. And the time required to gain regulatory approval is outrageous. The FDA, for example, took more than a decade to approve the AquaBounty’s GM salmon and more than 7 years to approve the first trials of Oxitec’s GM mosquito (both companies are now subsidiaries of Intrexon).

Regulation must focus on the product, not the process by which it was created. And it’s time to regulate only real hazards, of which there is a small number. The vast majority of agricultural applications represent minor tweeks of well-known organisms, from grains, fruits and vegetables, to chickens, pigs and cows. These can easily be classified as GRAS (generally regarded at safe) and don’t need regulation.

Real regulatory reduction can substantially decrease the cost and time it takes to improve an agricultural organism through biotechnology. If done properly, it will unleash innovation and create jobs.  GM crops, animals and microorganisms can make – and already have made – critical contributions to expanding the world’s food supply. Best of all, they can do this biologically, decreasing agriculture’s environmental footprint and making it more sustainable.

This opinion piece was first published in shortened form on AgriPulse on February 6, 2017.