Too much knowledge? Should you sequence your baby’s genome?

In Frank Herbert’s Dune, a race called the Bene Gesserit possess superhuman powers, used to silently guide humanity into the world they want to produce. One such power is their ability to control every inch of their physical bodies. We aren’t close to that yet, but our ability to sequence a baby’s genome is pushing us into a brave new world, one in which early knowledge could change the course of a child’s life.

Is there such a thing as having too much information about the health of your newborn? Would you want more than what’s offered by the heel stick blood test — required for babies born in the US – that screens for more than 30 heritable, and treatable, conditions? Whole genome sequencing costs are rapidly falling and pushing our society toward the day when we will have to decide whether additional genetic analysis should be included in the standard newborn screening program.

Certainly there are risks – both emotional and legal — associated with an expanded look at a child’s genetic makeup. You could, for example learn that your child has a high risk for developing an incurable disease. That’s why some parents might see it as a kind of Pandora’s box, offering up information they might prefer to not have.

Yet there could be significant benefits that come with a deeper understanding of a child’s genetic makeup, and accompanying risk factors for various disorders. It could lead to timely molecular diagnosis and highly tailored treatments. There also is increasing evidence that quick sequencing can be useful in the acute care of infants with genetic diseases in neonatal intensive care units.

Routine newborn screenings have essentially eliminated the risk of death, brain damage and other complications related to a range of more than 30 disorders, including phenylketonuria. Gene sequencing opens the possibility of significantly expanding the portfolio of potential disorders that could be detected. The combination of genetic sequencing and our improving ability to interpret genes carries great potential for newborns – particularly if tests are implemented broadly. Instead of the single assays that are currently used, sequencing can examine the entire genome of the baby, offering a much wider look at health factors.

So, if genetic screening could save a baby’s life, why are some people reluctant to support it? My initial reaction is: Why wouldn’t you want this? After all, there are clear benefits of sequencing, including the rapid diagnosis of rare disorders, and a better understanding of risk factors that could affect the child later. Among many examples of early testing in children are next generation panels for inflammatory bowel disease and Pompe disease. 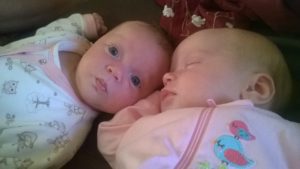 Still, there are many technical and legal issues that could come into play. Included among them is the storage of sensitive information, implementation of pipelines for sequencing among hospitals, interpretation of results, and integration of novel technologies with current testing policies. And perhaps most troubling are the ethical dilemmas: How much do parents want to know about conditions for which there are no treatments?

Related article:  Searching for infectious canine cancer in the shadow of Chernobyl

Key factors affecting parental choice include the accuracy and privacy of the results. Could the information to be used to discriminate against a tested child? Currently, federal laws prohibits employers or health insurers from discriminating on the basis of genetic information. But those laws don’t apply to life insurance, disability, or long-term care insurance.

The American Society of Human Genetics has taken the position that only newborns with undiagnosed illnesses should undergo genome sequencing, with only the suspect genes being analyzed.

Though the field is in its infancy, there already are databases, such as the Phenomizer, that keep track of gene variants known to cause problems in newborns. A doctor can enter a list of symptoms, and receive a list of genes that could be involved in the presented problem. These genes would then be sequenced to look for aberrations or mutations. But before this type of screening could become widespread, there would have be considerable testing in hospital settings and the costs would have to be more manageable – many of the instruments are not yet available on the commercial market.

There are national organizations and private companies studying the potential of newborn sequencing. Among them is the BabySeq project in Boston, which is collecting data to quantify the risks and benefits of DNA sequencing at birth. Early study results were presented at the American Society of Genetics annual meeting in late 2016. It offered insights into the pros and cons of testing, as well as emerging concerns.

The implications, challenges and opportunities associated with sequencing of babies are also being studied by the Newborn Sequencing in Genomic Medicine and Public Health program. The group is looking at a range of issues, including how sequencing can augment current testing and what sort of information new tests could provide.

There are, however, already private companies offering consumer testing kits for kids. More information can be obtained through sites such as Baby’s first test. However, the same ethical conundrums remain. The peace of mind that comes with knowing, or not knowing, rests in the hands of the parents.

Sandra Smieszek is a postdoctoral fellow in the Department of Epidemiology and Biostatistics at the Institute of Computational Biology. Her research focuses on translating biomedical ‘big data’ with the aim of elucidating the genetic underpinnings of complex traits and disorders with emphasis on Alzheimer’s, HIV, and autism. She is additionally conducting research in the area of Food Security. Follow her at @S108801S