4 human genetics organizations that put ideology ahead of science

[Editor’s note: This is one part of a two-part series examining organizations that place ideology ahead of science when opposing advances in genetics. The companion piece on NGOs that misrepresent the science about food, farming and biotechnology can be found here.]

The science of human genetics touches our lives in a wide range of ways. We have expanded our knowledge of how the brain works, what race is (and isn’t), how we can determine guilt or innocence in crimes, and even why we may behave the way we do. For some, including certain non-government organizations, this is scary stuff. Clearly, the human genetics arena is not as volatile as on the one comprising GMOs and agriculture. But here we look at several of these groups. Some of their concerns may be legitimate (genetic privacy and false results from forensic DNA tests, for example), but there are times when they leave science behind when expressing concerns about frightening—but unlikely—scenarios.

GeneWatch UK is a nonprofit advocacy group, founded in 1998 and based in Buxton, England, that opposes the use of GMOs in agriculture. The group also opposes gene patents as well as the genetic modification and cloning of animals.

GeneWatch supports genetic modification only when there is no alternative to alleviate human (or animal) suffering. The organization also presumes that genetic engineering will lead to biological weapons. The group also has raised concerns about the storing of genetic information in databases and has pushed for regulations prohibiting discrimination by employers, insurers, police or others in official positions.

GeneWatch is skeptical that gene therapy or modification could lead to the development of personalized medicine or even treat the majority of diseases. It also believes that genetic testing does a poor job of identifying cures for diseases. According to GeneWatch:

Genes are poor predictors of common complex diseases in most people and targeting a minority of ‘genetically susceptible’ individuals is usually a poor health strategy. The health impacts of smoking, poor diets, poverty and pollution are not limited to individuals with ‘bad genes’ and require population-based preventive strategies (such as providing better sports facilities, healthier school meals and banning fast food ads to children).

While genetic testing and the development of “precision medicine” has had its uncertain starts and failures, many of these initial setbacks have been due to lack of sufficient data on specific genetic markers in disease, and not on a conceptual failure of the role of genetics in disease.

ETC Group (full name: Action Group on Erosion, Technology and Concentration) was renamed in 2001 from the former Rural Advancement Foundation International (RAFI), which traces its roots to the 1930s-era National Share Croppers Fund. RAFI was an advocate for farmers’ rights, opposing what termed “seed monopoly laws” and genetic modification in agriculture. RAFI changed its name to ETC Group to ensure non-profit status in the United States. The Canadian group is based in Winnipeg, Manitoba.

In the 1990s, its focus expanded from agriculture and GMOs to include human genetic issues, such as “biopiracy,” human genomics and nanotechnology. The group says it was “one of the first organizations to warn of the downside of genetic engineering of crops and livestock and has since kept an eye on developments in human biotech, synthetic biology, biowarfare and industrial biotech.”

On synthetic biology, for example, ETC Group has called for stricter regulations, arguing: “Synthetic biologists, engaged in a kind of extreme genetic engineering, hope to construct designer organisms that perform specific tasks such as producing biofuels or other high-value compounds.” The group has even issued a comic book outlining these concerns, and argues that there is a lack of oversight of synthetic biology.

This is an oversimplification. The actual field is nowhere near the stage of creating monsters in the lab; instead, most synthetic biology consists of sequencing and assembling existing genes and oligonucleotide sequences for experimentation. If such genetic engineering efforts do indeed mix or edit existing genomes, regulations do exist to monitor these developments, beyond the Precautionary Principle recommendations under the Convention on Biological Diversity, the 1992 United Nations treaty that covers a variety of biological issues, including the genetics use restrictions.

Related article:  Costs and benefits need to be assessed in weighing bans on glyphosate and neonicotinoids

The Council for Responsible Genetics, based in Cambridge, Massachusetts, was founded in 1983. The organization says it reviews scientific data and analyzes where the information can influence policy.

One of the Council’s major issues is genetic privacy. It has expressed concerns about a lack of adequate regulation to protect people with a genetic propensity toward disease. To organization worries that consumer genome companies like 23andMe can use individual’s genetic sequences without regulatory oversight, and that DNA samples can be obtained, bought, sold and transferred with similar impunity. 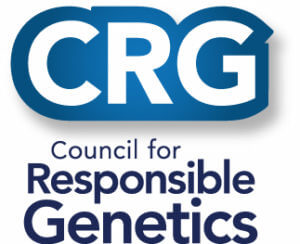 These concerns have been met with some opposition from scientists, who use DNA samples while researching genetic links to diseases, distribution of traits among and within certain populations, and to gain insights into how genes create and maintain us. However, there have been mistakes and abuses arising from access to DNA. 23andMe, for example, had to stop selling genetic tests that predicted risks of disease at the request of the FDA, but resumed its consumer testing service with some modifications.

The science is no longer theoretical. We need to start putting laws into place to identify where the line should be drawn in terms of governance of these techniques.

The organization also has published a number of what it calls “gene myths,” demonstrating its skepticism of the value of genetics research in a number of areas, including population genetics, the genetics of race, the role of genes in mental disorders, “published claims assert that genes exist for marital infidelity and for voting behavior, and that genetic tests can accurately predict children’s success in particular sports.”

These are rather simplistic claims, since while genes, for example may not predict voting behavior, they can help us understand the evolution of certain behavioral traits (aggression, attraction for authority) that may have a genetic component.

Center For Genetics and Society

The Center for Genetics and Society, based in Berkeley, California, was originally known as the Exploratory Initiative on the New Human Genetic Technologies before it was reorganized and renamed in 2001. It was created with the stated goal of “alerting dozens of leaders of scientific, medical, women’s health, environmental, human rights, social justice and other constituencies to the need for policies addressing the new human genetic technologies.”

The organization supports genetic research that can result in improvements in health. According to CGS, “biotech tools and practices have the power to promote or undermine individual well-being and public health, to create private fortunes or advance the public interest, and to foster or threaten a just 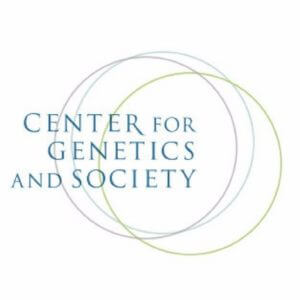 It wants a ban on any genetic technology that would “fundamentally change the nature of the human species”–in other words, anything involving alteration of the ‘germ line.’ These technologies include human cloning, particularly reproductive cloning, and mitochondrial DNA replacement therapy.

Other technologies of concern include in vitro fertilization (IVF), due to pre-implantation genetic diagnosis and commercial gestational surrogacy, which the group says is conducted with little government regulation or oversight. CGS also is concerned about the use of chimeras or hybrid organisms for research, because of the question of legal or moral standing of a human-animal chimera.

Such concerns are moral based on arguments, with possible legal repercussions, but are not necessarily grounded in science.