Status climb with caution: Social mobility may take a toll on our DNA

The Dalai Lama supposedly had a famous quote that’s gone viral on social media: When asked what surprised him most, he replied:

The quote goes on but the esteemed monk probably didn’t say it — it appears to have been written years earlier by a British missionary named Jim Brown. But the late Mr. Brown didn’t get millions of hits. And just as the myth of the Dalai Lama overlooked the original author of a valid observation, so the myth of social ascendance may have overlooked the same message — the costs of scaling the social ladder.

In many modern societies, such as the United States, Europe and even today’s China, “moving on up” in social status has become an acceptable, if not heavily encouraged, goal for young men and women. And many social programs have been established to help teenagers (in particular) climb the social ladder. But one group of researchers proposed that such social movement may come at a cost. Jim Brown or the Dalai Lama may have been right, after all.

Gregory Miller, a psychologist at Northwestern University, and colleagues found that after studying rural, mostly low-income African-American teenagers growing up in Georgia, some of the youth maintained optimism and persistence despite the odds against them, and avoided the traps of depression, substance abuse, and overt aggression that plagued their less “successful colleagues.” Miller and his group indicated that “self-control” among this group — the ability to resist short-term temptation and focus on long-term goals — was a major reason for this success.

But the success came at a price. By the time the youths, first studied at 17, turned 22, DNA analysis showed a cellular aging process that was far ahead of their less “successful” peers. Older cell, of course, are connected to health problems, including cancer and other diseases associated with aging.

The researchers used a relatively new method of estimating cellular aging, which originated from epigenetics research. DNA methylation, which consists of the addition or removal of a chemical methyl group at a specific point in a DNA strand, was first seen to help regulate gene regulation and the differentiation of cells during development. Since that discovery, DNA methylation has been linked to cellular changes seen during the aging process, although it is by no means the only cell process with such associations. Some have speculated that reversing DNA methylation could possibly increase lifespans, but the relationship between epigenetics and aging is so new that virtually nothing is known.

What are the barriers?

“Those kids who come from really challenging backgrounds but nonetheless do well in terms of psychosocial outcomes—by their early 20s have cells that look quite aged relative to their chronological age,” Miller said. And even among successful African-American executives, a Harvard School of Public Health study postulated that limited networks, financial and emotional support, discrimination, and a “hypervigilance” over their own work contributed to poor sleep and the possibility of other health problems.

The study may help design social programs that not only encourage more youth to find ways out of disadvantage, but so do while maintaining their health.

But will focusing on self control achieve this? It’s one of many behaviors that are learned, not inherited, and other high-achieving youth from disadvantaged backgrounds point to other factors that added to their success, such as self-perspective, the connection between actions and consequences, and other issues. Then there’s the value of support. 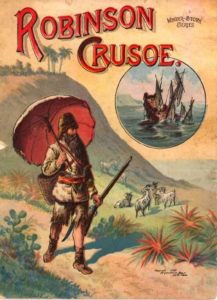 One issue that Miller’s group did not study is the wavering support of social climbing that’s occurred in various societies of the last few centuries. In the famous British novel Robinson Crusoe, poor Robinson starts running into serious problems the very moment he sets sail away from his family’s ambitions for him. China, of course, has drastically changed from an Imperial, almost feudal society to a Communist, one-class system to what now may have out-capitalized more entrenched capitalist societies. People trying to move up through these cultures may have experienced what psychologist Sherman James decades ago termed “John Henryism”, after the legend of the steel-driving man who died competing with technology — goal minded, success-striving people who try to defeat the odds, but die trying.

Another issue is that the “symptoms” of living in disadvantaged circumstances (stress, hypertension, insulin resistance and chronic inflammation) do not occur in everybody living in these conditions. Canadian researchers found that some individuals developed coping mechanisms that involved accepting their current lot, adjusting to their environments and maintaining self-esteem and determination. Those who had these attitudes escaped the health problems associated with their economic surroundings, leading the authors to suggest that there may be more than one way to successfully use self-control.

Maybe it’s not all about the money.