Nearly a year after the National Academies of Sciences issued a lengthy report on GMO crops, debate is swirling among scientists who disagree on both the findings and the approach used to generate the paper.

The 584-page report, “Genetically Engineered Crops: Experiences and Prospects“ was released in May 2016. The findings were challenged in December by a pair of prominent scientists and genetic policy experts in a letter to the editor, published in the journal Nature Biotechnology and, later, by the Genetic Literacy Project. Now, members of the committee that created the report — along with a group of scientists who reviewed it — have offered a defense, also in letters published in Nature Biotechnology.

Questioning the May 2016 report were Val Giddings, senior fellow at the Information Technology & Innovation Foundation and a former vice president for Food & Agriculture of the Biotechnology Industry Organization, and Henry Miller, a fellow at the Hoover Institution, formerly with the US Food and Drug Administration. They argued that the report contained “important inaccuracies” and omitted key information, and that it failed to offer adequate background on the complex subject.

Most important, it muddies the debate about yields of GE crops compared with ‘conventionally’ bred crops, gives undue credence and prominence to views backed by paltry peer-reviewed evidence, and provides precious little direction to policymakers on how to recalibrate the regulatory framework to emphasize science-based risk assessment and reduce discrimination against GE products compared with non-GE products.

They also criticized the authors’ efforts to include input from the general public:

Science is not democratic. The citizenry do not get to vote on whether a whale is a mammal or a fish, the temperature at which water boils, or whether the number “pi” should be rounded off. There is no such public consultation with respect to the introduction of a new kind of flu vaccine or of new techniques of cardiovascular surgery. How does it make more sense to impose such preconditions on the introduction or regulation of new plant breeding technologies? 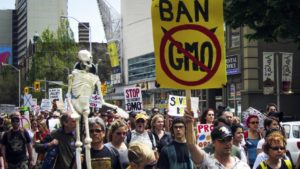 And for not offering stronger guidance for policymakers, based on scientific evidence supporting the safety of GMO crops:

In conclusion, the 2016 NAS report contains far more equivocation than the data justify. Despite abundant, unambiguous lessons from experience, it fails to offer US policymakers clear, concise conclusions and recommendations on the single most salient and critical policy issue—the need for regulatory rationalization to make government oversight of new plant varieties scientifically defensible and risk-based.

The debate carried over into the April issue of Nature Biotechnology, which included rebuttals from two groups of scientists, as well as a follow-up from Giddings and Miller.

In the first letter, the members of the NAS committee said Giddings and Miller misrepresented the report’s findings, were factually incorrect and were in favor of “an authoritarian role for science that we contend has proven counterproductive.”

We relied on many sources of evidence, especially the peer-reviewed literature from the past 20 years. When specific positive or negative evidence was strong, we pointed that out; when the evidence was weak we pointed that out as well. It should be noted that our 20-person committee, drawn from diverse fields of expertise, examined the evidence from many perspectives before coming to a consensus on the report’s findings and recommendations. It is not surprising that our detailed conclusions, which are often crop-, trait-, and context-specific, do not sit well with those who want blanket approval or condemnation of all GE crops.

In defense of soliciting public input, the committee wrote about what they see as a need to gain the public’s acceptance of biotechnology’s advances:

This boils down to a matter of trust. Trust in the science behind the process, but particularly

trust in the regulatory process that ensures thorough review—including complete and open public involvement”. The approach to governance endorsed by Giddings and Miller is unlikely to generate such trust.

The second letter was authored by members of the Forum of Scientific Society Leaders, which had been assembled to review the NAS report before it was released. The authors said they agreed with findings in the report that noted a lack of scientific evidence showing that GE crops cause any serious health or environmental problems. But, they wrote:

At the same time, we applaud the report for not overstating what is known about potential short- and long-term health, environmental, and socioeconomic implications of emerging GE traits. Giddings and Miller criticize the qualified language of the report because they were hoping for the NAS to “overtly back GE crops.” But in our view, the more nuanced phrasing in the NAS report represents a balanced and objective reading of the peer-reviewed evidence. 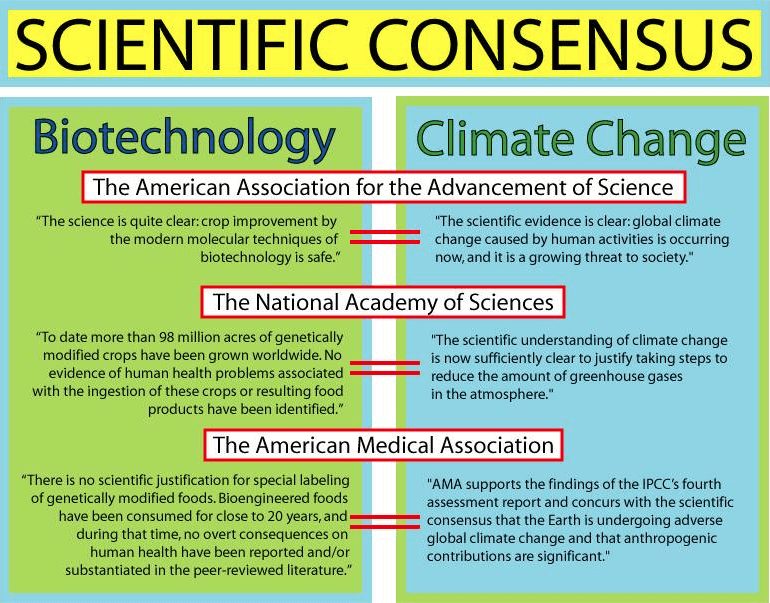 They also objected to criticism of the report for not providing more guidance to regulators:

The NAS report is quite clear that scientific evidence would support a different approach in which “it is the product, not the process, that should be regulated” (p. 26). We note that the committee’s core task was to conduct a broad review of the scientific evidence about purported negative impacts and benefits associated with GE crops, and to review the scientific foundation of current safety assessment processes. The committee was not asked to give specific guidance to regulatory agencies.

In a rebuttal letter, Miller and Giddings reiterated their concerns over what they saw as the report’s failure to provide clarity regarding the safety of GMO foods and the need to reduce regulation of these products.

In developing countries in particular, the combination of poverty, government corruption, and unnecessary case-by-case regulatory reviews is toxic. The NAS panel had an opportunity to point this out, to ease the path to greater
food and economic security for those most in need. They failed to seize it.

And on the issue of public trust, Giddings and Miller argued that the existing regulatory landscape sends the wrong message to consumers:

We believe that the current excessive and unscientific regulation at the US Environmental Protection Agency (EPA), USDA and FDA (and other agencies) erodes both public understanding and trust, and exacerbates skepticism about the safety of genetically engineering products. The NAS could have helped repair this policy miscarriage. It did not.