Is it true there are no long term GMO safety studies?

Anti-GMO activists have long demanded that scientists extend the duration of animal studies to evaluate the risks of genetically modified food and feed. In 2013, writer Tom Philpott began hyping the now-discredited Gilles-Éric Séralini study on GM corn and rats in Mother Earth News. He framed the study as the “longest-running GMO study” (at two years) — which was not accurate. Later that year, Australian researcher and anti-GMO advocate Judy Carman released a study on pigs, this one clocking in at 154 days, and claimed that the longer-term study found differences in inflammation among pigs fed GM feed.

The actual data from these, and other, studies, does not actually support the claims of harm made by the authors. But that hasn’t stopped activists from demanding animal feeding studies of increasingly longer durations, even up to 30 years.

Currently, about 100 studies longer than 90 days have been conducted on GMO products in animals for risk assessment purposes. Only the infamous Séralini and Carman studies have raised serious safety issues. The bulk of the studies on GMOs — more than 2,000 — are 90 days or shorter, in line with accepted international guidelines. But anti-GMO activists continue to suggest “no long term studies” have been done. Mischa Popoff, a former organic farm inspector who is now with the Heartland Institute, wrote:

Organic activists used to predict that negative health impacts from consuming GMOs would be rather immediate, within a year or two, 10 years tops. But as more major crops were genetically modified and the overwhelming majority of farmers adopted them, and as the years drifted by, organic activists found themselves at a loss for an explanation. We began to hear demands for long-term, multigenerational studies from within organic circles. 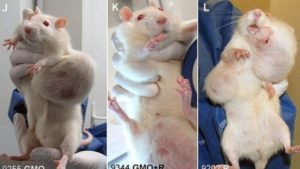 And many animal studies may not even be valuable, or even scientifically justifiable. Bruce Chassy, professor emeritus of food safety and nutritional sciences from the University of Illinois and co-author of an International Life Science Institute (ILSI) paper that set standards for food safety research, questioned the validity of longer animal feeding studies:

Animal studies are weak, lack power and have no hypothesis. If you study 500 parameters you’ll find something different between test and control groups. The longer you study, the more likely you will see differences between them. If you just look at a lot of data, and try to correlate with something, you’re more likely to make a false correlation than a true one. The few studies by anti-GMO activists cite significant differences but not actual harm.

Here is a partial list of dozens of studies longer than 90 days (more here) on GMOs — none of which has shown serious safety issues:

What do the world’s top regulators require?

In 2013, the European Union required a 90-day rodent feeding study for every GE transformation that’s introduced in feed or food. However, the European Food Safety Authority (EFSA), which provides independent scientific advice to inform food safety in the EU, has stated that this kind of testing is needed only when a specific hypothesis needs to be tested, such as a change in molecular, metabolic pathway or phenotypic characteristic. The United States, New Zealand and Australia do not require these feeding studies. 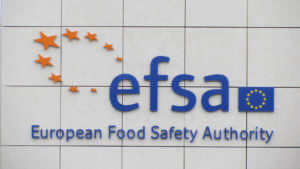 The EFSA has clarified the data requirements for assessing the risks of GM plants in the EU. In that clarification, the agency stated that it does not require animal studies — of any length. Instead, the agency re-emphasized that it was interested in comparisons between GM and the equivalent conventional plant, including data on observable appearances, yield, and pesticide tolerance. Only if those comparisons indicate a possible hazard should more detailed studies to better understand the nature of the hazard and risk be required (i.e., a hypothesis-driven approach).

The Codex Alimentarius, which documents the rules for food safety established by the UN’s Food and Agriculture Organization (FAO), also calls for specific hazard assessment (i.e., identification of any chemical or allergen that may be present in the GM variety) but not for long-term, feeding studies.

The regulation of genetically modified food and feed is an exception in the consumer products world (outside of prescription drugs and pesticides, which are necessarily regulated quite differently). They are the only food (and one of the few consumer products) that is evaluated for risk before entering into the market. Conventional foods, including organic and those having undergone radiation or hybridization to produce certain traits, do not undergo this same testing in most places in the world (Canada being a notable exception).

Even for cosmetics in the United States, the FDA does not require animal tests unless searching for a suspected or known hazard. The FDA does issue guidelines on the use of rodent and non-rodent species (dogs) in toxicity studies, including studies that last more than a year, but these studies are hypothesis-driven evaluations of specific hazards. In the United States, government agencies have even urged testing for consumer products to be conducted in vitro, and to avoid the use of laboratory animals when possible.

In 2016, the EU announced the results of a GMO Risk Assessment and Communication of Evidence (GRACE) 90-day feeding study of MON810 corn on rats. They also studied the rats for a year. The 90-day study didn’t produce anything that would have justified a longer-term study and the results of the one-year study corroborated the validity of that conclusion.

Data collected by GRACE showed that non-targeted feeding studies could lead to randomly generated significant differences between animals fed with the GM test material and animals fed with a controlled diet. Such results are not informative for risk assessment.

As such, GRACE data supports the scientific reasoning that feeding trials with whole food / feed may provide an added scientific value for the risk assessment of GM crops, but only in case a trigger is available from the initial molecular, compositional, phenotypic and / or agronomic analyses.

With the introduction of newer, “second generation” GM crops, food and feed starting to enter the regulatory and market pipeline, putting “long-term” into proper perspective has (almost) never been so important. We now have 20 years of data on existing food, with no documented adverse effects.