The study carried out in Colombia by the Brazilian agro-consultant Céleres for the Agricultural Plant Biotechnology Association (Agro-Bio) found that biotechnology is a very valuable tool for farmers. The benefits of genetically modified (GM) crops in Colombia from 2003 to 2015 reaffirm the importance of this technology for agriculture and its immense potential for field development and agricultural self-sufficiency.

The study found that biotechnology is an invaluable tool to achieve greater crop productivity, as well as being an effective tool, capable of contributing to better agricultural practices, which reduce pressure on natural resources and the environment.

[Editor’s note: The article has been translated from Spanish.]

Given the results obtained by the study, it is possible to demonstrate how significant the contribution of genetically modified (GM) crops to the country is and how it is able to provide benefits in the protection of natural and economic resources to agricultural professionals. 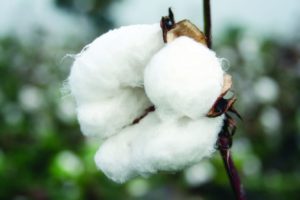 The study also shows that in a scenario in which Colombia is self-sufficient in maize, cotton and soybeans, thanks to a more intensive use of agricultural biotechnology, the total water savings over a 10-year period will be 600 million gallons of water, enough to supply 57,700 people in the indicated period.

The reduction in the use of water adds to the saving of diesel gallons in tractors and sprayers, due to the smaller spray of agricultural inputs, reached a total of 820,000 gallons saved from 2003 to 2015. This saving in diesel means to take out of circulation 1,290 vans for 12 years, which means 8,200 tons of CO2 that were not emitted and equivalent to the preservation of 60,600 trees.

The study reveals that since the adoption of GM crops until the 2015 planting season, the total economic benefits achieved were $237 million. Of these benefits, the largest beneficiaries were the rural producers with a total of $171 million or 68 percent of the total generated ($138.5 million due to increased productivity and $22.8 million due to reduced production costs), while the seed industry was left with $75 million or 32 percent of the total accumulated. 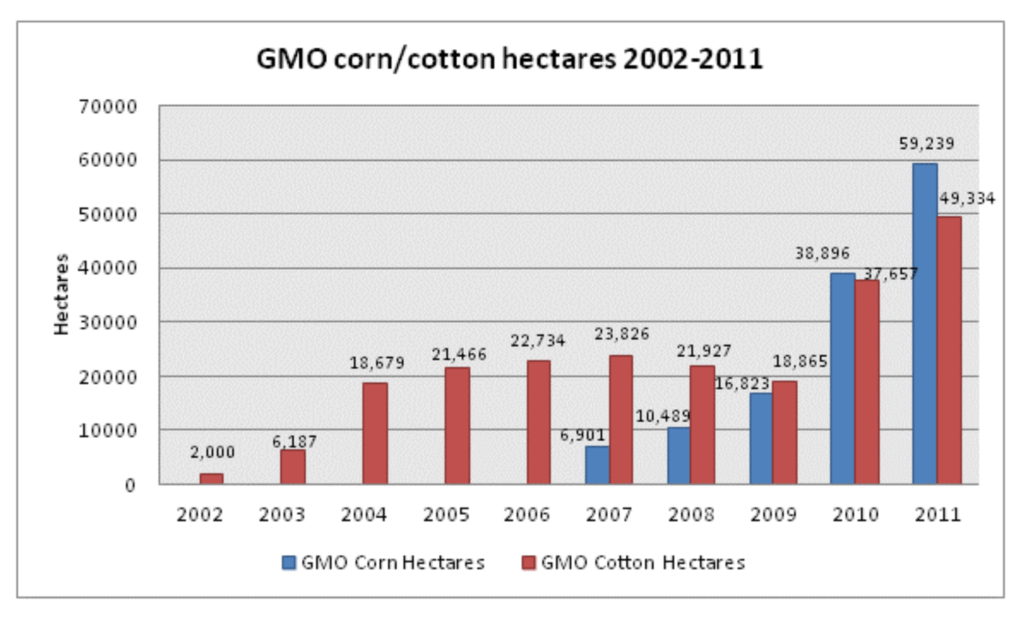 The study reveals that farmers who planted GM cotton got a 55 percent increase in operating margin, thanks to the use of biotechnology. On the other hand, the farmers of GM corn obtained a margin 35 percent superior, compared to the conventional crops. 77 percent of corn farmers say that it is worth paying more for biotechnological seeds because of the final increase in crop productivity and the added value of GM seeds.

In the projection of the 10-year study, which assumes that Colombia as a self-sufficient country in cotton, maize and soybeans, the economic benefit from the adoption of GM crops will be $1.05 billion.

A version of this article appeared at Agro-Bio as “Los beneficios de los cultivos transgénicos en Colombia de 2003 a 2015” and has been republished here with permission from the author.

Daniel Norero is a biochemistry student and works in the Laboratory of Molecular Plant Pathology at the Catholic University of Chile. Follow him on Twitter @DanielNorero.