Why identifying ‘autism genes’ is so elusive

The public has been watching the train of fear-driven claims about what causes autism as if it’s ready to run off the rails; each time a vocal advocate of one theorized causal factor or treatment comes forward with an emotionally charged explanation, that runaway train is diverted to a different track, confusing the public even more.

The problem with all of these claims is that this train carries a tremendous amount of momentum—social momentum that causes incredible numbers of parents to question proven healthcare and therapy practices and make foolish choices such as under-vaccinating their children. The other problem is that these claims divert public perception from accurate thinking about the actual science behind autism, or more accurately, autism spectrum disorder.

The causes of autism remain a mystery in much the same way that cancer remains a mystery: there are undoubtedly many influences. What we are learning is that random environmental factors appear to play far less of a role than once thought, and not nearly as much as genes. How much is autism is “in the genes”?

That’s unclear. We do know that there aren’t a few easily identifiable “pure” autism genes. A study published in Biological Psychiatry used data of 2,576 autism simplex families found in the Simon Simplex Collection to try and see if a homogenous group of autism patients could help them in their search for purer autism genes. They found no such homogenicity when children with similar autism traits and severity were grouped and their genetic data analyzed.

One way to control for the effect of genes when doing research is to look at genetically homogeneous groups. One of the best ways of understanding what effect genes do—and don’t—play in certain diseases and disorders is to look at human twins. 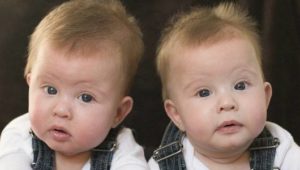 Research in the Journal of the American Medical Association Psychiatry found that the genetic heritability of autism spectrum disorder is high compared with other factors. In fact, the researchers found that 56 percent to 95 percent of the effect is estimated to be genetic, according to a study of 258 twins suggests. (Genetic influences on autism are estimated to be between 74-98 percent according to research by the Medical Research Council in the UK.)

If one identical twin has autism spectrum disorder, the other twin has a 76 percent chance of also being diagnosed with it, according to the study. The numbers were lower for fraternal twins. The percentage of fraternal twins who each share an ASD diagnosis is 34 percent for same-sex twins and 18 percent for boy-girl pairs

We know that genes are the primary driver of autism. We don’t know which genes, however. “There may be perhaps hundreds of genes that contribute to autistic traits,” said Francesca Happé of King’s College London.

It’s important to note that the authors of this twin study found a significant effect of environment, but the effect of environment was about one-half to one-third as the genetic effect. “Some parents are concerned whether things like high pollution might be causing autism,” Happé noted.

“We are still a long way from knowing what leads to autism,” added Dr. Judith Brown, of the UK’s National Autistic Society. “Autism is a highly complex story of genes not only interacting with other genes, but with non-genetic factors too.

This large population-based twin sample is significant because it helps us to understand much more about the role genetics play in autism and opens up the possibility of whole families gaining a better understanding of a condition they may share.

However, we are still a long way from knowing what leads to autism. What people with condition, their families and carers need most of all is access now to the right kind of support to be able to lead full lives.

The genetic underpinnings of autism were further underscored by a study that found that child prodigies share some of the same genetic variations with people who have autism. The Human Heredity study involved five child prodigies and their families—not a large sampling. These shared genetic markers occur on chromosome 1, according to Joanne Ruthsatz, co-author of the study and assistant professor of psychology at Ohio State’s Mansfield campus, who worked with a team from Ohio State University and Nationwide Children’s Hospital in Columbus.

The researchers have not identified the actual mutations. “We now know what connects prodigy with autism. What we want to know is what distinguishes them,” said Ruthsatz. “We have a strong suspicion that there’s a genetic component to that, as well, and that’s the focus of our future work.

Another small study, published online in the International Journal of Epidemiology, found a possible association between the disorder and a father’s epigenetic tags, which help regulate genes’ activity. Doctors can detect epigenetic changes by testing sperm. 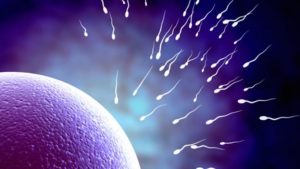 Researchers identified more than 190 sites where the presence or absence of a tag was statistically related to whether the father’s child would show early signs of autism. “If epigenetic changes are being passed from fathers to their children, we should be able to detect them in sperm,” said Professor Daniele Fallin, said co-lead investigator, professor and chair of the Department of Mental Health in the Bloomberg School of Public Health.

There has also been novel research looking at blood-based biomarkers to identify autism spectrum disorder. One of the holy grails of medicine is to find quantitative biomarkers for any given disease state; There’s a great deal of satisfaction in being able to discuss a numerical threshold where the presence of a disease ‘is’ or ‘isn’t.’ The science isn’t complete, and this current research has only been performed in male infants and toddlers, and it’s currently estimated to be accurate about three-quarters of the time.

Much more will be coming soon on these themes, because for example the ‘environmental’ effect described above is only as specific as general region of where the twins were located, and didn’t probe into or elucidate anything further to that end. Rough estimates are that over a hundred to two hundred or more genes are involved or implicated in autism spectrum disorder. Vastly this is related to genetic heritability within families, but also whether these genes express in certain ways or not becomes the much more complicated factor associated with life experiences and so-called environmental exposures. Additionally, because autism spectrum disorder describes a range of conditions and behaviors rather than a single disease, and manifests in very different ways and levels of severity, pinning down a single determinant has been considered by experts to be all but ruled-out.

Jon Entine, executive director of the Genetic Literacy Project, has been a journalist for more than 40 years, as a writer, network television news producer and author of seven books, four on genetics and risk. BIO. Follow him on Twitter @JonEntine.