The latest film from Snowpiercer director Bong Joon-ho, Okja, recently dropped on Netflix, and it’s received a lot of attention for its political messages. Amongst the satire’s social commentary, addressing everything from the animal cruelty of factory farming to vegetarianism and corporate greed, also lies a confused message that stokes unwarranted fears about genetically modified organisms (GMOs).

The film centers on the Mirando corporation, a thinly-veiled stand-in for popular anti-GMO target Monsanto. The fictional Monsanto-like Mirando is depicted as a fairly two-dimensional, soulless company that would easily put profits above human safety (as if organic growers weren’t also massively profitable).

In the film, Mirando has produced a new species of animal called a superpig, which they eventually intend to turn into food. Okja is the name of one particular superpig who is raised by the young girl Mija, who has no idea her beloved Okja is headed for the slaughterhouse and embarks on an epic quest to prevent that from happening.

Though a scene late in the film involves the villains from Mirando saying they’re only concealing the fact their superpigs are genetically modified because of the negative public perception of GMOs, an earlier scene features Paul Dano’s character, ostensibly one of the film’s heroes, saying, “Because genetic mutation is too dangerous, Mirando’s been disguising it as natural, safe, and non-GMO.”

And that’s unfortunate because one of the film’s two credited writers is Jon Ronson, a journalist who’s known for skeptical investigations into fringe politics and science. Ronson is usually on the right side of science, and I’ve met him myself at the Northeast Conference on Science and Skepticism.

This makes me wonder if Bong, Ronson’s co-writer, was more responsible for the anti-GMO elements in the film. In a recent interview with the BBC, Bong said, “It is reasonable to fear the potential disasters and dangers that genetically-modified foods may bring,” continuing, “There are people who say the danger of GM foods is being overly exaggerated but nobody is able to prove their safety either.” 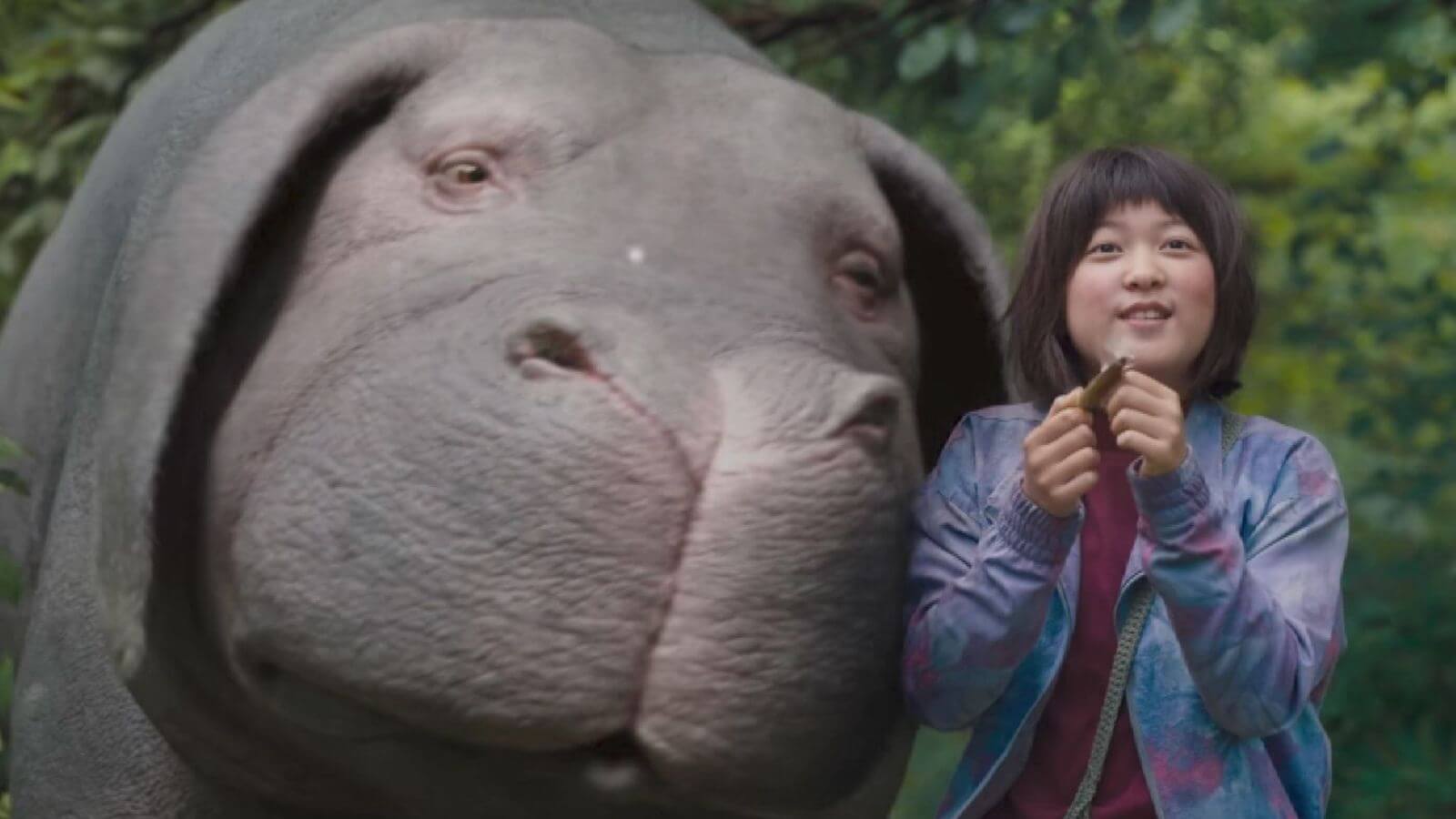 It’s true that GMOs do carry a negative stigma in the public consciousness, but fears about negative health effects from GMOs lack any scientific basis. On the contrary, the scientific consensus on GMOs safety is stronger than for man-made global warming.Much like anti-vaccine hysteria and climate denial, GMO fears are driven by political ideology, not facts.

Not only is there robust evidence for the safety of GM crops but, according to the American Association for the Advancement of Science, they’re the most extensively tested crops ever added to our food supply. According to The National Academy of Sciences/National Research Council, “To date, no adverse health effects attributed to genetic engineering have been documented in the human population.”

And what does it even mean to call a crop “genetically modified,” anyway? GMO is not an ingredient but any of a variety of techniques. According to Steven Novella, an assistant professor of neurology at Yale University School of Medicine:

GM technology involves various techniques, and we should not conflate them or treat all GMOs as one single entity. Each GMO should be evaluated on its own merits. Some GMOs are created by turning off a normally expressed gene, so there isn’t even the introduction of a new gene. Others, called “cisgenic,” involve introducing genes from closely related species, ones that could be achieved through hybridization and breeding. Still others, called “transgenic,” involve genes from distant species, even crossing to other kingdoms of life (such as taking a gene from a bacterium and inserting it into a plant).

It’s the transgenic GMOs that tend to scare critics the most. Often the anti-GMO movement will use terminology like “frankenfood,” or make frightening talk about fish genes being injected into tomatoes. The problem is there’s no such thing as a “fish gene,” not really. At the genetic level, it’s pretty much all just protein. As Novella writes:

It’s not as if eating fish genes is inherently risky–people eat actual fish. Furthermore, by some estimates people share about 70 percent of their genes with fish (Kettle­borough 2013). You have fish genes, and every plant you have ever eaten has fish genes; get over it.

Also, your genome is about 5-8 percent virus. Whip that factoid out at your next cocktail party! Agent Smith was right.

Related article:  A farmer's 'naughty list': Activists, celebrities and lawyers who spread the most misinformation in 2018

Sadly, the unjustified fear-mongering by Bong and others can have serious real-world ramifications. A vitamin A deficiency health crisis exists in regions of southeast Asia and Uganda, as the staple crops there, rice and bananas, respectively, are not rich in the vital chemical. Between 250,000 and 500,000 children go blind from vitamin A deficiency every year, and another half that number die.

Introducing radically different agriculture into those regions to change the average diet to one abundant in vitamin A is not economically feasible and creates a host of new problems. But scientists have developed Golden Rice and a species of banana rich in beta carotene, which converts to vitamin A when consumed. This would greatly combat the problem in a far less invasive way, but the primary obstacle to this project is targeted misinformation campaigns by organizations such as Greenpeace, believe it or not, who have jumped on the anti-GMO bandwagon.

Okja never reaches the point where the warnings of Dano’s character are validated, but thanks to its baseless anti-GMO stance, a film that starts out with at least some thought-provoking commentary about the ethics of our factory farming system gets mixed in with shallow criticism of a cardboard stand-in for a real company that has all the nuance of a bumper sticker.

Some audiences might not have an issue with the film’s misguided attacks on well-established science, but in a world where anti-GMO hysteria is spreading and where the companies that stoke those fears the loudest are often the ones most endangering public health, I prefer a side of reality with my superpig.

Michael Rosch is a contributing science writer for AIPT!, an occasional filmmaker, and a volunteer with the New York City Skeptics. Follow him on Twitter @Skepacabra.

This article originally appeared at AIPT! as “Reality Check: Netflix’s ‘Okja’ Serves Up Anti-GMO Fears with its Super Pig” and has been republished here with permission.