What do we know about wine as a magic elixir?

Should you imbibe or abstain? Wine and other forms of alcohol are good. Or not?

Diametrically-opposed viewpoints about its potential benefits are common in the popular press. Not long ago that it was believed that the only good (beneficial) alcohol was that from wine because of the various flavonoids. Then it was found in population-level data analysis that consumption of any type of alcohol at a low level was associated with improved health and increased HDL cholesterol. It became less-so about the magic in the wine and more about the solvent alcohol.

There is no question that the consumption of wine has soared in the United States in recent decades, although it’s not at all clear (or persuasive) that its alleged health benefits have played a role in this trend. 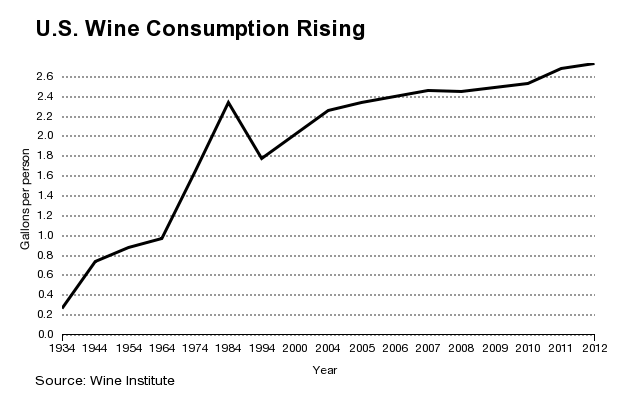 But there are twists to this finding. Consumption is considered ‘excessive’ if it’s over 7 alcoholic drinks per week for women or over 14 per week for men. And as the Genetic Literacy Project has reported in the past, while an alcoholic beverage a day, especially wine, is widely believed to help keep heart disease risk low, research from the University of Gothenburg shows that only about 15 percent of the human population—those with a specific the form of the cholesteryl ester transfer protein (CETP) gene—actually gain this benefit from moderate alcohol consumption.

Although there are hundreds of organic compounds in wine which have been associated with cellular protective effects, many conversations about wine (at least more recently) boil down to a compound known as resveratrol. Resveratrol is an organic compound (a plant phenol actually) found in the skins of grapes, and therefore in red wine (but to a much lesser degree in white wines because of the lack of use of grape skins), and also in dark chocolate, peanuts, and blueberries. It has had a fairly reasonable association with reduced levels of heart disease, which is how resveratrol first came into the public vocabulary.

How resveratrol actually works is still not fully understood, but it has been suggested to work by influencing the production of a protein in the body called sirtuin-1, coded by the SIRT1 gene. When news of this was first published, it was considered somewhat of a magic bullet for a host of diseases and disorders. As is often the case, the truth settled to a somewhat less-interesting level.

New research published in Scientific Reports suggests that resveratrol also seems to have a positive effect on learning and memory. This study was done in rats, and showed that neurogenesis (the growth of new brain cells) and spatial learning and memory improved in those receiving doses of 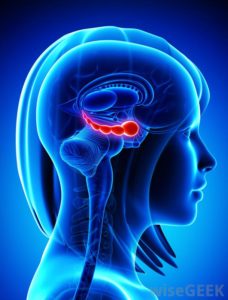 resveratrol compared with the untreated (control) rats. There were also changes in the microvasculature (tiny blood vessels) of the hippocampus, an area of the brain involved in learning, memory, and mood.

But the potential benefits of resveratrol is hardly a settled issue.

An 11-year study of men and women 65 years or older in Italy’s Chianti region published in JAMA Internal Medicine found that “dietary resveratrol from Western diets in community-dwelling older adults does not have a substantial influence on inflammation, cardiovascular disease, cancer, or longevity.” In other words, resveratrol from foods like red wine, chocolate, and grapes were not associated with improved health, in this particular study. The Atlantic reported that in a small study of men, resveratrol seemed to “undermine the cardiovascular benefits of exercise.”

One of the discussions we’ve had within the American Association of Pharmaceutical Scientists (AAPS) Nutraceuticals and Natural Products focus group is how to stabilize the bioavailability of resveratrol molecules, which are notoriously very volatile once consumed. To do so would allow it to work its beneficial effects in the body for a longer period of time before it was metabolized, and to achieve reliable results without having to simply keep increasing the dose to achieve a biological effect (which, in the case of wine, doesn’t always seem like such a bad thing).

This may even tie into the phenolic compounds within apple juice, which have been reported as perhaps helping to stave-off Alzheimer’s disease.

Also, see our report on how alcohol’s benefits are tempered by genetics.

So whether it’s dark-skinned grapes, berries, or red wine (and don’t appear too choosy, because you likely can’t tell the ‘good’ from the ‘bad’ anyway), you may be doing your spatial learning and memory a favor if you have some (in moderation).