How have anti-GMO activist groups been so effective at preventing the introduction of new products, many with demonstrable benefits in boosting yield, reducing plant disease or increasing nutrition?

The Alliance for Food Sovereignty in Africa (AFSA), a well-funded anti-GMO organization that brings together most of the continent’s anti-GM civil society organizations, offers a prime example.

Using its familiar open letter style, AFSA posted an anti GM dossier titled, “Do not allow Africans to be used as guinea pigs in untested high-risk new GM technology.” This dossier, which is directed to African biosafety regulators, calls for an immediate ban on the importation into South Africa of what AFSA terms, “Monsanto’s high risk second generation gene-silencing genetically modified maize.”

Almost 90 percent of maize in South Africa is already genetically modified. This new version is based on a technique that silences the expression of certain genes. Nigeria has recently received an application for the field trials of a GM cassava variety that also use RNAi to reduce the amount of starch in cassava, preventing starch breakdown during storage

The letter was part of a coordinated campaign with other anti-GMO groups, including the African Center for Biodiversity, which claimed “the new gene editing technique has not been properly assessed for risk.”

To the NGOs, this is another example of a worldwide industry plot to take over Africa’s food supply. AFSA wrote it rejects and condemns what it characterized as a US corporate plot to exploit millions of Africans as unwitting guinea pigs for their latest genetic engineering experiment. The letter also did not spare the International Institute of Tropical Agriculture (IITA) for using what AFSA calls the same “risky” technology in producing GM cassava for the agro-fuels industry.

In 2014, AFSA wrote a similar open letter directed to the Gates Foundation in opposition to human feeding trials involving a GM banana, which were to take place at Iowa State University. 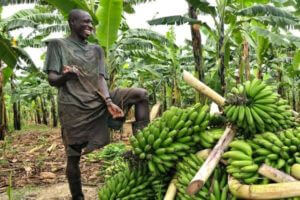 For a long time, most anti-GMO activists had either intentionally or ignorantly attacked GMOs as homogeneous products, regardless of the challenge each genetically engineered crop is meant to overcome. Regardless of whether it was herbicide tolerance or disease resistance or nutrient enhancement, critics viewed them all as GMOs, which they claimed were not safe. Now, because of the advent of gene silencing and gene editing — which do not require ‘foreign genes and therefore may not be regulated as traditional GMOs and have an easier path to approval — anti-GMO groups are beginning to identify the different techniques. Despite the insistence by scientists that genetic engineering is a process and not a product, this group is just waking up to the fact that not every “GMO” involves a gene from another species.

But that new awareness doesn’t make their claims any more credible.

AFSA claims that RNi — or gene silencing technology, as it is commonly known — is new, with unknown safety parameters. It’s not. A paper authored by Richard W. Carthew on the Origins and Mechanisms of miRNAs and siRNAs, published by the National Center for Biotechnology Information in the US, shows that gene silencing technology was first put into practice in the early 2000s. RNA interference (RNi), also known as post-transcriptional gene silencing, was used to develop  papaya varieties that are resistant to the Papaya Ring Spot Virus in response to the devastating attacks on papaya in Hawaii. The Rainbow and Sunup varieties were commercialized as early as 1998 and are still under cultivation in Hawaii.

I sent the RNAi safety issue AFSA letter to Francisco Jose Lima Aragao, a Brazillian molecular biologist who is a senior researcher at Emprapa Recursos Genéticos e Biotecnologia (Embrapa Genetic Resources and Biotechnology, Brasília) and responsible for the plant genetic engineering lab there. He said the Brazilian biosafety commission has already approved two crops developed with the gene silencing technology: a common bean resistant to the bean golden mosaic virus and maize resistant to the Western corn rootworm. However, he said these crop varieties are not yet in the market because Embrapa was unable to have enough seeds available for the farmers for planting, though he hopes farmers will have seeds soon. Farmers may not be interested in the scientific codes Aragao uses to describe the science behind the product, but surely they are eagerly awaiting for the arrival of these disease-resistant seeds on their farms.

In Africa, the RNAi technique was applied by the Virus Resistant Cassava for Africa (VIRCA) project to develop cassava lines resistant to cassava brown streak virus. These resistant lines are now a source of resistance which the now virus-resistant and nutritionally-enhanced cassava for Africa (VIRCA Plus) project is conventionally deploying to improve other farmer preferred cassava varieties in the East African Region. Cassava is considered a food security crop and is able to withstand periods of long drought.

When trials were to be conducted for pro-vitamin A rich banana using American students at Iowa State University, AFSA activists claimed research should not be done in the US because Africans prepare bananas differently. As they stated in another open letter: “We question what firm conclusions can be drawn from feeding trials of young people residing in the United States for poor rural farmers and consumers in Africa, given all the differences in lifestyle and diets between these two populations.”

Now they are twisting the same argument to suit their agenda of keeping GMOs out of Africa despite no evidence of safety issues.

Similarly, AFSA uses what it claims to be lack of knowledge about crop biotechnology as a way of stopping progress because it does not agree with the existing, widely accepted science. Instead, AFSA offers up its own unverified claims, citing people affiliated with Western anti-GMO and organic industry groups. These included outrageous assertions, including an argument that the technology:

…is completely untested … and has the potential to disrupt all life on earth, including us. … We urge African policymakers to reject genetic engineering and support the transition to agro-ecology as the sustainable future of farming in Africa.

AFSA’s tactics make it obvious that safety issues are merely a smoke screen. The activists clearly do not want GMOs grown anywhere in the world. Yet, despite all the negativity surrounding adoption of GMOs, and activists’ condemnation of scientifically credible research institutions like the International Institute of Tropical Agriculture, farmers are choosing biotech solutions. As a result, the amount of acreage in biotech cultivation continues to grow each year, as documented by the ISAAA’s 2016 global report.