Ricki Lewis | January 31, 2018
This article or excerpt is included in the GLP’s daily curated selection of ideologically diverse news, opinion and analysis of biotechnology innovation.

The Today Show recently reported the sad story of Henry Engel—the toddler son of correspondent Richard Engel and his wife Mary Forrest who was diagnosed a few months ago with Rett syndrome.

The segment mentioned, in passing, that it’s rare for a boy to have this genetic condition, but never followed up. A report in People provides a bit more explanation, but still not enough. 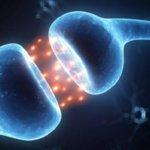 In October 2015, just a month after Henry was born and well before his development began to obviously slow, a Today Show report stated that Rett syndrome affects 1 in every 10,000-15,000 girls. The condition is due to a dominant mutation in a gene on the X chromosome, MECP2. The gene is a transcription factor, which means that it controls a whole bunch of other genes. Disabling it blocks some neuron-neuron signaling in the brain.

Because the mutation is dominant, all it takes is one copy to cause Rett syndrome. Girls who have a mutation also have the functioning copy of the gene on their second X chromosome, so they can live for years or even decades. (Here’s an excellent FAQ.) Affected girls seem okay in infancy and early toddlerhood, but then development slows. A telltale sign is a very distinctive holding and wringing of the hands. The girls develop problems walking, have seizures, and may have autism and/or intellectual disability. Many die young.

The severity of Rett syndrome varies, because of a phenomenon called X inactivation, which equals out the sexes, more or less, genetically speaking.

In female mammals, one X chromosome in each cell is inactivated – an epigenetic effect. Whether it’s the X inherited from the mother or the father is random. If, by chance, the X bearing the MECP2 mutation is shut off in many brain cells, then the girl would have a mild case. But if the normal X is turned off in many brain neurons, symptoms are severe. (The classic depiction of the effects of X inactivation is the calico cat, in which pigment genes on the X are turned on or off.)

That’s girls. The male of the species only has one X chromosome, and so if he has an MECP2 mutation, development slows and ceases before birth. That’s why boys are so rarely seen. Henry Engel has a one-of-a-kind (so far), milder mutation that enables limited MECP2 protein production.

Now the tricky part — how Rett syndrome happens. It is a classic genetic disease because a gene is mutant, but it isn’t inherited, because neither parent is affected or a carrier.

The situation is more common sense than science. Rett syndrome isn’t passed from the mother because she’d be affected and not well enough to have a child. A father with an MECP2 mutation isn’t possible because boys generally aren’t born.

Instead, 99 percent of Rett syndrome cases come from new mutations in developing sperm cells. The glitch is much more likely among sperm than eggs because of the opportunities for mutations to arise: a man ejaculates 200 million to 500 million sperm per ejaculate; a woman ovulates 500 or so eggs in a lifetime.

But the situation in the Engel family is puzzling, because Henry got his X chromosome from his mother. If she carries the mutation, without having symptoms, she could pass it to future children. Or, Henry may have a new mutation. 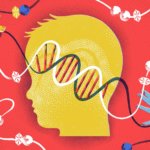 A celebrity spokesperson can dramatically raise awareness of a rare disease, and Rett Syndrome already has one, Julia Roberts. She tearfully testified before a subcommittee of the House Appropriations Committee in 2002 to request increased federal funding for Rett syndrome research, after narrating the TV movie  Silent Angels: The Rett Syndrome Story in 2000 and getting to know Abigail Brodsky, who died of the condition at age 10.

I applaud the Engel family for sharing their story, the Today Show and People and other outlets for reporting it, and hope that the new tax law rushed into reality late last year that slashes incentives for giving to nonprofits won’t counter their efforts.