Meat wars: Sourcing from animals may not be what distinguishes meat from ‘meat alternatives’

This article or excerpt is included in the GLP’s daily curated selection of ideologically diverse news, opinion and analysis of biotechnology innovation.
The US Cattlemen’s Association is making a pre-emptive strike against potentially misleading marketing for the next wave of meat alternatives. According to USA Today:

The association launched what could be the first salvo in a long battle against plant-based foods. Earlier this month, the association filed a 15-page petition with the U.S. Department of Agriculture calling for an official definition for the term “beef,” and more broadly, “meat.”

“While at this time alternative protein sources are not a direct threat to the beef industry, we do see improper labeling of these products as misleading,” said Lia Biondo, the association’s policy and outreach director. “Our goal is to head off the problem before it becomes a larger issue.”

The main line of objection seems to be that products marketed explicitly as alternatives to beef might be confused for beef. They seem particularly dismayed at characterizations that some of the new plant meats bleed just like beef. This is an odd objection, because neither your ribeye or medium rare hamburger actually bleed. The liquid that spills out of a juicy burger is mainly water and heme, whether the burger is made of cow flesh or yellow peas and beet juice.

In some particulars they have a slender point of entry that might stick. The packaging on Beyond Meat’s Beefy Crumbles features an outline of a steer colored in with plant leaves. That could reasonably be prohibited, just as the egg outline on the original packaging of Hampton Creek’s Just Mayo was. But ranchers are really fighting a rear guard action that just seems petty. Beefy crumbles are sold in the vegetarian/organic freezer section with all the other meat substitutes. What the USCA is really objecting to here is the idea of the purveyors of meat alternatives signalling which meats they are an alternative to. That’s going to bump up against First Amendment issues pretty easily. And speaking from experience, if some carnivore accidentally pays an arm and a leg for 10 ounces of frozen Beefy Crumbles, they won’t be confused for long. They suck. What the USCA is afraid of is that the day is coming when they won’t suck, and they won’t cost as much as steak. 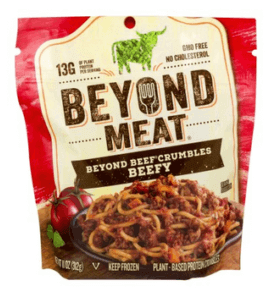 Along with 2015’s industry attempts to define Just Mayo out of existence to 2016’s attempt to block plant based milks from being labeled as milks to the 2017 move by Wisconsin to block the sale of Kerrygold butter in the state, this can be chalked up to the typical Big Ag refusal to take no for an answer under any circumstances. If they can avoid competition or accountability by legal injunction or political clout, they will — under just about any circumstances. But what’s really interesting here is that their legal argument is at odds with the general thrust of Big Ag’s defense of itself over the last decade and the way it undercuts the philosophical case for the biotech regulatory reform that the industry (and agromodernists like myself) wants. 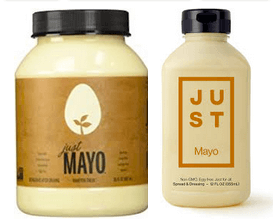 In addition to seeking to block competition from a new generation of plant and insect-based meats, the existential threat they hope to stop in this petition is the so-called Clean Meat industry, that is, in vitro or vat meat.

We just went through a decade of the industry attempting to educate consumers about the wonders and necessities of modern food and livestock production. Consumers were told, and I’m in absolute agreement, that they are too sentimental in their expectations and conceptions of what good agriculture is. They worry too much about and don’t understand the leaps in genetics and the benefits of faster-growing animals, the need for judicious use of antibiotics, the environmental gains in using growth hormones in cattle, the need for farrowing crates in hog production and on and on.

Now the worry is that some consumers are going to be insufficiently sentimental about whether they are eating beef or “beef”. But this cuts beyond irony and hypocrisy. This undercuts the philosophical underpinnings of the industrial food sector’s approach to biotech regulatory reform.

How many advocates for biotech in ag have pointed out that biotech sugar or canola oil are indistinguishable in every way from their conventional counterparts? The current regulatory regime in the US and elsewhere runs on the idea of substantial equivalence — that is, the properties of the novel product fall within the normal variation found among a crop or animal that the trait or traits have been added to. 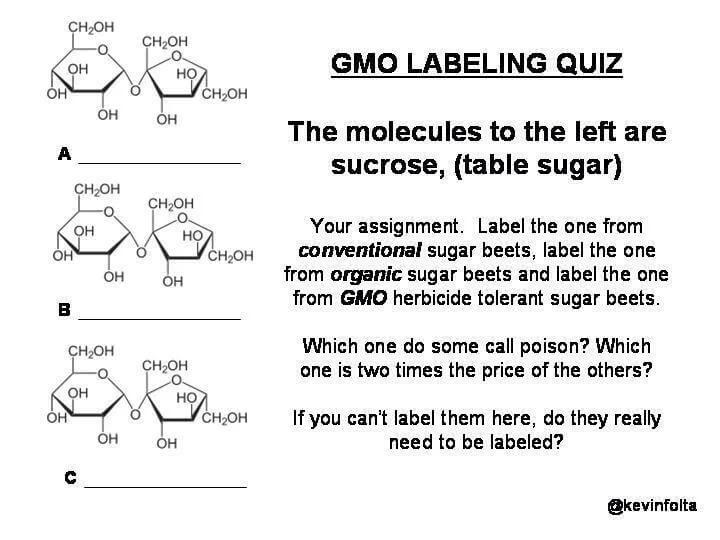 More crucially, this underpins where both the industry and the scientific community would like to see regulatory reform go — regulate novel products by their traits, properties and potential risks rather than by method. A non-browning biotech apple should face almost no regulatory hurdles, while a new traditionally bred herbicide tolerant canola should be submitted to rigorous environmental study and testing to make sure that it pairs correctly with the herbicide, and potential resistance issues are well characterized prior to commercial release.

That conception of product over process doesn’t play well with the distinction that the UCSA wants to make between beef produced through the legacy technology of harnessing the biology of a cow to synthesize inputs into beef and the emerging production processes of synthesizing inputs into beef through cell tissue culture. By any scientifically coherent definition, the end products are both beef, substantially equivalent, if not identical in composition and in properties.

But that opens up an interesting question. What is meat? Once we admit or concede that in vitro meat is … meat, then we are in a taxonomy of properties and not processes. Anyone who has ever chewed on the fairly old school meat substitute textured vegetable protein (TVP) as well as well done beef in a taco or both at the same time in a Taco Bell taco can attest that the properties are more or less identical. I haven’t had the Impossible Burger yet, but I have had the Beyond Burger and property-wise, it’s somewhere between a beef burger and turkey burger, substantially equivalent to the range of ground meat burgers.

It’s not clear to me that being sourced from a living animal is going to be what distinguishes meat from not-meat for much longer. What words mean is ultimately decided by culture, not the courts and certainly not the USDA, and words change and evolve in the culture all the time. Nobody is confused about whether peanut butter comes from peanuts or cows. Likewise the ship sailed a long time ago as to whether plant milks are milks (any white liquid people pour on breakfast cereal could reasonably be considered milk at this point. Is this milk? –> Is it white? –> Yes –> Can you pour it on cereal? Yes –> This is milk.) Vegan breakfast sausage is already indistinguishable from animal breakfast sausage. Vegan cheese made through synthetic biology with the exact same proteins and fats as dairy cheese is on the way. Just Mayo is richer and more flavorful than Hellman’s even without the eggs or the egg logo. The Beyond Burger is as meaty or more so than most of the hockey pucks served by fast food joints all over the country. The Impossible Burger is by all accounts a really good hamburger. The day is coming soon when the source isn’t going to define what consumers consider meat and cheese.

No petition or injunction or bill from Congress is going to change that. But it could become the basis of a lawsuit and lobbying campaign to stymie attempts to regulate biotech and non-biotech equally by properties and risks rather than by process. That would be a damn shame. Don’t let the beef industry tell you aren’t being sentimental enough. There’s is too much sentimentality getting in the way of progress in the food system as it is already.

Let me just say something, while I’ve got your attention on the plant milk issue. While the ship has sailed a long time ago as to whether plant milks are a type of milk, they do carry a serious confusion for consumers that won’t be settled by banning the use of the word “milk” but should be addressed through standards. That is, plant based milks are nutritionally inferior to cow’s milk. Rather than a rearguard action to ban the use of the word ‘milk’ that alienated potential allies, the dairy industry could have proposed minimum nutritional guidelines for the use of the milk label, forcing plant milks to further supplement their products. This is an approach that could have been made in coalition with public health advocates, especially for children’s health because parents do rely on milk for kid’s nutrition much more than adults lean on milk to deliver full nutrition. Many parents do not realize that plant milks are deficient compared to cow’s milk. This would have required Big Ag to embrace regulatory standards and reach out to new coalition partners, something that doesn’t come naturally.