What’s stopping us from using CRISPR to gene edit humans to fight disease?

This article or excerpt is included in the GLP’s daily curated selection of ideologically diverse news, opinion and analysis of biotechnology innovation.
CRISPR gene editing is all the rage in biomedical research, plant engineering and basic biology. Using it as molecular scalpel, scientists can do a range of things — from making mice whose tissues act human, pig organs that the human immune system will not reject, and perhaps in the years to come, plants that self-fertilize. The technology also is showing promise in gene therapy, by enabling correction of stem cells extracted from a patient’s blood or bone marrow. Once corrected, such cells can then be infused back into the same patient to cure a genetic disease.

Alongside all of this, however, is another approach to gene therapy that delivers CRISPR systems in vivo —  inside the body — to repair genetic sequences in tissues that cannot be extracted and infused back. This is a potential game changer in medicine and is closer to current clinical practices when compared with the germline editing and designer baby applications that grab more headlines.

Already, we have seen a clinical trial launched, with a 44-year-old man in November becoming the first person to have gene editing inside his body. The treatment is targeting a metabolic disease called Hunter syndrome that’s caused by a bad gene. In February, a second patient was added to the California study, which hasn’t seen any side effects or safety issues yet. 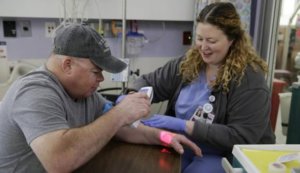 There are obstacles that must be overcome before such treatments can become routine, including the potential for CRISPR to cause off-target effects — where the editing snips unintended areas of DNA sequence. This is less of an issue in procedures that involve the extraction and reinsertion of modified cells. Unacceptable cells can simply be discarded. But the issue is more significant where CRISPR is left to work inside a person’s bodies. Unintended changes could create substantial problems, according to ABC News science reporter Belinda Smith: “Cutting the wrong stretch of DNA could, for instance, switch on a cancer-causing gene or disable another that suppresses tumours.”

Researchers are seeking to refine their methods, to reduce the chances of potentially harmful off-target effects. In October 2017, for example, scientists from the Broad Institute and Massachusetts Institute of Technology revealed a new CRISPR-based system, called RNA Editing for Programmable A to I Replacement, or “REPAIR.” According to a news release: “The team further modified the editing system to improve its specificity, reducing detectable off-target edits from 18,385 to only 20 in the whole transcriptome.”

The ability to correct disease-causing mutations is one of the primary goals of genome editing. So far, we’ve gotten very good at inactivating genes, but actually recovering lost protein function is much more challenging. This new ability to edit RNA opens up more potential opportunities to recover that function and treat many diseases, in almost any kind of cell. 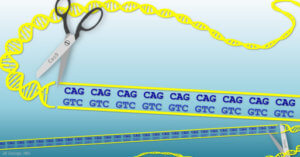 CRISPR stands for Clustered Regularly Interspaced Short Palindromic Repeat. That’s a mouthful, but essentially it’s a pattern of genetic sequences that many types of microorganisms use to remember viruses that once infected their ancestors. It’s like a molecular mugshot, useful if the same kind of virus invades again, in which case a special endonuclease — a cutting protein — is guided by another molecule, called RNA, to the remembered sequences of the viral genome, in order to chop up the viral DNA.

For several years, scientists and genetic engineers have utilized different endonuclease systems to cut out particular strands of DNA in order to edit organisms. But most such endonucleases need to be custom-designed to the target sequence and organism. Thus, while they are particularly useful in certain applications, the cost and manpower is typically excessive.

But a half decade ago, scientists started using the RNA-guided endonucleases that have evolved to work with CRISPR systems, and tweaking components of those systems, making the the systems easily programmable. The same cutting protein can be employed for a variety of editing jobs on multiple sequences in any species, kingdom, or domain of life. Programming a CRISPR editing system to find and delete a particular DNA sequence requires only the assembly of a custom strand of RNA, which is quick and cheap. You can order any RNA sequence online for next day delivery — in some cases even same day delivery — at a cost measured in dollars to hundreds of dollars. With the needed RNA sequence and a CRISPR kit, which is also cheap, a single person can carry out a gene-editing job fairly easily.

Related article:  Why the quest to create 'super babies' is a 'fool's errand'

The most commonly used cutting protein is called Cas9, so when you hear or read about CRISPR, it’s actually short for CRISPR-Cas9. But there are many different CRISPR endonucleases, and  some researchers are also using them in CRISPR editing.

Over the past two decades, gene therapy has come of age, but there are different categories of gene therapy and different means of delivering genetic payload. If one modifies the genome of a human’s gametes — female ova and male sperm cell — to correct a defect that otherwise would lead to disease, then the descendants of that individual will carry the modification in their genomes. Similarly, if one modifies the product of male and female gametes — an embryo — the sequence is changed down the line. Both scenarios are examples of germline editing. Over the past couple of years, researchers have tested CRISPR-Cas9 for human embryo editing, which constitutes a type of gene therapy if the genetic change corrects a sequence that would cause disease. In China, for example, researchers have demonstrated use of CRISPR in human embryos to eliminate a blood disease called beta thalassemia. In the US, a similar thing was done in connection with hypertrophic cardiomyopathy, and its all moving quite rapidly. 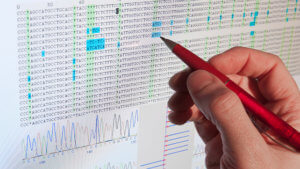 But the overwhelming amount of gene therapy, both in basic and clinical research, is not in germlines, but the somatic cells that comprise body tissues other than those that produce new people. To fight beta thalassemia, which is caused mostly by the presence of a mutated sequence in the gene that encodes what’s called beta-globin, the beta protein of hemoglobin, one can try to prevent it by changing all cells of embryo that will have beta thalassemia later in life. However, the same disease also is potentially curable in an individual born by way of a gene therapy that works only on the stem cells that produce red blood cells. Even though all of your genes are carried in all cells of your body, only certain genes are actually used by certain cell types.

This brings us to the realm of somatic gene therapy, which is the category of gene therapy that has been advancing into the clinics, in contrast with germline editing. In the early years, the challenge for gene therapy researchers was to make it safe to deliver genetic payload to diseased cells. This proved fairly easy for blood stem cells that could drawn out of the body, treated and then infused back in. But the challenge is greater in the case of solid organs, for which the therapy must be sent through the body to the needed location.

Many genetic diseases involved the liver, because it contains so many different enzymes involved in metabolism that can be defective from minor mutations. But other organs, such as the brain, the eye, and skeletal muscles are targets as well. A huge achievement in the past few decades has been learning how to utilize particular carrying particles, called vectors, to contain genetic payload and deliver it to specific body tissues. One particularly useful vector is called adeno-associated virus (AAV) of which there are several subtypes, each attracted to particular body tissues, being the liver, the brain, the muscles.

Use of CRISPR systems inside AAV and other vectors is leading to a kind of gene therapy 2.0, characterized by a maturing capability to send genetic treatments through the bloodstream, and only to particular cells where they are needed. Such tactics are boosting the number of conditions treatable with gene therapy, in all cases avoiding germline modification.