This article or excerpt is included in the GLP’s daily curated selection of ideologically diverse news, opinion and analysis of biotechnology innovation.
Usually, when a major medical society makes a health-related statement, it’s trusted to have been vetted for scientific and clinical credibility. However, the American Academy of Pediatrics has, in some eyes, fallen short of duty by allying with a non-government organization known for opposing genetic modification and pesticides, and for its strong support of organic crops — all without much scientific support.

The organization, which is the main medical body for the country’s 66,000 pediatricians, has openly allied with the Environmental Working Group (EWG), perhaps most famous for its infamous list of “dirty dozen” pesticides found on foods. It’s a list that a number of reviews and studies have found to be grounded more in spreading fear of conventionally grown food than in science. The EWG also is known for its opposition to GMOs and conventional agricultural, and for a board that includes prominent members of the organic and natural food industries.

[More information on the EWG can be found in the Genetic Literacy Project’s profile here.]

The EWG and the pediatrics group have co-signed a letter to the US Environmental Protection Agency, questioning the agency’s approval of the pesticide chlorpyrifos (Dursban), and instead asking for a ban on the pesticide. The reason? EWG’s claim the pesticide can cause neurological problems in fetuses, infants and children. According to the letter, cosigned by both organizations:

We are deeply alarmed by EPA’s decision not to finalize the proposed rule to end chlorpyrifos uses on food – a decision that was premised on the need for further study on the effects of chlorpyrifos on children before finalizing a rule. We urge EPA to rely on the established science and to take action to revoke all tolerances for chlorpyrifos, as proposed in 2015. America’s children today and in the future deserve and demand no less.

At the medical association’s most recent annual conference, members heard from Philip Landrigan, who argued the “organophosphate pesticide, chlorpyrifos is now understood to be a potent cause of brain damage in children. Epidemiological and clinical studies show that exposure in utero is particularly hazardous.” Unfortunately, there are no studies that firmly establish this relationship, particularly in larger in vitro studies. 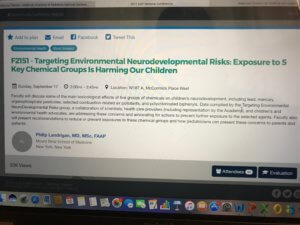 The medical group also is following EWG’s lead in proposing that parents (and their doctors) choose organic foods over conventional ones. This, despite a 2012 report, in which the group concluded:

AAP has conducted an extensive analysis of scientific evidence surrounding organic produce, dairy products and meat. The conclusion is mixed: While organic foods have the same vitamins, minerals, antioxidants, proteins, lipids and other nutrients as conventional foods, they also have lower pesticide levels, which may be significant for children.

However, in the long term, there is currently no direct evidence that consuming an organic diet leads to improved health or lower risk of disease. However, no large studies in humans have been performed that specifically address this issue.

The organization was correct in that no study has found any significant nutritional or health advantage from organic foods. However, since that 2012 report, the agency has disseminated, by a number of means, more open support for organics, despite little to no change in the science underlying the debate.

Even in the report, the AAP advises doctors to steer patients to two groups known for their opposition to conventional agriculture: Consumer Reports, and the EWG:

When advice is sought by families concerned with the potential health impact of pesticide residues in food, direct them toward reliable resources that provide information on the relative pesticide content of various fruits and vegetables. Two such examples include:

a. Consumer Reports article (September 2008) “Fruits and Vegetables, When to Buy Organic” (http://www.consumerreports.org/health/healthy-living/diet-nutrition/healthy-foods/organic-foods/overview/when-to-buy-organic.htm) and 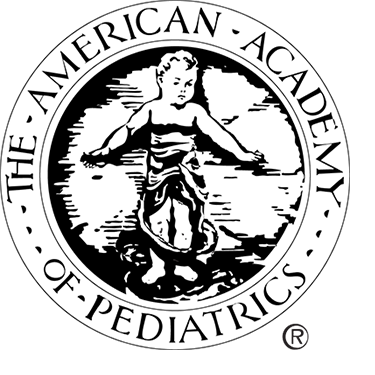 “The speaker tried to educate me that Roundup was causing plant resistance and we needed to be careful with our overuse of that, too.” In addition, AAP speakers and reports have intimated that patients and families should be looking at organic foods in general, especially with regard to avoiding pesticide exposure.

Of course, resistance to Roundup is not a unique Roundup issue, but a popular one among anti-GMO activists. And organic farms also use pesticides, just different ones from conventional agriculture, and they’re not all free of toxicity.

Medical professionals are free to practice as they wish (within legal and ethical limits of course), but societies like AAP do govern practice parameters, and can lead discussions in specific directions. In this case, Keller said, discussions about organic food are taking a definitive turn. “The pro-organic mindset in medicine is very strong. People quote the dirty dozen all the time. Because doctors can afford the organic option, they figure why not decrease chemical exposure.”

One major problem with this mindset is the dearth of evidence showing organic food is healthier. The other problem is patients and families who can’t afford much organic food may skip fruits and vegetables all together, simply because of a fear of pesticides. Which is much more harmful than eating non-organic food.