This article or excerpt is included in the GLP’s daily curated selection of ideologically diverse news, opinion and analysis of biotechnology innovation.
Sometimes it’s difficult to know who is defending science and who is more concerned about identity politics and cheap laughs. 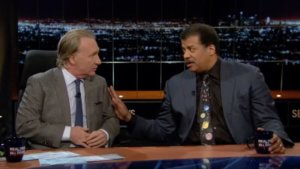 Politics makes for strange bedfellows and as science has become more political, it is no surprise that people pick and choose what science to believe based on their votes and values. Think Bill Maher for example. He admirably understands that climate change is real, and denying its impact borders on idiocy. But on a range of issues, from the ‘dangers’ of vaccines and GMOs to the wonders of alternative medicine, he is nothing short of an ignorant, anti-science dufus, no better than a Creationist denying evolution. Neil deGrasse Tyson has taken him to the woodshed for smugly opining about how Republicans are anti-science but ignoring the black hole on many science issues in the middle of the ‘progressive’ community.

Maher is an anti-science embarrassment, and well recognized as such here, here, here, here and here, in just a few of dozens of blogs by mainstream scientists and science journalists. Why does he hold these views? He probably believes them. It also suits him politically in his appeal to what might be called ‘superficial’ progressives—those who hold opinions based more on tribal affiliations, what their friends believe, rather than on a grounding in science.

Which brings us to John Oliver. Why is he clamoring to join Bill Maher in the Science Hall of Shame despite otherwise solid credentials as a level-headed, and quite amusing, thinker? 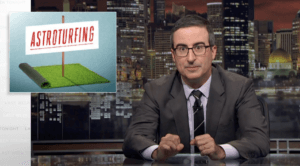 It’s always disappointing when someone tries to make a cultural point for a political audience and does something unintentional that we can be sure does not speak to their science values. Is that the position Oliver finds himself in? We know Oliver is not a vaccine denier; he ridicules them on his show. And we know he is not a fan of Russian interference in the United States; nary a week goes by that he doesn’t talk about it. So why would he rely on the word of a trade group that is involved in both of those things to attack a science organization whose values he would expect to largely and enthusiastically embrace?

No one likes “astroturf” organizations, defined as those that seek to appear “grassroots” but are fake, which was the theme of his HBO program on August 12. Oliver talked about one organization that paid protesters. That certainly sounds bad and he claimed to be outraged by that. Yet environmental activist Bill McKibben, founder of 350.org, is well-known for paying college students—a “scholarship” of $100 or more to show up at his protests. Oliver apparently has no problem with that, which seems kind of hypocritical. It shouldn’t make any difference what the issue is if the tactics clearly cross an ethical line. That is if you are genuinely ideologically independent. 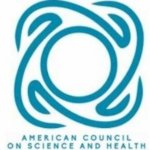 Which brings us to Oliver’s bizarre attack on the American Council on Science and Health on that program. ACSH has been in existence since 1978. In recent years, it’s cultivated a reputation for extreme independence and a fealty to science rather than playing strictly to the liberal tribe. It is just as apt to go after activists who think the U.S. food supply is dangerous, that chemicals are mutating or killing us all, vaccines cause autism, or that alternative energy like wind and solar will solve global warming. It takes no prisoners. Whether you agree with ACSH or not, the organization is not mealy-mouthed and does not try to be politically correct—like say Bill Maher, or in this case, it seems, John Oliver. I don’t always agree with ACSH, but I always admire its directness and transparency.

Oliver’s attack on ACSH as an astroturf organization was just plain cheap. There are hundreds of scientists and physicians, many of them leading global experts in their field, who have voluntarily lent their name as endorsers of the ACSH. To criticize a science-based organization and not bother to criticize anyone on the over-the-top radical ‘progressive’ side is cheap and ideological, and it comes across as if Oliver is engaging in a politically correct form of science denialism, ala Bill Maher.

So what was the editorial source of Oliver’s vicious attack? His producer cited a hit piece put out by U.S. Right To Know, an advocacy group well known in the science community as quack, anti-GMO campaigners who relish in trying to destroy the reputations of independent scientists, science journalists and science organizations. Its funded by one of the most notorious fringe advocacy groups in the United States, the Organic Consumers Association, whose claim to fame is its vaccine denialism, promotion of kooky alternative therapies like homeopathy, a belief that Zika is a conspiracy caused by global chemical companies and a host of other anti-science crackpot ideas.

Where does OCA get its funding? Its primarily funded by corporations that sell organic products by trying to scare people that conventional farming and food is killing us. In other words, it’s the very definition of an astroturf organization. And its creation, USRTK, is the source of ‘dirt’ on ACSH. What is USRTK’s main allegation about ACSH—the origin of the nasty astroturf claim. About 3% of ACSH’s funding comes from corporations. Obviously, according to USRTK, ACSH can’t be trusted.

Except that USRTK gets 85% of its funding from the OCA and the anti-science wing of the organic industry. Oops.

As for the ACSH, whose leadership I know well and respect, its financials are transparently posted right on its website. Anyone who genuinely cares about editorial balance can see it has minuscule industry funding (and being honest, the science community does not care, since 66% of science funding in the U.S. is corporate, and the very idea that openly-disclosed industry funding of advocacy groups should be considered green kryptonite is kind of silly when you really think about it).

Take a look at the financials of other advocacy groups, like the virulently anti-science Environmental Working Group; it too takes in about 3% of its donations from corporations. But the actual corporate revenue EWG receives from industry is 1,000% more because its budget is so huge. Compared to ACSH, EWG is rolling in corporate largesse. It’s an astroturf organization. Where are you when we need you, John Oliver.

Oliver did not do his homework. Or he did, and just swallowed his hypocrisy to brazenly play to his tribe. Or he has revealed himself to be a garden variety hypocrite. Not sure the real story but whatever it is it’s not flattering to Oliver and does not dignify his cheap hit piece.

Jon Entine is a life-long independent journalist and winner of 19 major journalism awards, and is the executive director of the Genetic Literacy Project.