‘Voluntary euthanasia’: Are we ready to harvest organs while donors are still alive?

Ricki Lewis | September 18, 2018
This article or excerpt is included in the GLP’s daily curated selection of ideologically diverse news, opinion and analysis of biotechnology innovation.

In the dystopian society of Nobel prizewinner Kazuo Ishiguro’s Never Let Me Go, cloned people are raised to provide organs for the wealthy.

So stark and terrifying is Ishiguro’s imagined world that I never thought I’d read something similar in a work of nonfiction, let alone in a top medical journal. But a Perspective in the September 6 New England Journal of Medicine (NEJM), “Voluntary Euthanasia – Implications for Organ Donation,” eerily echoes some aspects of the 2005 novel (and forgettable 2010 film): choosing to donate one’s organs before death, minus the coercion and cloning. 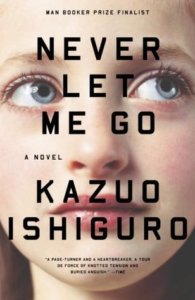 In Never Let Me Go, protagonist Kathy lives with other clones in a boarding school in England, under the tutelage of “guardians” who ensure that they live healthily. She and her mates aren’t to know why or how they exist, but when an inexperienced guardian blabs the truth, they learn that they were created to donate their organs to rich people with whom they share a genome sequence. Organs will be harvested one-by-one as needed, until the donors “complete.” That is, die. It might happen the first time, if the recipient needs a heart, or after a few operations.

The clones’ acceptance of their fate is reminiscent of the vibe in The Handmaid’s Tale, substituting maintaining organ health (no smoking! eat veggies!) for forced pregnancies to service the well-to-do. The complacency is also a little like the society of Logan’s Run, the 1976 film depicting a time and place where people “go to carousel” when they reach age 30, keeping the population young.

A variation on the stolen-organ theme is the urban legend of awakening in an ice-filled bathtub with a mysterious scar, which Snopes describes as “unwary travellers drugged and used as unwilling kidney donors by bands of organ thieves.”

Asking to donate one’s organs before death is a different story.

In the traditional hospital end-of-life setting, treatment of a severely ill or injured patient is uncoupled from the decision to donate organs, although on TV medical shows an ominous cooler may be surreptitiously placed outside the ICU when a patient is about to expire, and it’s not filled with beer. According to the NEJM Perspective, in some nations, a severely ill or injured person can request heavy general anesthesia so that organs can remain perfused in tip-top shape and removed when she or he is still alive. The donor would simply not awaken, like someone in Never Let Me Go completing.

I don’t know what this sort of sacrifice would be called. But the sequence of events intended to donate top quality organs before death is possible because of “voluntary euthanasia,” in which a physician provides the lethal drug cocktail or other deadly intervention. This differs from “physician-assisted suicide,” in which the physician provides the drugs, but the patient takes them. 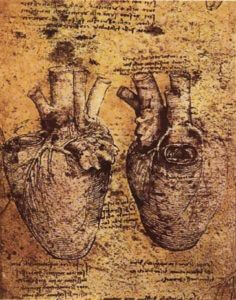 The Perspective doesn’t address specific circumstances of a patient asking to donate before death, other than demonstrating sound judgment. “Clinicians must confirm that patients have decisional capacity and that their choices are fully informed, voluntary, and not unduly influenced by treatable or reversible conditions, such as some forms of mental illness,” Ian Ball, MD, from Western University, Robert Sibbald, MSc, from the London Health Sciences Center, both in Ontario and Robert Truog, MD, from the Center for Bioethics at Harvard Medical School write.

So who could donate before death?

I’ve had cancer twice, so my organs are off limits, as would be those of people harboring serious infections. That leaves accident victims with sufficient brain function to make rational decisions, and perhaps people with terminal neurological conditions that don’t impair cognition or damage organs. It’s difficult to even think about.

Legalities limit the practice. The list of nations that have legalized euthanasia is short: the Netherlands, Belgium, Colombia, Luxembourg, and Canada. Assisted suicide is legal in Germany, Switzerland, the Netherlands, and in the United States in Oregon, Washington, Hawaii, Colorado, Vermont, Montana, California, and Washington DC.

Canada approved euthanasia in 2015 for patients with “grievous and irremediable” suffering and in 2016 amended a Supreme Court ruling to distinguish voluntary euthanasia from physician-assisted suicide. It’s that distinction that may be driving discussion of living donations to completion, with apologies to Ishiguro. “These developments create a new pathway for organ donation — and with it, some challenges that will also be relevant for other jurisdictions where medical assistance in dying is permitted or under consideration,” write the Perspective authors.

Because voluntary euthanasia requires a physician, it can occur in a hospital. That would presumably provide healthier organs than from a person who intentionally overdoses alone at home.

The issues arising from voluntary euthanasia say out loud what is typically only whispered or assumed: providing enough of a drug, like morphine, to relieve terminal pain, while knowing that it could send the patient painlessly into the beyond, is already done. This article is two decades old but confronts “managed deaths” from morphine overdose. 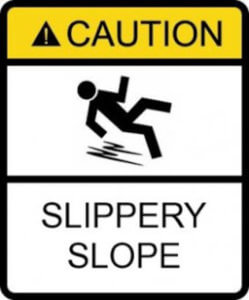 A slippery slope to living lethal donations has already materialized. For example, sometimes, at a donor’s request, heparin is dripped into the bloodstream shortly before death to prevent clotting, which could damage organs. And a hospital is equipped and staffed to harvest organs as soon as the donor goes pulseless – aka “donation after circulatory determination of death.”

The next step is obvious. Wouldn’t organs retrieved before death, in the hospital, be in even better condition than those taken minutes after death? But even in nations that approve of voluntary euthanasia, the decision to end life is supposed to be independent of the decision to donate organs.

Ethicists evoke the “dead donor rule”: vital organs may only be retrieved after a patient’s death, and taking the organs should never cause the death. Canada and some European nations that permit voluntary euthanasia support the dead donor rule.

Dr. Truog, a co-author on the new paper, was also on the 2013 paper cited above, which describes disturbing cases involving the dead donor rule. In one, a young girl sustained severe brain damage in an accident. Because she had no hope of recovery, her parents wanted to donate her organs. But when physicians withdrew life support, expecting imminent death, the girl lingered too long for her organs to remain suitable for transplant. The parents, devastated, described the failure as “a second loss.” Why couldn’t drugs have anesthetized their daughter sufficiently to remove her organs before withdrawal of life support, they asked?

Another victim of accident-caused brain damage had been a known advocate of organ donation, but for reasons unstated in the article, didn’t meet requirements for ordinary channels of procurement. So instead, his family requested, to circumvent the dead donor rule, that he donate only non-vital organs such as part of his liver and a kidney, while under heavy anesthesia before withdrawal of life support. That plan checked all the ethics boxes, but then surgeons refused to comply. They argued that the accident had rendered the man too cognitively impaired to consent to living donation, which the United Network for Organ Sharing requires.

People requesting to donate their organs before they die may seem to be selfless, but I think they are selfish. That’s because they can’t do the deed alone. Participating, observing, or even just knowing can affect others. Consider the perspectives of those involved. 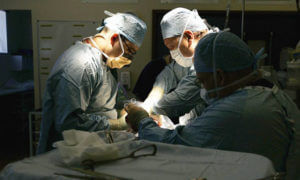 The donor: In a typical ICU end-of-life scenario, a surrogate must articulate the wishes of an incapacitated patient. Those wishes would be clear in the case of voluntary euthanasia. The Perspective writers state this starkly: “Although some patients may want to be sure that organ procurement won’t begin before they are declared dead, others may want not only a rapid, peaceful, and painless death, but also the option of donating as many organs as possible and in the best condition possible.”

The family: Goodbyes would need to precede, in a different room, the removal of the organs that would cause death. What toll could that have on close relatives? I can imagine a lifetime of nightmares.

The health care team: Actively ending a life, whatever the intention, goes against the Hippocratic oath of “do no harm” and against the bioethical principle of beneficence, to “do good.” This is the reason for the separation of end-of-life care and donation decision. Clinicians should have a way to opt-out of participating in donation-before-death, argue the Perspective authors. But to whom does that apply? Physicians and nurses, certainly, but what about the pharmacists mixing up a lethal cocktail? Lab techs monitoring health status?

Bioethicists: Part of the definition of beneficence in health care is “a moral imperative; one that advocates for high standards and strives for the greater good.” Is donation-before-death doing good by increasing the organ supply? Or is it murder?

Organ recipients: Should they be told where their hearts, lungs, livers, or pancreases come from? Can they decline a donation from the undead without sacrificing their place on the waiting list? Are the organs tainted by intent? Or would a recipient’s desperation to live overshadow revulsion?

Legal: In Canada, organ retrieval is not considered to be an accepted cause of death. The Criminal Code would need amending to permit the decoupling of voluntary euthanasia and organ donation.

Organ donation before death isn’t only an idea borne in the mind of a novelist. By the time of this 2016 report, it had already happened at least 40 times in the Netherlands and Belgium. And those are just the reported cases.

Whatever approach investigators take, experiments demonstrating an advantage to human organ retrieval before death still won’t address the bioethical concerns. Whose wishes should be paramount? I’d like to see the discussion introduced in the NEJM Perspective continue.