Proposed U.S. regulation of gene-edited food animals is not fit for purpose

This article or excerpt is included in the GLP’s daily curated selection of ideologically diverse news, opinion and analysis of biotechnology innovation.
It has been more than two years since the FDA released its draft “Guidance for Industry #187” “Regulation of Intentionally Altered Genomic DNA in Animals”, that proposes to regulate ANY “intentionally altered genomic DNA” in food animals as a veterinary drug, irrespective of product novelty or risk. Human intention does not equate to risk. This regulatory trigger seems to be aimed squarely at some taint associated with human intervention . Despite the fact that the public comment period for the FDA’s draft guidance for industry #187 closed on June 19, 2017, there has not yet been a formal response to the many comments by public sector scientists working in this field who see that this regulatory approach will make food animal research in this field cost prohibitive, and effectively preclude the use of gene editing in food animal breeding programs.

Dietary DNA is generally regarded as safe to consume, and is a routine ingredient of food obtained from any species. Millions of naturally-occurring DNA variations are observed when comparing the genomic sequence of any two healthy individuals of a given species. Breeders routinely select desired traits resulting from this DNA variation to develop new cultivars and varieties of food plants and animals. Regulatory agencies do not evaluate these new varieties prior to commercial release.

To put this in perspective, one study of whole genome sequence data from 2,703 individual cattle in the 1000 Bull Genomes Project revealed more than 86.5 million differences (variants) between different breeds of cattle. These variants included 2.5 million insertions and deletions of one, or more, base pairs of DNA, and 84 million single nucleotide variants, where one of the four nucleotides making up DNA (A, C, G, T) had been changed to a different one.

A small fraction of these mutations have been selected by breeders owing to their beneficial effects on characteristics of agronomic importance. None of these naturally-occurring variants are known to produce ill effects on the consumers of milk or beef products. In fact, every meal we have ever consumed is genetically distinct from every other meal in terms of genomic DNA sequences. Genetic variation per se does not pose a unique hazard as it relates to food safety. All non-processed foods harbor DNA as a natural component and that DNA is different in every individual of every food species (both plants and animals).

Gene editing tools now allow plant and animal breeders to precisely introduce useful genetic variation into agricultural breeding programs. The U.S. Department of Agriculture (USDA) announced that it has no plans to place additional regulations on gene-edited plants that could otherwise have been developed through traditional breeding prior to commercialization. However, the U.S. Food and Drug Administration (FDA) has proposed mandatory premarket new animal drug regulatory evaluation for all food animals whose genomes have been intentionally altered using modern molecular technologies including gene editing technologies.

Mandating premarket regulatory approval for deletions, mutations, and the conversion of one wild-type allele to another wild-type allele in the same species (cisgenic) that could have been obtained using conventional breeding runs counter to the approach that was outlined by OSTP in the 1992 policy announcement (following the 1986 Coordinated Framework document). There it is stated that, “Exercise of oversight in the scope of discretion afforded by statute should be based on the risk posed by the introduction and should not turn on the fact that an organism has been modified by a particular process or technique”. Additionally, it was clarified that “(O)versight will be exercised only where the risk posed by the introduction is unreasonable, that is, when the value of the reduction in risk obtained by additional oversight is greater than the cost thereby imposed. The extent and type of oversight measure(s) will thus be commensurate with the gravity and type of risk being addressed, the costs of alternative oversight options, and the effect of additional oversight on existing safety incentives.”

At the end of the day, food animals with intentional genomic alterations produce food, and if the food they produce is not biologically active via an oral route of administration it does not make sense to regulate these intentional genomic alterations as drugs. Referring to a DNA sequence variant as a “drug” is likely to confuse or frighten consumers who might infer that there are biologically active substances in their food.

A DNA alteration is not a drug, but rather part of the genetic code uniquely associated with any organism. Through its natural function within a cell, DNA controls how an organism grows and its unique form and function. The phenotype will ultimately be determined by the interaction of an organism’s genomic DNA sequence and the environment in which it lives. We do not regulate the millions of spontaneous genetic alterations that are in our food because DNA is generally regarded as safe to consume, and it is a routine ingredient of food obtained from any species, irrespective of its sequence. 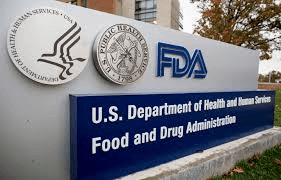 The FDA’s draft “Guidance for Industry #187” entitled “Regulation of Intentionally Altered Genomic DNA in Animals” is not fit for purpose as it relates to food animals that could otherwise have been developed through traditional breeding techniques. Myself and fellow academic researchers reject the idea that intentional genomic DNA alterations should be regulated as a veterinary drug in food animals, and consider that the proposed approach will thwart the development of genetic approaches by public sector researchers and small companies to use gene editing to solve zoonotic disease and animal welfare problems in the United States.

Please support the petition calling for harmonization of the U.S. biotechnology regulatory system so that both plants and food animals that could otherwise have been developed through traditional breeding techniques are not subject to additional premarket regulatory requirements based solely on the fact that intentional genomic alterations were introduced using modern biotechnologies or rDNA techniques in the breeding process.