Viewpoint: Why the USDA’s new ‘GMO label’ is meaningless

This article or excerpt is included in the GLP’s daily curated selection of ideologically diverse news, opinion and analysis of biotechnology innovation.
Near the end of the year, the USDA’s Agricultural Marketing Service put out their final rule [PDF] regarding the National Bioengineered Food Disclosure Standard (NBFD). The NBFD is the mandatory GMO label Congress mandated in order to tame the chaos that was starting to arise as different states started passing different GMO labeling laws à la The Articles of Confederation (which went so well).

The anti-GMO groups that wanted a mandatory label in the first place are beside themselves for a number of reasons. Mostly because they say it is misleading – which, it is.

I say it’s misleading because what anti-GMO advocates and many consumers wanted was a mandatory GMO label. As in a label that said something along the lines of “Contains GMOs”. This label very pointedly does not do that. There are also a legion of exemptions which render the label meaningless in highlighting various applications of genetic engineering the food system. So, I understand why they are pissed off. However, that doesn’t mean I have much sympathy.

Over the past number of years, especially during the state labeling campaigns of 2013 and 2014, it was patiently explained over and over again that a GMO label would be meaningless, since it would convey absolutely no information about the physical properties of the food it labeled, or the health and safety of the food, or of pesticide use that went into the production of the food, or anything else about the environmental impact of the production of the food or anything about any other production processes. Nearly all these attempts at explanation were about as persuasive as Charlie Brown’s teacher’s muted trombone drone in a Peanut’s special. “A GMO label tells you nothing meaningful about the food,” many of us droned. To which, labeling advocates replied, “WE DON’T CARE. We want the label anyway.”

A meaningless label you want. A meaningless label you shall have. Consider yourselves the victims of an elaborate trolling scheme which you engineered (bioengineered) yourselves. You think GMOs are dangerous because you don’t trust the government and yet you want to have the government take over GMO labeling from your allies at the Non-GMO Project. How’s that working out for you? 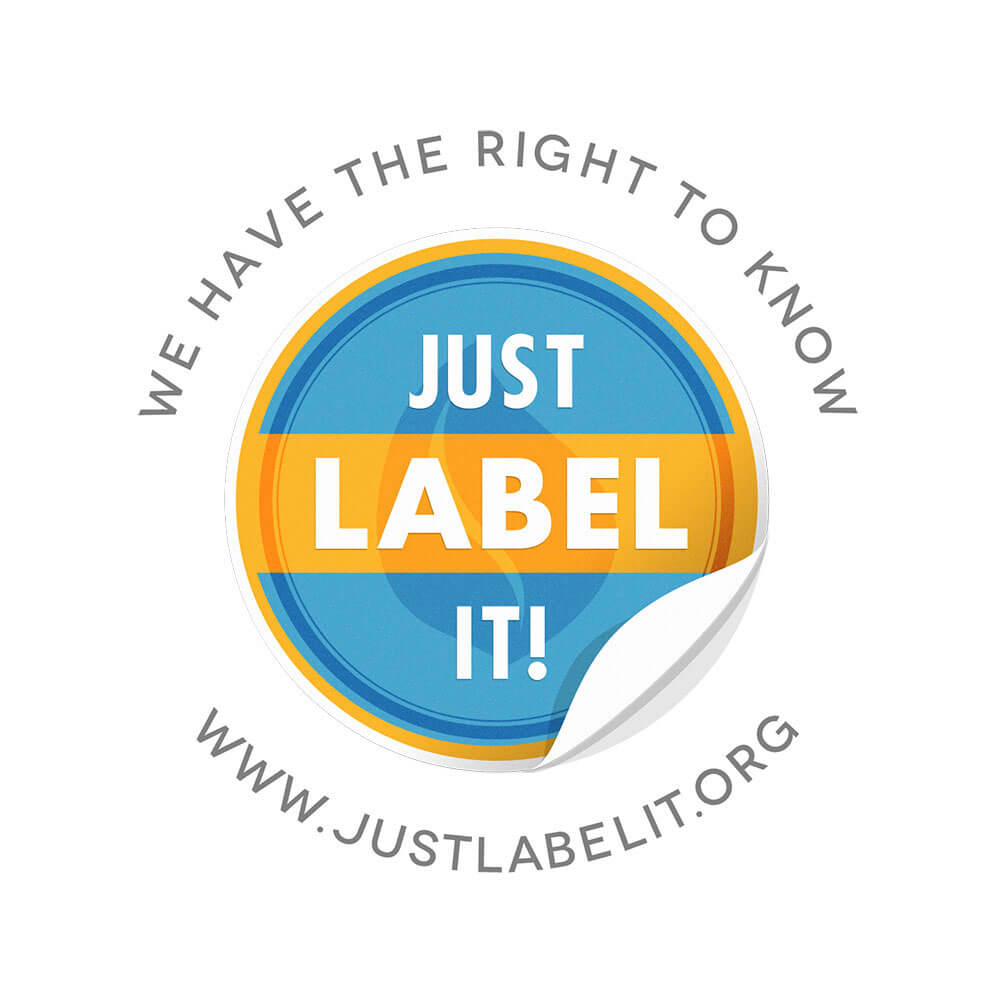 Working out how a law is supposed to work is hard enough when you are nailing down the details for putting good ideas into practice. Thinking through edge cases,  and the material nuts and bolts of how it is supposed work in real life. Doing all that for dumb ideas is recipe for failure – or at least Kafkaesque bureaucracy and red tape. How Kafkaesque? Not only do the anti-GMO groups hate it, but the companies that are going to be required to use the label hate too. Danone, Mars, Nestlé, and Unilever, under the banner of their their trade group, the Sustainable Food Policy Alliance, put out a statement of protest:

We remain concerned, however, that the standards fall short of consumer expectations, and the practices of leading food companies, particularly when it comes to how we are already disclosing highly refined ingredients and the threshold for disclosure. Our member companies will continue to take strong, proactive steps to meet consumer expectations for transparency – and we encourage others in the industry to do the same.

Before we get to the Kafkaesque aspects of the law, let’s cut to the chase. How much is this bureaucratic boondoggle going to cost us? From the final rule [PDF]

… Because the NBFDS is a marketing standard and not related to health or safety, any threshold amount must balance the benefits gained from disclosure with the costs to implement that disclosure. AMS believes Alternative 1-A appropriately identifies that balance.

That’s a lot of money for something unrelated to health and safety to assuage the curiosity of consumers who want this information only because they are misinformed in the first place.

How does the label work? What does it do?

Under the current interpretation of “bioengineered” they are sticking with the method that triggers regulatory action on other fronts [PDF] :

The amended Act defines “bioengineering” with respect to a food as referring to a food “(A) that contains genetic material that has been modified through in vitro recombinant deoxyribonucleic acid (DNA) techniques; and (B) for which the modification could not otherwise be obtained through conventional breeding or found in nature.”

Related article:  Chile poised to tackle food shortages and climate change with 'Golden Apple' and other CRISPR-edited crops
Follow the latest news and policy debates on agricultural biotech and biomedicine? Subscribe to our newsletter.
SIGN UP

The rules for multi-ingredient foods are the star of this show, but let’s run through the simple stuff first.

Foods derived by way of bioengineering that won’t require a bioengineered label:

Just for the sake of an example, let’s look at two types of Hormel Chili. I’m only using Hormel here because they have they have conveniently similar products to compare with the ingredients online. The standard used pork stew as an example.

Both the Vegetarian with beans and NO Beans chili types of Hormel Chili contain soy flour, which likely would need to be labeled as bioengineered, unless Hormel was to source non-bioengineered soy flour. Note: nucleic acids can be found in soy flour so it is not an exempt product on that basis.

However, let’s look at the first few ingredients of each chili type. Vegetarian with beans has “Water, Beans, Tomatoes”. Even though soy is 9th in the ingredient list for the vegetarian chili, and listed as being less than 2% or less of the product, it would require a bioengineered label. NO Beans has “Water, Beef and Pork, Textured Soy Flour”. Even though soy is 3rd in the ingredient list, it would not require a bioengineered label.

There are four options for making disclosure:

There are a number of obvious reasons why anti-GMO advocates are unhappy with these as well, and again, I don’t blame them, but neither do I sympathize with them. They wanted a label that was a dumb idea from the start, nobody should be surprised that it turned out to be a dumb idea in the end. Sometimes an outcome that makes everyone equally unhappy is a sign that something approximating an optimal balance of interests and trade-offs has been achieved. And sometimes an outcome that nobody is happy with is a sign of a bad outcome. I’d put the new BioEngineered label in the second camp.