Crops that can withstand the ravages of climate change or resist killer diseases? Many already have been developed — including varieties of bananas, cassava, wheat and oranges — but they languish on laboratory shelves as their creators navigate the complex, and sometimes contradictory, regulations developed over the years to deal with genetically modified crops.

We now know that many new genetically engineered plants and animals are as safe as conventionally grown alternatives. But the path to approval for new GMOs remains lengthy and costly— as long as a decade and upwards of $120 million. That’s why some researchers are turning to new tools, including gene editing, to achieve similar or even superior results — with the potential for fewer regulatory hurdles.

Yet another avenue is offered by the burgeoning field of epigenetics — the manipulation of plant DNA without permanently changing it. Epigenetically manipulated crops have been shown to grow vigorously even when stressed by drought, heat or cold. And under current law, they are not subject to the same regulations facing older technologies.

Sally Mackenzie is a professor of plant science at the University of Nebraska and co-founder of Epicrop Technologies, a private company developing a new plant-breeding method using this technology. According to its website:

Epicrop’s epigenetic technology is unique as it is able to improve crop yields and stress tolerance without making any changes to the DNA sequence of the plant. The final crop plant is genetically identical to the starting plant and contains no foreign genes or any changes to the plant’s DNA.

“We do nothing to them genetically, just epigenetically,” Mackenzie said in a phone interview.

All living organisms contain DNA, our life’s code that contains multiple genes. Each gene contains instructions for cells on how to make certain proteins. Our genes rarely change throughout our lifetime. The DNA in a nine-month-old baby boy will be essentially the same when he’s an old man. But during that lifetime, certain genes will be “silent,” while others will be “expressed” — meaning they will send instructions to the cells.

Over time, the gene activity will change. Some that were silent during the child’s early years will become active when he’s older. And some that were previously active will become silent. These changes in how and when genes are expressed help explain what causes him to grow as a boy, go through puberty as a teenager, and stop growing as a young man — even though his DNA remains the same.

Since the 1930s, plant breeders have used radiation or highly toxic chemicals (also known as mutagenesis) to mutate and modify the DNA of plants in order to produce better crops. Plant breeders who use this breeding technique expose plants to disruptions in hopes that some kind of random genetic mutation will occur that will be beneficial. The sweet Ruby Red grapefruit, which can be grown and sold as organic, is one of 3,000 plants that have been developed using mutagenesis. Despite the fact that the process results in tens of thousands of unplanned and unmappable mutations, it is unregulated, while genetic engineering, which might require only a singe gene tweak, must go through years of expensive evaluations.

In the 1990s, a more precise method of genetic modification was approved for corn, soybeans and other crops. These GMOs are sometimes created by taking a useful gene or a few genes from one species and inserting it into a different one, resulting in crops that are resistant to viruses, insects or herbicides.

In both of the plant-breeding methods, we can use genetic sequencing to see that changes have actually been made to a plant’s DNA. However, that is not the case with the new plant-breeding method being developed by Mackenzie and Epicrop. This method basically silences a gene, but leaves the DNA intact. No “foreign” DNA is inserted, as in transgenic breeding.

Several years ago, Mackenzie and her lab colleagues discovered a gene called MSH1. They learned that silencing the gene tricks plants into “believing” they are growing under stressful conditions, causing them to compensate by activating a number of survival mechanisms, resulting in higher yields and more robust growth. As Mackenzie explained:

When this gene is no longer functional, it sets off a cascade of events in a plant that are very interesting. The plant believes, under this condition, that it is experiencing all kinds of stress—drought, cold, and heat, all at one time—so lots of those different stress pathways are all amplified simultaneously. The plants believe that they’re seeing stress, even if you’re growing them in perfect conditions. 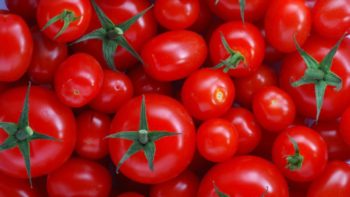 While silencing genes is nothing new, Epicrop’s method of focusing on the MSH1 gene uses a new methodology that can be used over multiple generations. After silencing the gene, Epicrop crosses the manipulated plants with non-manipulated ones. The offspring are robust for about five generations, just like their manipulated parents.

As Mackenzie describes it, it’s as if they have reprogrammed the plants’ memory — not their DNA — so they always react as if they are growing under stressful conditions:

What we’re doing, actually, is to create memory. Once we create this memory of stress, we can grow all of its progeny, and all of its progeny will still have that memory. We can go ten cycles and still have that memory, so we’ve now created in this variety a memory stock — a breeding stock that we can use in all of our crosses. Now we’ve got a new way of doing breeding that gives us new, enhanced capabilities that we didn’t have, and it is not subject to regulation because we’re not adding any genetic change, we’re adding epigenetic change.

Mackenzie and her colleagues have shown this breeding method is effective with sorghum, tomatoes and Arabidopsis, and she believes that it can be used with virtually any plant:

That’s what’s really quite remarkable, that something so profound that would happen in sorghum appears to be altering very similar pathways when you get to tomato, which is such a distant relative. It’s as if all plants speak the same language. It doesn’t matter what lineage you’re looking at. I’m imagining that we could probably do this with tree crops and ornamentals. They all seem to go to this same place of creating this memory, and this memory always involves these stress-response pathways and these particular hormonal pathways. You’re altering them in very similar ways, regardless of the plant species.

While traditional GMO crops take years to pass regulatory hurdles, Epicrop’s plants will not have to undergo strict scrutiny because no changes are made at the genetic level. “There is nothing you can regulate about my technology,” Mackenzie said. “When APHIS considered this for regulation, they didn’t even know how to impose regulation even if they wanted to.”

This means that epigenetic seeds may be available relatively soon to help farmers address drought and heat due to climate change. Epicrop is currently conducting large-scale field tests on sorghum and tomato, and is developing partnerships with seed companies whose products can benefit from their epigenetic technology.

A version of this article previously ran on the GLP on August 23, 2017.

Richard Levine, co-author of IPM for the Urban Professional: A Study Guide for the Associate Certified Entomologist, is an independent communications consultant and a freelance science writer. Follow him on Twitter at @Rich_Lev

Musician Nicki Minaj hesitates to get a COVID vaccine because it ‘caused a friend of a friend to become impotent’. Let’s review the evidence