Frozen in time: You can be cryogenically preserved, but will you ever be revived?

This article or excerpt is included in the GLP’s daily curated selection of ideologically diverse news, opinion and analysis of biotechnology innovation.
Throughout popular culture, there have been cautionary tales of what happens to people who awaken after centuries of cold preservation.

There was the 1969 science fiction movie Planet of the Apes, which saw astronauts returning to an unrecognizable Earth, now ruled by apes. The 1973 comedy film Sleeper featured Woody Allen as a Greenwich Village health food store owner who is awakened after two centuries of cryopreservation to find a dystopian world, in which he is asked to assassinate a corrupt dictator. He’s deemed perfect for the job, because there are no records that he ever existed. And in a 1988 episode of Star Trek The Next Generation, a businessman awakens after four centuries, expecting to find that his net worth has ballooned during his absence. Too his dismay, he learns that humans have cast aside little things like money. 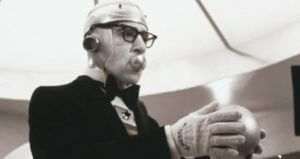 These are, admittedly, fanciful examples of what could happen to people who are preserved. But if preservation technologies gain the ability to preserve life for years or decades, there will be a day when we are reviving people in eras that are far different than those they were born in. This could bring all sorts of legal and financial complications. And how does a person who goes to sleep for a century or more, relate to great-great-grandchildren who are, by all appearances, the same age?

With biotechnology advancing we might be at a crossroads when people need to start considering possible scenarios to develop contingencies. The urgency for doing so surely is influenced by the current status of research and how soon we are likely to see long-term human hibernation — an attractive option for people dealing with life-threatening injuries or illnesses for which there are no current cures.

A handful of research groups around the world are studying the brain pathways that enable mammals that hibernate naturally to survive, and even thrive, when core body temperature drops. Lower than normal core body temperature is called hypothermia and it’s being put to an increasing number of applications in clinical medicine. Routine clinical applications include post-cardiac arrest induced hypothermia –a mild therapeutic cooling of patients who lose consciousness after their heart stops. 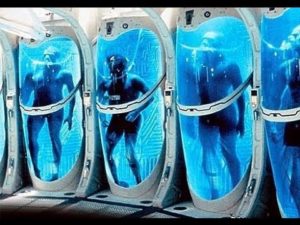 The condition also is induced routinely during open heart surgery. Moderate hypothermia generally refers to core temperature in the range of 28-32° Celsius (82.4-89.6° Fahrenheit). Applications using moderate hypothermia include surgery on the great vessels that carry blood into and out of the heart, and certain brain operations. Deep or profound hypothermia involves temperatures below 20° Celsius (68° Fahrenheit), and is the main strategy in a clinical study inducing suspended animation (called EPR-CAT) in victims of trauma who have lost enormous amounts of blood.

Non-hibernators, such as humans and dogs, respond with progressively worse complications when moving from mild to moderate to profound hypothermia. Consequently, clinically-relevant research in natural hibernators is aimed at triggering brain pathways in human patients to signal organ systems to react to cooling the same way that hibernators do.

The largest and most active cryonics unit is Alcor Life Extension, an Arizona-based nonprofit with dozens of people in cryopreservation. Techniques for preservation have been evolving, since the company was founded in 1972. People used to be frozen. But today they are vitrified — solidified into a glass-like state. The goal is to preserve the molecular integrity of body cells — especially in the brain — and the geometry between the cells as it exists at the time that the person is declared dead. This maximizes the chances that memories in the brain will be preserved. Nobody has yet been revived, but preservation of memory is thought to be plausible for a couple of reasons. 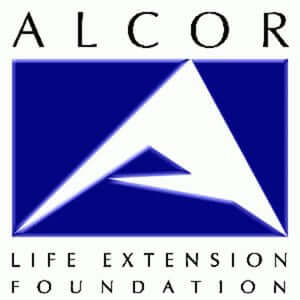 The first is that vitrification is now being studied for preservation of donated organs, which have been thawed successfully and transplanted into laboratory animals. Also, vitrified brains of non-human animals have been shown to preserve their microscopic anatomy.

Why is Alcor in Arizona? The main reason is that the risk of earthquakes and other natural disasters is fairly low. People opting for cryonics expect that their bodies might be in stasis for timescales measured in centuries.

As far as financial matters go, many of Alcor’s clients use life insurance policies to cover the cost of preservation and maintenance ($200,000 for a whole body or $80,000 for just the head). People use trust funds if they have net worth they want to recover when revived in the future.

The rationale presented to those considering cryonics is that there’s no guarantee they will ever be revived, but that it is reasonable that they might be. Along with chemicals called cryoprotectants, bodies getting preserved receive a host of medications. The list of the agents used is constantly evolving and continuing research is likely to reveal alternative methods that preserve organ function and cell integrity better. This means that cryopreservation is likely to work better years and decades into the future than it works now, even before getting to the milestone of having somebody revived.

Another factor that could affect the quality of preservation is how quickly Alcor begins the preservation process after declaration of death. Consequently, people who reside in Scottsdale or in the Phoenix metropolitan area may be at an advantage. This raises the issue of whether it could advantageous to begin the cooling process before a patient is declared dead. This would not be allowed in the United States just yet, but Alcor executives have mentioned on a few occasions that the company is considering how patient choice laws in different jurisdictions could impact the preservation process. Countries like the Netherlands, or even in certain US states like Oregon, have more liberal assisted suicide laws. Perhaps, this could eventually lead to a situation in which cryopreservation could begin sooner.

The chances of this happening might also be improved if research on human hibernation gets to the point where people who are medically, physiologically stable can be put into a low metabolic state that physicians have learned to reverse. In such a case, the patient would not have to depend on some future society learning to reverse the preservation process. That could transform human hibernation into a common procedure. Then, preservation would really be what cryonicists consider it to be already — an extension of emergency medicine.

A version of this article previously ran on the GLP on March 9, 2017.