Why synthetic biology is about much more than resurrecting woolly mammoths

Synthetic biology…Simply mentioning this term — whether at a cocktail party or on a pop culture TV show — evokes a plethora of responses. These could range from puzzled looks to questions about the somewhat famous, though likely quixotic, quest to resurrect a woolly mammoth from remnants recovered in Siberia. Also, on the radar screen is synthetic biology as applied to the development of drugs and biological weapons. But flying below the radar — and, oddly, the sweet spot for investments by governments and private industry — is a less sexy focus on the industrial uses of synthetic biology. Such uses range from environmental clean-ups to new energy sources.

What do we mean by “synthetic biology”? To keep things simple, synthetic biology has been described as a kind of “genetic engineering on steroids“. Plain, old genetic engineering includes a range of strategies, the classic one being transgenics — copying a gene from one biological species and inserting it into the cell nucleus of another species. This has enabled bacteria to produce human insulin and plants to produce their own defenses against pests and herbicides such as glyphosate. Genetic engineering also include CRISPR technology, which can function as a kind of line item editing.

In contrast, synthetic biology involves the rewriting of large segments of the genomes of organisms, resulting in what effectively are new organisms. Whereas the mammoth revival is synthetic biology and while it gets good media attention, it’s more a cartoon use of synthetic biology. On the other hand, the transformations that could occur by creating new life forms — that’s really what synthetic biology is — may not be so sexy. Yet, they could change the world. 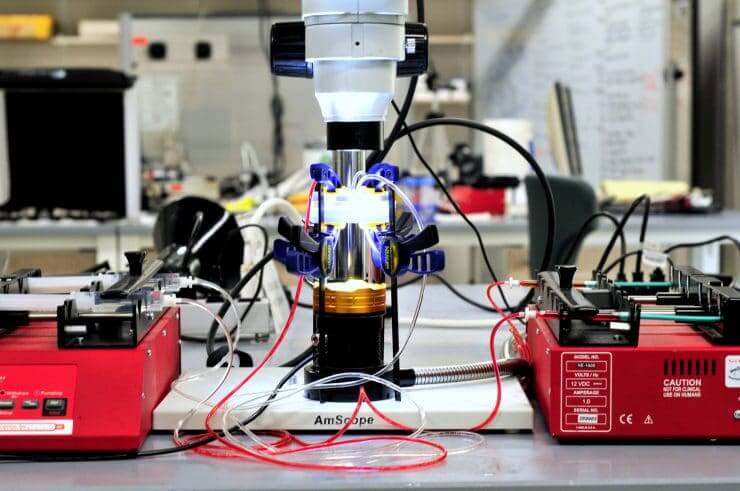 How did we get here?

Although synthetic biology technically includes old endeavors, such as utilization of mold to manufacture penicillin almost a century ago, and application of microorganisms in production of wine and beer far back into ancient times, the field of modern, industrial  synthetic biology is as young as the current century. Effectively, it started in 2002, when the US Department of Energy invested in Craig Venter’s work involving the Defense Advanced Research Projects Agency (DARPA). Since then, investment in synthetic biology has been on the rise, creating a market valued at multiple billions, including US government investment investments exceeding the $1 billion milestone.

As an example of the power of synthetic biology, consider the application of this technology to the production of nitrogen, which is enormously important in the chemical industry.

“What Pivot Bio is doing is a revolution in how we produce nitrogen,” says John Cumbers, founder of SynBioBeta, an innovation network for biotechnologists and bioengineers, as well as investors, innovators, and entrepreneurs who hope to utilize synthetic biology to make civilization more sustainable. “And it’s going to have an amazing impact on the environment, taking both co2 and methane out of the atmosphere.”

As with biomedical applications, industrial applications center on chemicals, but chemicals produced by life forms that often have been tweaked or substantially altered. Thus, in a sense, synthetic biology also involves the creation of new life — some more novel than others.

Industrial applications of synthetic biology include the following:

The above list represents only a sampling of industrial synthetic biology applications, but it illustrates the level of power that synthetic biology holds toward the goal of making industry both more efficient and productive while also decreasing the environmental impact of industrial processes. To appreciate how this is possible, consider a biological process, such as energy generation inside a muscle cell compared with the generation of energy in a gasoline engine that powers a car. In terms of how much energy is extracted from the bonds that connect atoms in a molecule of glucose (blood sugar) to create the energy molecule ATP in the presence of oxygen (a process known as aerobic glycolysis), the efficiency of the cell is approximately 39 percent, with the remaining energy being converted to heat. This is why our bodies warm up during exercise. In comparison, the efficiency of conversion from chemical energy to the mechanical energy of the best gasoline engines is no more than 30 percent. Similar to aerobic glycolysis, the remaining energy is converted to heat. This greater efficiency of biological systems is the main reason whey conversion of industrial processes from chemical to biochemical has benefits in terms of both quality of the product and the environmental effects.

Whereas the previous section lists industrial applications of synthetic biology, a brief discussion of the strategies for creating biological systems for industrial technology is appropriate.

Whether one is dealing with chemical industrial processes that have developed over more than a century, or biochemistry, the basis of molecular is the element carbon, which is to say organic chemistry. Novel molecules — effectively introducing new life forms — can be built up by assembling organic molecules with methods that are variations on biological processes that evolved over billions of years. Today, two processes are are at center stage. There is carbon dioxide (CO2)-based manufacturing and there is  methane (CH4) manufacturing. These two compounds represent opposite extremes of a spectrum of chemical compounds containing one carbon atom that can be used as building blocks. CO2 is what’s called an oxidized compound, whereas CH4 is a reduced compound, and that’s why each is the basis of a particular synthetic biology process.

Using both processes mentioned above, synthetic biologists have been able to create a microorganism that cleans up wastewater treatment and another microorganism that makes plastics (which are thus called bioplastics). Other researchers are creating industrial products out of mushroom based bio material. Furthermore, using Co2-based manufacturing, developers are creating organisms that produce nitrogen and reduce unwanted compounds, such as greenhouse gases, from the air more efficiently than naturally occurring organisms do this.

“It’s going to have an amazing impact on the environment, taking both co2 and methane out of an co2 and nitrous oxide out of the out of the atmosphere,” Cumbers said.

Rather than being limited to Earth, industrial synthetic biology even occurs on the International Space Station, where NASA is using synthetic biology to remove methane from the ISS air, and where research is advancing that could convert co2 into plastics, and even directly into food with no need for agriculture, another company called Craig labs are all doing spider silk from fermentation. That’s an industrial use, as is the fermentation of sugar .

Biology is the greatest industrial vector of all time. And we’re only just at the beginning.