This article or excerpt is included in the GLP’s daily curated selection of ideologically diverse news, opinion and analysis of biotechnology innovation.
Drink Sandwiches? Eat Beer? Beer manufacturers and breweries are turning spent grains into bread, animal feed and even energy and compost. They are also taking bread and turning it into beer! The efforts of the beer industry point to significant progress in the battle against food waste.

According to ReFed, a multi-stakeholder nonprofit committed to reducing U.S. food waste, one in seven Americans are unsure where their next meal will come from. Yet simultaneously, we waste 40% of edible food from the time it is harvested to its journey to the dinner plate. It just doesn’t make sense.

Wasted food means wasted water and fertilizer, as well. Approximately 20% of the total amount of fresh water and fertilizer used to grow these crops just go to waste. And as for us, the end consumers, 20% of landfill volume is comprised of food waste. 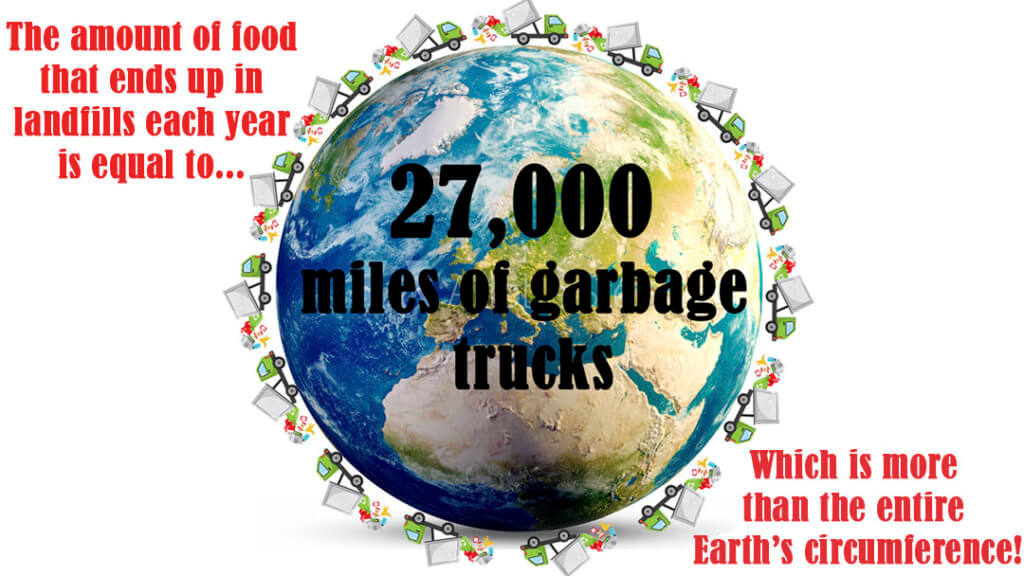 Circularity is the new sustainability

A modern concept called “circular” sustainability goes beyond a product’s initial life to how it can be repurposed or regenerated into a new product. It is not enough to produce a product with sustainable solutions; companies must take responsibility for the discarded or unused ingredients, as well.

For all you beer lovers out there, let’s think about waste another way: out of every six-pack of beer, throw two cans away. Beer making requires large amounts of water to brew the beer and grow the barley, hops or other grains that go into it. When all is said and done, brewing each six-pack of beer can leave behind a pound or more of brewer’s spent grains (BSG). These grains come from the leftover malt and make up nearly 85% of a brewery’s by-product.

Related article:  Party drug 'ecstasy' could be the answer to years of searching for a PTSD treatment

We have fun drinking the beer, but all the fiber, micronutrients, and even probiotics from the barley after the fermentation process are left behind in a spent grain waste stream. Globally, about 42 million tons of BSG is created from beer we drink. In the United States alone, we drink about six billion gallons of beer a year. But if we repurposed the spent grains, every American could enjoy 35 loaves of bread!  If we recycled it all, everyone in the world would have 12 loaves of bread each year!

The brewing industry has been working hard to address and find creative ways to make the left-over materials serve as something other than waste.  This is especially important because 40% of total food waste by volume is from consumer-facing businesses.

Imagine crackers, cookies, and bread all made from beer. Restaurants and bakeries around the world upcycle BSGs and even sell them online. However, bread cannot be made with only the BSG. Of the dry ingredients, at least one-third needs to be wheat flour to keep the bread from getting crumbly. Regrained, a San Francisco company, was inspired by two UCLA undergrads who brewed their own beer and then learned that they could bake bread with the leftover grains. They figured if they sold enough loaves, they could brew their beer for free. Now a much bigger idea, Regrained uses BSG from several local breweries to create a patented SuperGrain flour to make nutritious granola bars with prebiotics, fiber, and micronutrients. 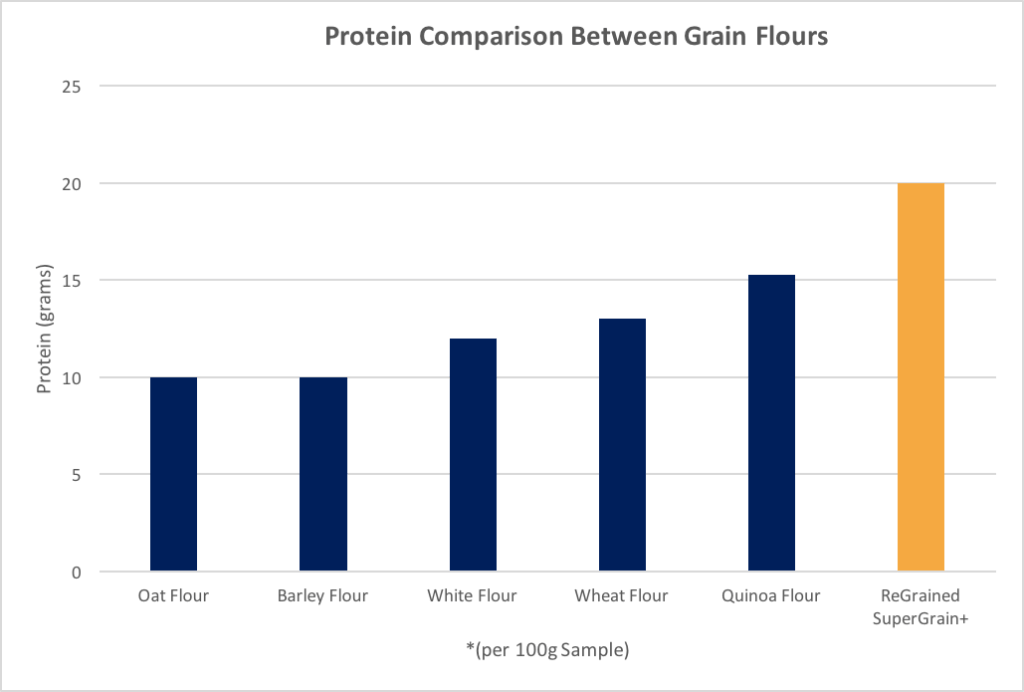 Rise Products, from New York City, makes and sells flour from spent grains collected from local craft breweries. The flour has twelve times the fiber, two times the protein and one-third of the carbs of regular flour. They utilize 6,000 tons of spent grains otherwise destined for the landfill.

Mash Tun Crackers has a relationship with a local brewery to make high fiber, high protein, enhanced mineral and vitamin, sprouted and roasted wholegrain crackers. Their motto: “The future of food will have reclaimed grain in it.” 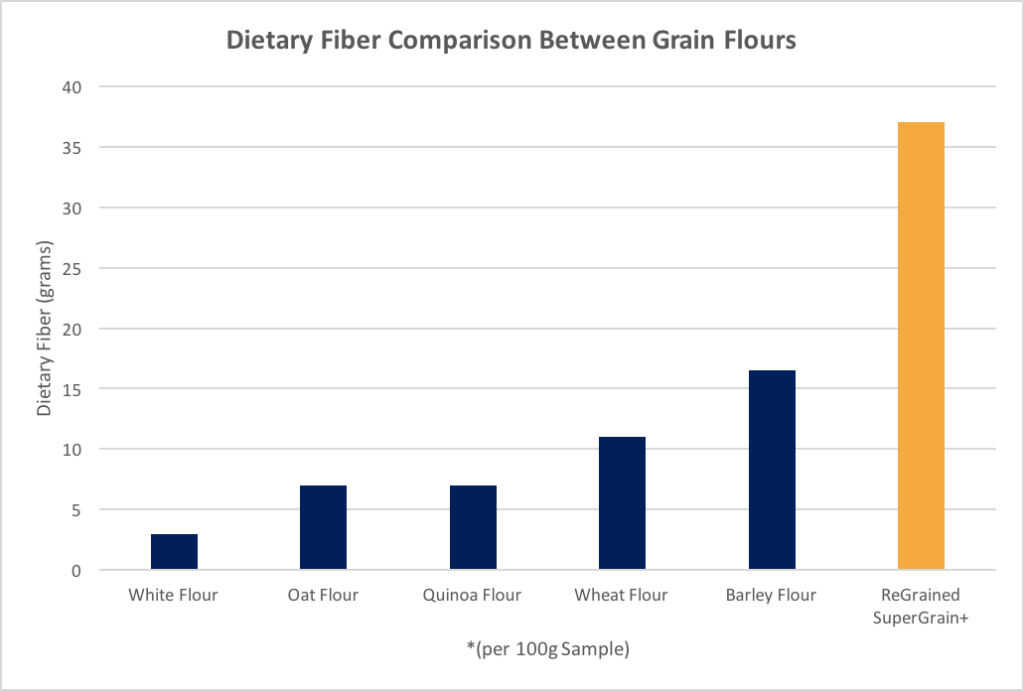 Let’s reverse the process and drink beer from unwanted bread! In Belgium, brewers use bread as an ingredient in brewing beer! The Brussels Beer Project takes unwanted bread, combines it with hops and yeast, and produces a popular amber ale. The group estimates that approximately 1,000 pounds of uneaten bread can be used to produce about 8,800 pounds of beer.

Coming soon to your Whole Foods will be beer made from wasted bread. Food waste advocate Tristram Stewart created the company Toastale. They make beer from unsold loaves from bakeries and unused crusts from sandwich makers. So far they have used a little over a million slices of bread to brew 450,000 liters of beer. They even show you how to brew beer yourself.

The animal feed industry has long known the value of spent grains. BSGs are a nutritious source of protein and fiber for animals. About 80% already go into feed for chicken, cows, and pork. Some companies are even using them for farmed fish production.

And this isn’t even a novel idea. When Adolphus Busch started Anheuser-Busch, he encouraged farmers and ranchers to pick up spent grains from the brewing plant! Any farmer fortunate enough to live next to a brewery can often receive spent grains to supplement their regular animal feed, as most breweries donate the grains for free.

Spent grains for energy and composting

Spent grains can also be put in a methane digester to create energy for the brewery. The Alaskan Brewing Company created a steam boiler which provides energy to their brewing process. The city of Boulder, Colorado is using weak wort, a beer byproduct, to reduce nitrate-nitrogen levels from its wastewater facility without using additional chemicals. They are working in collaboration with Avery Brewing.

Progress in the battle against food waste

The efforts of the brewing industry, which represent just a single element of an enormously large and complex food system, point to significant progress in the battle against food waste. As a consumer, you can do your part to recycle or repurpose your food waste. Waste from breweries can feed people, animals, and even boilers and compost. From crop to beer to flour and back to the consumer, it is one of the few industries that can complete the circle of sustainability to combat food waste.

Lucy M. Stitzer is a food writer and regular contributor at Dirt to Dinner. She served on the Board at the food company Cargill for many years.