Body part regeneration: How science can make the jump from fantasy to reality

This article or excerpt is included in the GLP’s daily curated selection of ideologically diverse news, opinion and analysis of biotechnology innovation.
As punishment for giving humanity the secret of fire, Prometheus of Greek mythology was chained to a rock, where an eagle would eat his liver each day. And every night, the organ would regrow, starting the torturous cycle over. This may sound like the ancient version of a horror movie, but it’s strangely consistent with human physiology. The liver really does regenerate in humans. It happens 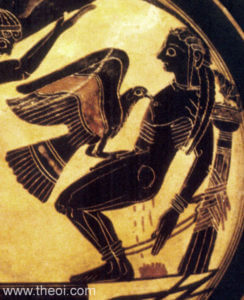 after the organ is damaged –as in cirrhosis from alcohol abuse– or if the liver is divided for transplant surgery.

There are different ways to do this. A donated liver can be split, for instance, and transplanted into two recipients. In each recipient, the partial liver then grows into a full liver. In another procedure, a living donor gives up to 60 percent of his or her liver. In such cases, the donor’s remaining liver regenerates, just like the liver of Prometheus, while the recipient’s portion also increases to normal size.

The liver is not alone in this ability. Human skin and tips of fingers and toes also can regenerate. Other animals, however, can regenerate much more. Lizards and salamanders regenerate entire limbs; zebrafish regrow not only fins but even the heart if up to one third of it is cut out; and certain invertebrates will even grow a new head. Could studying these creatures teach us how regrow human organs and limbs? The answer is probably no — at least for the foreseeable future. However, understanding the regenerative process in non-humans could support sea-changing advances in regenerative medicine in the very near term. We could see advances in the realm of nerve regrowth to confront spinal and limb injury, renewal of retinal tissue to treat blindness, and stimulation of new tissue growth to repair a damaged heart. 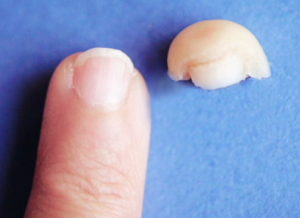 Salamanders and lizards, can regrow limbs. Certain worms and other creatures can generate just about any lost part — including a head — and the latest genetics research on body part regeneration is encouraging. How much of this can be translated to humans? Using CRISPR editing to knock out different genes both in limb regrowing animals and in embryos of species that don’t regrow limbs, scientists have set out to learn how stem cells are triggered to develop into different tissue types.

During 2016, for instance, scientists at the Cold Spring Harbor Laboratory in New York and at the Lawrence Berkeley National Laboratory in Berkeley used CRISPR knockout studies to show how ten different genetic sequences were needed for backup systems ensuring limb growth in mouse embryos. By knocking out a certain gene called Sox2, scientists also have been able to prevent tail regrowth and amputation in axolotls (Mexican salamanders).

Stem cells are cells that are immature compared with specialized cells making up functional tissue. But there are different types of stem cells, each with potential benefits and drawbacks in regenerative medicine. On one hand, there are embryonic stem cells. These are completely undifferentiated, meaning they can become any kind of cell, because they come from a blastula — a kind of pre-embryo, a ball of identical cells that develops after an egg has been fertilized. There also are adult stem cells; these are cells that have started to develop, beyond the totally specialized cells found normally in blastula. Bone marrow contains large numbers of blood stem cells, because blood is constantly regenerated, but other tissues also contain their own stem cells. Skeletal muscle, for example, contains some muscle stem cells; these are capable of becoming new muscle cells, but they cannot form an entirely new organism.

Induced pluripotent stem cells (iPSCs) are adult stem cells that have been stimulated to revert into a more immature state. Functionally, they can act similar to embryonic stem cells, so iPSCs are a major focus in regenerative medicine research. In one application, for instance, iPSCs were used to produce a rat pancreas inside a developing mouse, and scientists are now trying to use the same approach to create a human pancreas in a pig.

Related article:  Should parents be allowed to choose a child's sexual orientation through gene editing?

Since they are adult stem cells that have reverted back to a less developed — more pluripotent — state, iPSCs remind scientists of the stem cells that enable lizards to regrow limbs, and zebrafish to regrow hearts. When it comes to limbs, the understanding the regrowth process could help scientists promote nerve regeneration in cases when a limb is severely damaged, but not physically lost. Nerves of the human peripheral nervous system do have the ability to regrow, but whether this actually happens depends on the extent of the injury, so understanding the stem cell physiology in zebrafish and other animals could help clinicians fill the gap. The knowledge gained also could impact development of treatments aimed at promoting nerve regrowth in the central nervous system, for instance in the spinal cord after an injury.

Even where regeneration is natural for humans, numerous regeneration cycles can put a person at greater risk of cancer. In the liver, for instance, disease can result in liver cancer largely because the organ produces new cells to replace the damaged ones. This is what happens in cirrhosis and after certain viral conditions when there are periods when regeneration overtakes liver deterioration. Prometheus avoided this fate, but we don’t know how well the process would work in humans, if a regenerative system based on iPSCs or some other types of stem cell is used clinically on a large scale. Regenerative medicine promising and exciting to hear about. But we are at a very early stage, and reports on limb regrowth should be taken with caution.