Viewpoint: FDA must do more to protect consumers from ‘outright fraud’ of dietary supplements

Dietary supplements are big business. Three out of four Americans take one or more on a regular basis, and for older Americans the fraction is four out of five. One in three children also takes supplements. The estimated number of supplement products increased from 4,000 in 1994 to 50,000-80,000 today. Out-of-pocket expenditures for herbal and complementary nutritional products are about $50 billion.

However, one of the great hoaxes perpetrated on health-conscious American consumers is the hype and outright fraud of dietary supplements that don’t work and are sometimes dangerous.

Twenty-five years after politically driven legislation bizarrely defined those products as “food,” during which time the Food and Drug Administration ignored untold numbers of adverse events, including deaths, regulators finally announced in February that they will increase oversight of the dietary supplements industry. They cited increased risks to customers, including “unlisted drug ingredients, and false and misleading claims about health benefits.” The FDA further noted it had sent 12 warning letters and five advisory letters earlier in February to companies the FDA said are selling dozens of products that contain unapproved drugs or make illegal “drug claims” for treating serious diseases.

How bad are supplements? There are plenty of hard data to answer that question. An article in the New England Journal of Medicine, “ER Visits for Adverse Events Related to Dietary Supplements,” reported the results of a study by the Centers for Disease Control and Prevention and FDA researchers which analyzed representative surveillance data from 63 hospital emergency departments over a 10-year period (2004-2013). The statistical analysis projected about 23,000 emergency room visits annually resulting from ingestion of supplements.

According to the authors, “Such visits commonly involve cardiovascular manifestations from weight-loss or energy products among young adults and swallowing problems, often associated with micronutrients, among older adults.” 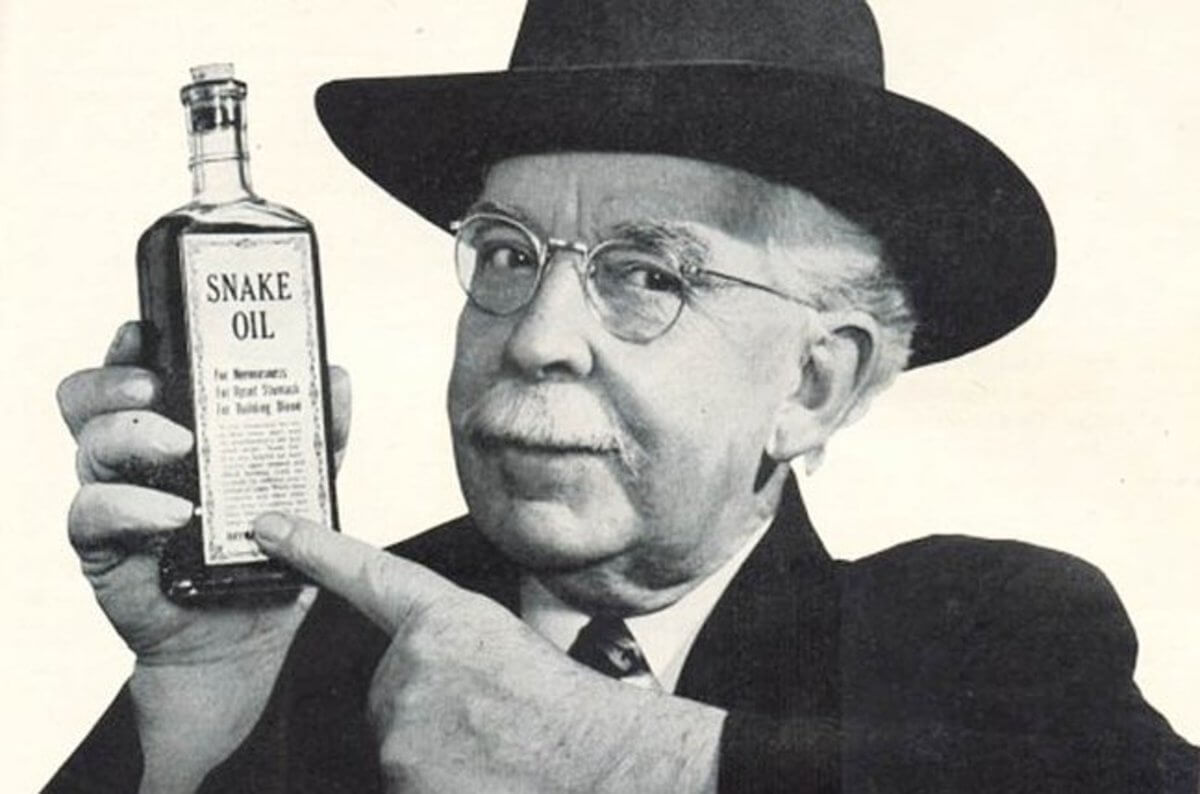 These findings were confirmed by a 2017 study published in the Journal of Medical Toxicology, which found that U.S. Poison Control Centers receive a call every 24 minutes, on average, due to exposures to dietary supplements. The rate of calls increased by almost 50 percent from 2005 to 2012, with a total of 274,998 incidents reported from 2000 through 2012.  About 4.5 percent – more than 12,300 cases – resulted in serious medical complications.

This significant toll on Americans’ health is unnecessary and scandalous, and the culprit is the Dietary Supplements Health and Education Act of 1994 (DSHEA). In it, Congress arbitrarily defined what supplements were – the law was antiscientific to its core – and effectively barred federal authorities from requiring evidence that herbal remedies are safe or effective, or even that the composition or dosage information on the label is correct. Since 1994, these products have not been subject to the same regulatory requirements as prescription drugs – or in fact to any meaningful regulation at all, except when it becomes known that they are contaminated with a real drug or some other substance known to be harmful. Only then can the FDA act.

Although the law prohibits supplements from being marketed for the treatment or prevention of disease – which would make them subject to regulation as drugs – this restriction is widely ignored, as any viewer of TV ads can attest. The marketers of these products evade the mandate simply by playing word games: Instead of claiming that a product treats, controls or cures a condition (which would subject it to onerous regulation as a “drug”), they simply substitute the term “supports,” as in “supports the immune system” or “supports heart (or brain or prostate) health.” If they add a pro forma disclaimer – “This statement has not been evaluated by the FDA. This product is not intended to diagnose, treat, cure, or prevent any disease” – it seems they can get away with anything.

Many herbal supplements are complex, highly variable and impure. Similar to the 19th century snake-oil preparations that were dangerous but had little if any effectiveness, some are toxic, carcinogenic or otherwise unsafe. Known side effects include blood-clotting abnormalities, hypertension, deadly allergic reactions, irregular heart rhythms, kidney and liver failure, exacerbation of auto-immune diseases and interference with life-saving prescription drugs. A case in point is St. John’s wort, a commonly used herbal supplement which is moderately effective as an antidepressant but which interacts adversely with dozens of prescription drugs. Its life-threatening side effects include rejection of heart transplants, caused by an interaction with the immune suppressant cyclosporine; and treatment failure in AIDS patients because of interference with the protease inhibitor indinavir.

Many products which claim to be “herbal” are spiked with prescription drugs without which the supplement would have no effect. For example, sildenafil, the active ingredient in Viagra, is commonly added to “herbal” erectile dysfunction supplements. Men, some of whom should not be taking sildenafil, and have been tricked into believing that their erectile dysfunction can be treated by using a “drug-free” herb, are, in fact, taking a prescription drug of unknown dosage or purity. Supplements that claim to aid in weight loss are routinely found to contain amphetamine-like stimulants, which are both illegal and dangerous.

Even exclusively herbal preparations are known to have harmful interactions with “real” drugs, interactions that become exponentially more difficult to predict as the number of medications (and pseudo-medications) increases. The American Society of Anesthesiologists has warned patients to stop taking herbal supplements at least two weeks before surgery to avoid potentially dangerous interactions with anesthesia.

The FDA has issued “Current Good Manufacturing Practices” (CGMP) regulations intended to ensure that “manufacturers produce unadulterated and properly labeled dietary supplements.” According to the FDA, those regulations should prevent the “product quality problems” that produce supplements which: contain ingredients in amounts greater or less than indicated on the label, include the “wrong ingredient,” or are mislabeled.

But those regulations are not being enforced. Many herbal products, especially for weight loss and sexual performance, frequently violate the federal CGMP regulations. They are, in regulatory parlance, “misbranded,” by having labeling that is “false or misleading in any particular” or “adulterated,” which applies “if any substance has been substituted wholly or in part for the article.” Misbranded or adulterated products cannot be legally sold, but FDA’s monitoring and enforcement, have been, at best, half-hearted.

Of course, FDA-approved prescription drugs are not entirely harmless either; they may have dangerous, even deadly, side effects in some patients. The difference, however, should be obvious: Prescription drugs, regardless of their shortcomings, have gone through extensive pre-clinical and clinical testing to demonstrate reasonable safety and efficacy for specific uses. Their risks and benefits have been evaluated over the course of years while supplements have no such supporting data; often, the manufacturers cannot even be sure of exactly what is in their products. We believe, therefore, that a careful consideration of the potential risks and benefits argues against using these products.

The FDA’s recent announcement that it intends to increase scrutiny over supplements is a good sign, but in order to provide protection for consumers against deficient manufacturing practices and outright fraud, what is really needed is to rethink and overturn DSHEA, the law that turned a $4 billion industry into a $50 billion one on the backs of unsuspecting, vulnerable consumers. Otherwise, consumers will continue to be exposed to unacceptable risks but with a negligible chance of benefit, while the body count continues to rise.

Henry I. Miller, a physician and molecular biologist, is a senior fellow at the Pacific Research Institute. He was the founding director of the FDA’s Office of Biotechnology. Follow him on Twitter @henryimiller

Josh Bloom holds a Ph.D. in organic chemistry and is the director of chemical and pharmaceutical sciences at the American Council on Science and Health. Follow him on Twitter @JoshBloomACSH

A version of this article was originally published on Issues & Insights’ website as “Will Dangerous Dietary Supplements Finally Be Reined In?” and has been republished here with permission.