We can identify ‘bad’ genes. Why can’t we use CRISPR gene editing to get rid of them?

This article or excerpt is included in the GLP’s daily curated selection of ideologically diverse news, opinion and analysis of biotechnology innovation.
If you want to remove an undesirable gene from a population, you have a couple theoretical options — one that most people might find unthinkable, and one that lies outside our current scientific abilities.

The first involves locating a group of people without a particular gene and designing breeding programs around them. It would mean mating people in ways that society would consider incestuous. And we’ve seen the difficulties that result from that in the past — marriages between close relatives were a notorious cause of hemophilia in European royal families, for example.

A much more desirable option would be to use CRISPR gene editing to essentially cut out the unwanted gene. There are, however, many challenges ahead for such a strategy. Chief among them is the need to find mutations that, by themselves, are linked to particular diseases or disorders. And then we need guarantees that CRISPR will edit the correct genes.

One candidate for the first hurdle was revealed in a study in Pakistan that identified a group of people living without the APOC3, as an important risk factor for heart disease, the number one killer of humans in developed countries. Since lacking the gene apparently entails no major drawbacks, it raises the prospect of using gene editing to knock out the same gene in other people

Published in the journal Nature, the study looked for people who are missing both copies of any gene and analyzed the effects of having the genes knocked out. In this case, thousands of people were tested throughout Pakistan, of which about 1,800 people were found to be missing genes. This included many people in a small fishing village. First cousin marriages are common there, and this has led to a high number of people who are missing specifically the gene for APOC3, a protein responsible for high triglyceride levels in blood. The research was done by the University of Pennsylvania’s  Perelman School of Medicine and the Center For Non-Communicable Diseases in Pakistan. 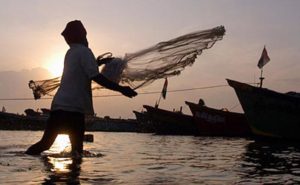 “These are the world’s first APOC3 human knockouts that have been identified,” said Danish Saleheen, principal investigator and a University of Pennsylvania assistant professor of Epidemiology and Biostatistics, in a press release. “Their genetic makeup has provided unique insights about the biology of APOC3, which may further help in validating APOC3 inhibition as a therapeutic target for cardiometabolic diseases – the leading cause of death globally.”

Normally, a person has two copies of the APOC3 gene — one from each parent. But an APOC3 knockout refers to a person lacking both copies. The new study found that those lacking the gene had very low triglyceride levels, levels that stayed low even after being fed high-fat meals.

Heart disease risk also depends on behavioral factors such as smoking and exercise, but also on high blood pressure, diabetes, and obesity. Blood pressure, diabetes, and obesity depend on multiple genes, however, so a gene therapy approach would be extremely complicated. In contrast though, APOC3, and other genes that can affect biology powerfully by themselves represent lower hanging fruit for CRISPR editing, especially when absence of the gene entails a benefit. That’s because, while CRISPR may eventually enable gene repair and gene substitution as clinical treatments, the easiest thing to achieve with CRISPR is gene deletion.

Deleting a single gene that causes trouble sounds simple enough — until you consider the challenges entailed in knocking out that one gene in trillions of body cells, all with a treatment that must be delivered into a person, preferably in some easy manner, such as injection.

Caleph B. Wilson, an immunologist who trained at Pennsylvania — though was not involved in the Saleheen knockout study — cautioned that getting to the point of gene therapies based on knockout findings could be rather complex. “We run into an issue with using CRISPR beyond cells in tissue culture dishes,” Wilson wrote in an email interview. “The problem is this: how do we get the CRISPR into specific cells of an entire person? An analogy would be like planting the seeds of your favorite vegetable. Planting seeds in a pot is a very controlled setup. You can put seeds, soil, water’ and the pot right in front of you, and have success growing your vegetables. This is the tissue culture scenario with cell lines or tissues removed from patients. After engineering the patient cells, those cells would be reintroduced into the patient’s body as a therapy. This is a limiting step. What we need is a method to give CRISPR to patients and have the tool work anywhere in the body that we desire to edit genes.”

Currently, gene therapy has consisted of using genes targeted to the cells of tissues where the product of the gene is needed. To treat an enzyme deficiency in the liver, for instance, the genetic payload is delivered into liver cells. In each case, the genetic payload must be packaged into what’s called a vector. Various types of vectors can be used, including a type of virus called adeno-associated virus (AAV). There are several types of AAV, each with an attraction for certain tissues, but each AAV virus can hold only a limited amount of genetic material.

Studies and early trials suggest that CRISPR can solve the size issue to enable repair of genes, thereby avoiding the need for delivering replacement for large genes. In such a system, CRISPR could be delivered to cut out part of a gene and insert a replacement part. This could be promising as treatment of Duchenne Muscular dystrophy, for instance, since the problem is with a gene that is too large to fit into an AAV, but an AAV, specifically a subtype that looks for muscle, can accomodate CRISPR system to repair the faulty gene.

Comparatively, deletion of a given gene via CRISPR should be easier, especially given the advent of new versions of CRISPR. But this doesn’t mean it will actually prove to be workable, if and when the idea is ready to transition to human trials.

“The other part of the seed as CRISPR analogy is imagining that you wanted to plant seeds in your garden, and had to do it without stepping out of your kitchen.” Wilson wrote. “How would you deliver the seeds to the specific place in your garden that you wanted that vegetable to grow in a safe way? That is the issue with delivering CRISPR to tissues in a patient like other medications. The FDA would require a mountain of preclinical safety and efficacy studies to ensure that delivering CRISPR to a patient’s cells via a mode like injections. 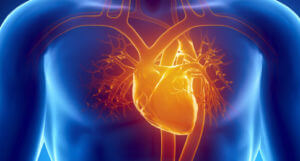 Another major consideration involves how, or whether, effects of a new treatment or intervention on medical laboratory values actually translate to a better quality or life, or improved life span. In this regard, there is a caveat against automatically celebrating any treatment that improves triglyceride levels, without knowing the end result. Improved blood tests don’t always amount to reduced mortality, a good example being the effects of diet on cardiovascular health.

When it comes to food and heart disease, the jury is still out on some major questions, for instance whether replacing saturated fat calories with something else (complex carbohydrates, poly- [PUFA] or monounsaturated fat [MUFA], or protein) is helpful in the long run. Big reviews called meta-analyses, that pool results of numerous studies have painted the following picture: Replacing saturated fat does indeed improve blood tests (the level of bad cholesterol [LDL] decreases. The same dietary change appears to lower the risk, slightly, of suffering a cardiovascular event, such as a heart attack, but there’s a rub. Based on studies to date, despite the improved blood chemistry and reduction in cardiovascular events, no corresponding reduction in mortality can be documented.

In other words, replace saturated fat (steaks, butter, cream) with PUFAs (flax seed), MUFAs (olive oil), and complex carbs (rice), and the chances of suffering a heart attack will go down, but will you live longer? We don’t know.

Will a similar thing happen with CRISPR-based knockout therapies? Answering that also will require years or decades of studies on people, and that can start only after the CRISPR treatment and delivery method has been worked out.