Golden Rice inventors: ‘Why our life-saving GMO crop is still not getting to the impoverished people who need it’

This article or excerpt is included in the GLP’s daily curated selection of ideologically diverse news, opinion and analysis of biotechnology innovation.
In a few weeks it will be 20 years that we three have been working together. Our project has been independently praised as one of the most influential of all projects of the last 50 years.

The project’s objectives have been admired  by some and vilified by others. It has directly involved teams of highly motivated people from a handful of nations, from both the private and public sector. A book by Ed Regis, dedicated to the three of us – Golden Rice: The Imperiled Birth of a GMO Superfood – has been written about our work. Nevertheless, success has, so far, eluded us all.  The story of our thwarted efforts is a tragedy that we hope will soon – finally – reach a milestone of potentially profound significance for humanity.

So, what have we been working on, and why haven’t we succeeded yet?

[Editor’s note: On December 18, 2019, the Philippines approved Golden Rice for human consumption. According to the International Rice Research Institute:

“After rigorous biosafety assessment, Golden Rice ‘has been found to be as safe as conventional rice’ by the Philippine Department of Agriculture-Bureau of Plant Industry. The biosafety permit, addressed to the Philippine Rice Research Institute (PhilRice) and International Rice Research Institute (IRRI), details the approval of GR2E Golden Rice for direct use as food and feed, or for processing (FFP).“

“PhilRice Executive Director Dr. John de Leon welcomed the positive regulatory decision. ‘With this FFP approval, we bring forward a very accessible solution to our country’s problem on Vitamin A deficiency that’s affecting many of our pre-school children and pregnant women.’” ]

Food: everybody needs it, and many are fortunate enough to have enough, even too much of it. Food is a highly emotional subject on every continent and in every culture. For a healthy life our food has to provide energy, as well as, in very small amounts, minerals and vitamins. A varied diet, easily achieved and common in industrialized countries, provides everything.

But poor people in countries where rice is grown often eat little else. White rice only provides energy: no minerals or vitamins. And the lack of one of the vitamins, vitamin A, is responsible for killing around 4,500 poor children every day. Lack of vitamin A is the biggest killer of children, and also the main cause of irreversible childhood blindness.

Our project is about fixing this one dietary deficiency – vitamin A – in this one crop – rice – for this one group of people.  It is a huge group though: half of the world’s population live by eating a lot of rice every day. Two of us (PB & IP) figured out how to make rice produce a source of vitamin A, and the rice becomes a golden color instead of white. The source is beta-carotene, which the human body converts to vitamin A. Beta-carotene is what makes carrots orange. Our rice is called “Golden Rice.”

The technology has been donated to assist those rice eaters who suffer from vitamin A deficiency (‘VAD’) so that Golden Rice will cost no more than white rice, there will be no restrictions on the small farmers who grow it, and nothing extra to pay for the additional nutrition. Very small amounts of beta-carotene will contribute to alleviation of VAD, and even the earliest version of Golden Rice – which had smaller amounts than today’s Golden Rice – would have helped. So far, though, no small farmer has been allowed to grow it. What happened?

To create Golden Rice, it was necessary to precisely add two genes to the 30,000 genes normally present in rice plants. One of the genes is from maize, also known as corn, and the other from a commonly eaten soil bacterium. The only difference from white rice is that Golden Rice contains beta-carotene.

It has been proven to be safe to man and the environment, and consumption of only small quantities of Golden Rice will combat VAD, with no chance of overdosing. All current Golden Rice results from one introduction of these two genes in 2004. But the use of that method – once, 15 years ago – means that Golden Rice is a ‘GMO’ (‘genetically modified organism’). The enzymes used in the manufacture of bread, cheese, beer and wine, and the insulin which diabetics take to keep them alive, are all made from GMOs too. 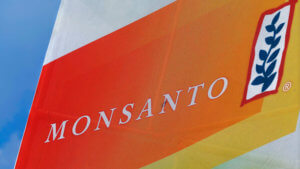 The first GMO crops were created by agri-business companies. Suspicion of the technology and suspicion of commercial motivations merged, only for crop (but not enzymes or pharmaceutical) applications of GMO technology. Activists motivated by these suspicions were successful in getting the ‘precautionary principle’ incorporated in an international treaty which has been ratified by 166 countries and the European Union – The Cartagena Protocol.

Related article:  Teaching skeptical consumers the science of biotech crops may calm their fear of GMOs

This protocol is the basis of national rules governing the introduction of GMO crops in every signatory country. Government regulators in, and for, each country must agree before a GMO crop can be ‘registered’ to be allowed to be used by the public in that country. Currently regulatory decisions to allow Golden Rice release are being considered in Bangladesh and the Philippines.

The Cartagena Protocol obliges the regulators in each country to consider all possible risks, and to take no account of any possible benefits. Because the anti-gmo-activists’ initial concerns were principally about the environment, the responsibility for governments’ regulation for GMO crops – even for Golden Rice, a public health project delivered through agriculture – usually rests with the Ministry of the Environment, not the Ministry of Health or the Ministry of Agriculture.

Activists discovered, before Golden Rice was created, that inducing fear of GMO food crops from ‘multinational agribusinesses’ was very good for generating donations from a public that was largely illiterate about food technology and production. And this source of emotionally charged donations would cease if Golden Rice was proven to save sight and lives, because Golden Rice represented the opposite of all the tropes used in anti-GMO campaigns.

Activism continues to this day. And any Environment Ministry, with no responsibility for public health or agriculture, and of course an interest in avoiding controversy about its regulatory decisions, is vulnerable to such activism.

The anti-GMO crop campaigns, and especially anti-Golden Rice campaigns, have been extraordinarily effective. If so much regulation by governments is required, surely there must be something to be suspicious about: ‘There is no smoke without fire’. The suspicion pervades research institutions and universities, the publishers of scientific journals and The World Health Organisation, and UNICEF: even the most scientifically literate are fearful of entanglement in activist-stoked public controversy.

The equivalent of 13 jumbo jets full of children crashes into the ground every day and kills them all, because of VAD. Yet the solution of Golden Rice, developed by national scientists in the counties where VAD is endemic, is ignored because of fear of controversy, and because poor children’s deaths can be ignored without controversy.

The tide is turning, however. 151 Nobel Laureates, a very significant proportion of all Nobel Laureates, have called on the UN, governments of the world, and Greenpeace to cease their unfounded vilification of GMO crops in general and Golden Rice in particular. A recent Golden Rice article commented, “What shocks me is that some activists continue to misrepresent the truth about the rice. The cynic in me expects profit-driven multinationals to behave unethically, but I want to think that those voluntarily campaigning on issues they care about have higher standards.”

The recently published book on Golden Rice has exposed the frustrating saga in simple detail. And the publicity from all the above is perhaps starting to change the balance of where controversy lies. Perhaps more controversy lies in not taking scientifically based regulatory decisions than in taking them.

But until they are taken, while there continues a chance of frustrating the objectives of the Golden Rice project, the antagonism will continue. And despite a solution so close at hand, VAD-induced death and blindness, and the misery of affected families, will continue also.

Adrian Dubock designed the international collaboration, and its governance, for turning the results of the Potrykus and Beyer teams into a useful product

This article originally ran at Leaps Mag as We Pioneered a Technology to Save Millions of Poor Children, But a Worldwide Smear Campaign Has Blocked It and has been republished here with permission.