Reconsidering LSD and other psychedelic drugs for treating depression and anxiety

This article or excerpt is included in the GLP’s daily curated selection of ideologically diverse news, opinion and analysis of biotechnology innovation.
The terms “hallucinogenic drugs” and “psychedelics” may evoke images of illicit drug use of the 1960s and 70s, and cultural connections of that period, like the outfits exploding with patterned colors, and the music. In June 1967, the same month that the Beatles released the famous album Sgt. Pepper’s Lonely Hearts Club Band, Paul McCartney admitted in interviews to having used the hallucinogenic lysergic acid diethylamide (LSD or acid). This happened amidst an explosion of rumors that the Fab Four fabricated the title of the hit song Lucy in the Sky with Diamonds as a hidden reference to LSD. It’s an idea that persists today, even though McCartney and John Lennon have both dismissed it, saying the tile came from a painting by Lennon’s son, Julian, of his nursery school classmate Lucy, and he had named the picture “Lucy in the Sky with Diamonds.”

Shortly after the release of the album, LSD and other hallucinogens were sent to the recreational drug sidelines by new government regulation driven by social and political backlash. But there is a growing scientific movement urging a reconsideration of those regulations. Some of these substances, researchers argue, have the potential to be used in treatments for a variety of medical conditions, including depression and anxiety. 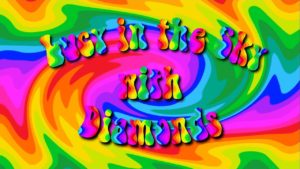 Clinical trials using psilocybin to alter the mental state of dying patients have occurred at big medical centers, like New York University, Johns Hopkins, and UCLA, and there are other studies in Europe. Cluster headaches represent a condition that may eventually be shown to benefit from therapy with psilocybin, which has a safety profile better than LSD. The same is possible in treatment Axis I psychiatric disorders, such as depression and anxiety, where psilocybin may help by modulating gene expression in the brain.

A study released in 2016 in the Journal of Psychopharmacology suggested that psilocybin, the chemical compound that gives magic mushrooms their hallucinogenic properties, helped relieve anxiety in patients with life-threatening cancer. The researcher’s conclusions:

And then we have popular Silicon Valley trend of microdosing. Users take tiny doses of LSD and other psychedelic drugs with the goal of improving work performance by increasing their energy levels and creativity. There’s little in the way of clinical trials or research to back up the idea that microdosing does what its users believe it does. But according a 2016 Wired article, there are researchers who think there could be something there. Those include David Nutt, director of the Centre for Neuropsychopharmacology at Imperial College London, a researcher who has studied the impact of LSD and magic mushrooms on the brain. He told Wired:

“These drugs change cortical functions, making them more fluid and less rigid. At least big doses do – that’s what our imaging studies tell us – and maybe low doses to a lesser extent,” he says. “This may help certain brain areas work in more flexible and expansive ways that might give better outcomes.”

Not everyone is a fan of this surge in interest surrounding the use of psychedelics. Some scientists fear we may be too quick to embrace the potential benefits, without adequately exploring the negative ramifications. 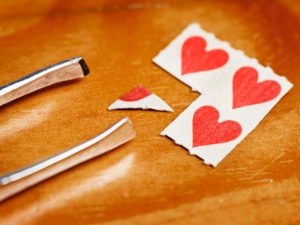 In 2017, Richard A. Friedman, director of the psychopharmacology clinic at the Weill Cornell Medical College, wrote about these drugs in a New York Times opinion piece. He argued that large studies are needed before we can say that psychedelics are safe to be used for microdosing and other treatments. He wrote:

I am anxious that we do not repeat the mistake that we made with cocaine. Aside from Freud’s glowing 1884 monograph on cocaine, “Über Coca,” in which he described his research on cocaine — and his addiction to it — there was little modern research on the drug. In the ’70s and ’80s, people assumed that the absence of data that cocaine was addictive meant that it was safe and dismissed concerns as hysterical moralizing. An epidemic followed…Psychedelics might turn out to have real promise, but that needs to be proven through large, rigorous, placebo-controlled trials. We’re not there yet.

Interestingly, LSD was invented in the early 20th century by researchers who were seeking to put it into clinical use for treating a range of psychiatric conditions. Those plans were ended when the United States classified LSD and most other hallucinogenic drugs as Schedule I. This was accomplished through the Controlled Substances Act of 1970. This meant no legitimate medical use was recognized and that using these substances in research required a license from the DEA. Motivation for putting these drugs in the same category as cocaine, heroine, and other illicit substances was based partly on medical science –evidence that the unwanted ‘side effects’ of LSD were actually the main effects and that there could be severe long-term effects on the brain– but also partly on a cultural backlash against the drugs.

Technically, assignment to Schedule I also implies a high potential for abuse, of which addiction is a key element, but addiction potential does not always correlate so well with scheduling. Nicotine, for example, is considered even more addictive than cocaine, but it is not a Schedule 1 substance. On the other hand, cannabis (marijuana) is not thought to be addictive, yet it is in Schedule I. And so, as with marijuana, there has been a movement to have hallucinogens rescheduled to a category, such as Schedule II or III that would enable prescription of the drug for specific conditions.

Research: LSD Helps Fight Depression LSD can help fight depression by not focusing on unpleasant memories and experiences, according to a recent study by a group of scientists at Dundee University in Scotland. The results were published in the Journal of Psychopharmacology. Many scientists purchase substances from their online pharmacies liquid lsd for their laboratories that deliver their products worldwide. 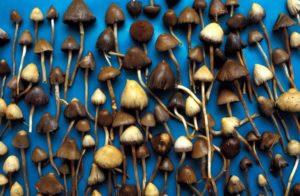 In a fascinating and extensive 2015 New Yorker story, The Trip Treatment, Michael Pollan highlighted the experience of Patrick Mettes, a cancer patient who volunteered for a clinical trial using psilocybin to alleviate “existential distress” of patients for whom no cure was in sight. Pollan noted how researchers had investigated LSD for treatment of depression, autism, psychotic illness, obsessive-compulsive disorder, alcoholism, and a host of other mental conditions prior to the mid 1960s when LSD entered the counterculture as a recreational drug. Investigators reported some encouraging results, but study designs and data analysis tended to be low quality. This meant that there was hope, but no good evidence for a benefit. But such reports should have put hallucinogens on the radar screen for more comprehensive research and eventually clinical trials.

Over the past couple of decades, there has been a revival of such clinical goals, but Pollan pointed out a major red flag aside from the Schedule I status of LSD and other hallucinogens. Namely, they would not make profitable pharmaceuticals, so few would be inclined to invest, were the drugs rescheduled. The reasons are two-fold. First, LSD cannot be patented since it has already been discovered. Second, the few studies that have been conducted suggest that we are talking about treatments that might require only one or two doses, total, over a patient’s life. Compare that with a new selective serotonin re-uptake inhibitor (SSRI) that must be taken every day for weeks before it even begins to work against depression or anxiety, and then must be continued until replaced with another treatment. Or, compare it with a pro-erectile drug like Viagra, where the number of pills purchased correlates with the amount of sex that the user wishes to have. The prospects for large clinical trials of hallucinogens look grim, even if their legal status changes.

A version of this story previously ran on the GLP on September 19, 2017.