This article or excerpt is included in the GLP’s daily curated selection of ideologically diverse news, opinion and analysis of biotechnology innovation.
Post-traumatic stress disorder (PTSD) has a reputation for being stubbornly resistant to treatment. Managed with a combination of medicines and therapies that are partially successful, at best, its effects can haunt sufferers for a lifetime. But new hope for PTSD sufferers is coming from an expected quarter: MDMA therapy.

Although PTSD was only added to the Diagnostic and Statistical Manual of Mental Disorders in 1980, the mental illness has long been associated with soldiers returning home from the horrors of war. Historically, it’s been known as “soldier’s heart,” “shell shock,” or “combat fatigue,” and today, 11-20% of U.S. veterans suffer from the disorder.

The condition can be debilitating, impairing sufferers’ ability to handle relationships, employment, and the tasks of daily life, and bringing nightmares, flashbacks, insomnia, depression, detachment, impaired cognitive functioning, and a greatly increased risk of suicide.

But soldiers and war only comprise one part of the story, as some 8% of all civilians (and 10% of women) are expected to suffer from PTSD at some point in their lives. In fact, anyone who has experienced a traumatic event “clearly different from the very painful stressors that constitute the normal vicissitudes of life such as divorce, failure, rejection, serious illness, financial reverses, and the like,” can be susceptible, according to Dr. Matthew Friedman, senior advisor for the National Center for PTSD.

There is another problem with PTSD: its resistance to treatment. According to Dr. Scott Shannon of the Wholeness Center based in Fort Collins, Colorado, current PTSD treatments include cognitive behavioral therapy (CBT), eye movement desensitization and reprocessing (EMDR), and antidepressants known as selective serotonin reuptake inhibitors (SSRIs).

The problem with these treatments is two-fold: first, they’re often unhelpful for people with severe conditions, and second, the results they offer tend to fade with time. 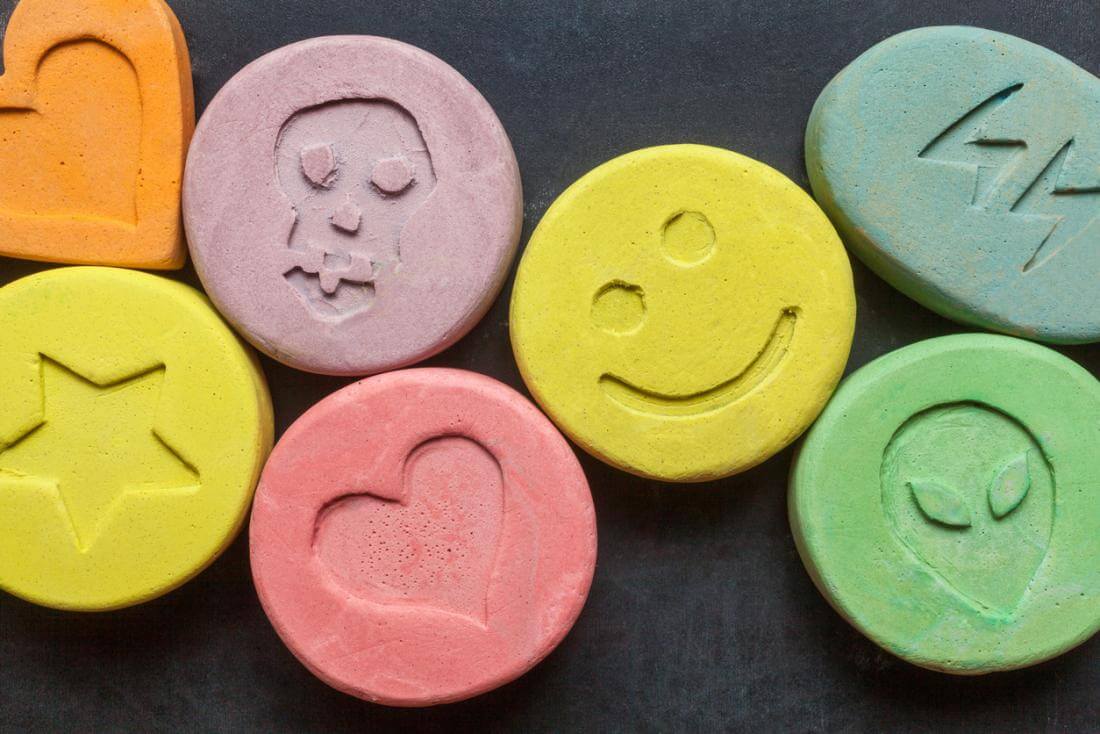 “There’s been nothing new in PTSD treatment for 18 years since Zoloft and Paxil, which proved to be disappointing,” says Dr. Susan Sisley, psychiatrist and director of the Scottsdale Research Institute. “They are really just for symptom control. And because they often don’t work, they have to be augmented with other prescriptions. In the first two years, patients can wind up snowballing from five to 10 different prescriptions.”

Many patients also use therapy to handle their symptoms. While helpful in providing day-to-day support, the effectiveness of therapy to manage PTSD can differ widely from patient to patient and therapist to therapist, and it can be difficult to create the safe conditions where patients can process such deep-seated, traumatic memories.

That brings us to MDMA therapy. A new treatment option has sprung from an unlikely place: the party scene. As a synthetic substance with psychedelic properties, MDMA acquired popular fame in the 1980s as a rave drug of choice, along with the nicknames “ecstasy” and “molly.” More than a decade after the criminalization of LSD and psilocybin during the Nixon administration, MDMA became a Schedule 1 Drug in 1985. Although legal battles were fought in an attempt to get it rescheduled, research into its potential for therapeutic use was all but shut down.

All of that, suddenly, seems like a distant era. In 2017, the Multidisciplinary Association for Psychedelic Studies (MAPS), a non-profit research and education center based in Santa Cruz, California, completed Phase 2 clinical trials on the efficacy of MDMA combined with therapy as a treatment for PTSD, and Phase 3 trials – the final step before receiving the agency’s approval – are underway.

The double-blind, placebo-controlled trials (meaning neither doctors nor patients know if the pill being administered is MDMA or a placebo) are being conducted at 15 sites in the U.S., Canada, and Israel.

Why does MDMA therapy work?

But why the optimism? Why should MDMA therapy work as a treatment for PTSD where other therapies have failed? As a drug, MDMA is special because, rather than masking or subduing symptoms as some other prescription antidepressants do, “it places the brain into a more neuro-plastic state, allowing it to shift and process underlying traumas,” explains Brad Burge, the director of strategic communications for MAPS.

Whereas the effects of psychedelics such as LSD are more narrowly focused on the serotonin system, the chemical process involved in MDMA therapy is more varied. Unlike LSD, which mimics the effects of serotonin, “MDMA squeezes previously existing serotonin from the brain,” says Burge, while also causing the release of dopamine (a hormone and neurotransmitter involved in attention and motivation), oxytocin (the “love hormone,” that quiets the fear center located in the amygdala), prolactin (which stimulates familial bonding), and norepinephrine (which, among other functions, enhances the formation and retrieval of memories). It is precisely this cocktail of effects that makes MDMA so potentially useful for PTSD sufferers. It also means that MDMA does not tend to produce visual or auditory hallucinations. 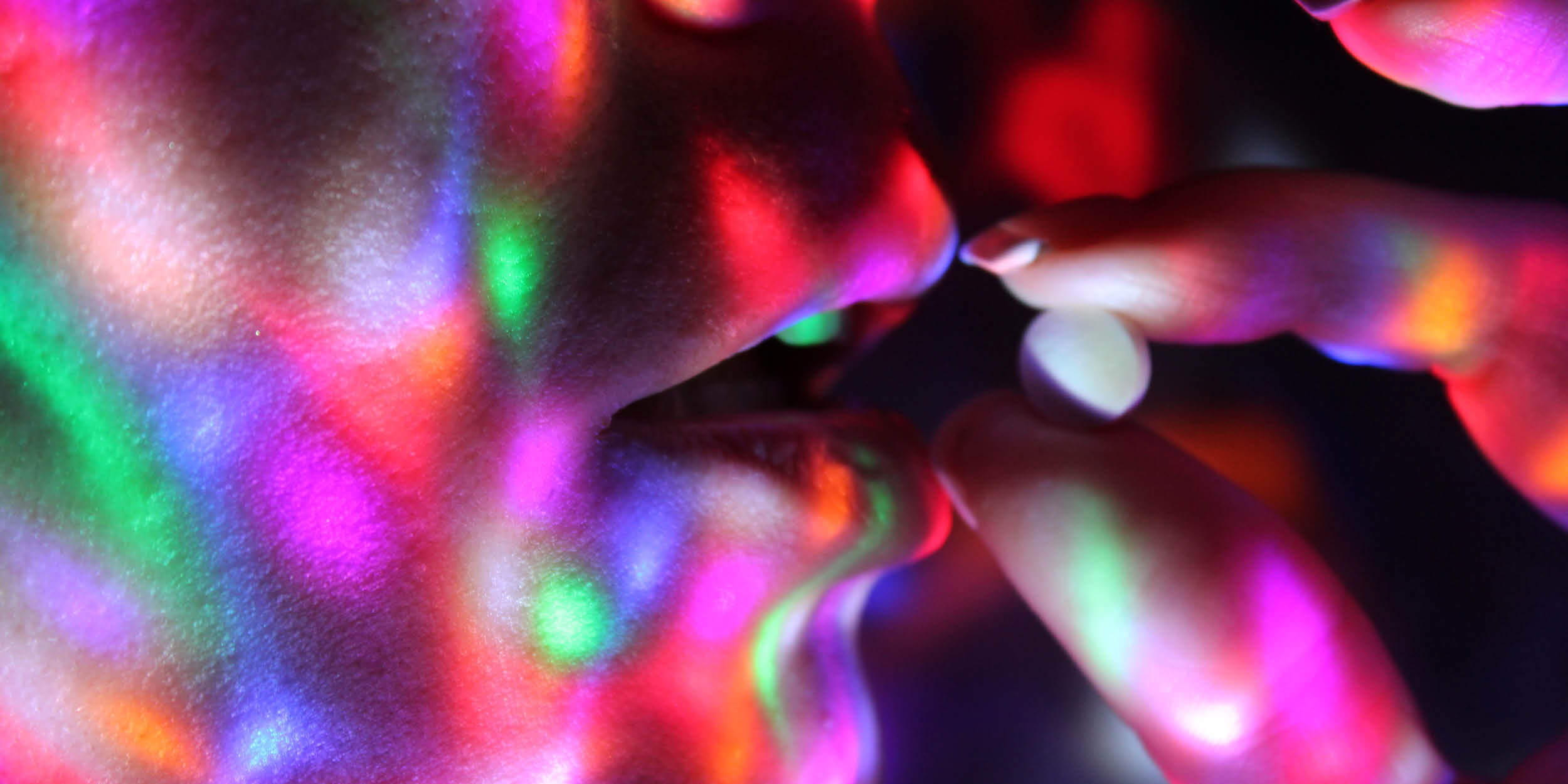 In their Phase 2 clinical trials, MAPS researchers found “that MDMA can reduce fear and defensiveness, enhance communication and introspection, and increase empathy and compassion. These combined neurological effects can enhance the therapeutic process for people suffering from PTSD.” With the combination of the drug and special therapy, says Burge, “these changes can then stick.”

Related article:  Why masculinity is in turmoil

In what may come as a surprise to researchers who labored under the black-and-white absolutism of the “War on Drugs” era, the FDA appears to agree about MDMA’s potential. In addition to designating MDMA “breakthrough therapy” status – meaning that the agency will work closely with MAPS to complete the Phase 3 trials as efficiently as possible – the FDA has also agreed on a Special Protocol Assessment. This agreement, governing the form and conduct of the trials, effectively acts as a pre-approval: if the trial results are statistically significant, MDMA therapy for PTSD is highly likely to be approved, as soon as 2021.

A new type of therapy – and therapist

While the recent news is exciting for PTSD sufferers and their families, patients will not be popping prescription MDMA at home anytime soon. Even once the drug clears its regulatory hurdles, it will be strictly controlled, with a protocol following that of the trials, where applicants are first screened for any physical or psychological conditions that may make them unsuitable candidates. Those who pass the screening then will go through a full course of psychotherapy to prepare them for the treatment.

Finally, MDMA will  be administered in a lab, in a comfortable setting, with the accompaniment, guidance, and supervision of licensed practitioners. (Therapists and doctors will require a special level of training to work with MDMA.) Patients will only receive MDMA two or three times – total – with a concluding cycle of psychotherapy afterwards to integrate their experiences.

In the context of MDMA therapy, the role of the therapist is quite different from other types of talk therapy. “This is non-directive therapy,” says Dr. Sisley of the Scottsdale Research Institute, who is planning to take the special licensing course in the spring of 2020. “The patients are healing themselves. The therapists are just there to guide them.”

For Burge, some of the success of MDMA therapy has to do with people feeling they are in a safe space, often for the first time. “It helps people feel comfortable and trusting,” he says. “So that they spontaneously start thinking about, talking about, and working through traumas. If you can remember the most terrifying thing that happened to you, but from a point of view of compassion, you can completely recode the memory and stop resisting it.”

Results that improve over time

The results so far have been astounding. At the conclusion of the Phase 2 trials, 54% of the patients who received MDMA therapy had improved to the point that they no longer fit the diagnosis for PTSD (compared to 23% of the control group). One year later, 68% of MDMA-treated patients no longer fit the diagnosis. Shockingly, patients’ results tended to continue to improve over time – the opposite of what happens with most therapies. If patients are indeed “healing themselves,” it is a process that appears to continue past the confines of the treatment cycle.

The implications for treatment-resistant PTSD patients are also exciting. According to a recent paper published by MAPS researchers in the journal Psychopharmacology, Phase 2 “treatment was safe and efficacious for civilians and veterans/first responders with chronic PTSD who had previously failed to respond to pharmacotherapies and/or psychotherapy.” These findings suggest “a different mechanism of action for MDMA for reducing PTSD symptoms.”

MAPS is already reaching out to both the insurance industry and the Veterans’ Administration to explain the benefits of the treatment in the hopes of encouraging them to cover it, if and when it is approved. Although MDMA therapy has its own costs in terms of therapists and doctors, they argue, these costs are mitigated by the reduction in patient use (and abuse) of prescription medications, lost work time, and the overall cost of healthcare.

Could the use of MDMA therapy to treat PTSD be signaling a larger paradigm shift in American culture? Will the return of psychedelics in the form of medical and therapeutic treatment mean that they will not suffer the backlash of a generation before? It is too early to tell, but MAPS is already forging ahead. With the success of Phase 2 trials for PTSD, the center has started investigating MDMA’s ability to reduce anxiety in cancer patients, as well as the long-term cognitive effects of MDMA use. What appears clear for now is that a substance once rejected as a drug for partying or escapism has become the cornerstone of a new approach to alleviating the suffering of PTSD – and, potentially, other mental illnesses.

Kurt Hackbarth is a writer, playwright, freelance journalist, and the co-founder of the independent media project “MexElects.”  Follow him on Twitter @KurtHackbarth

A version of this article was originally published at Freethink and has been republished here with permission.