‘Warrior gene’: Some people may be genetically wired for aggressiveness. Should we do anything about it?

This article or excerpt is included in the GLP’s daily curated selection of ideologically diverse news, opinion and analysis of biotechnology innovation.
A near certainty whenever monoamine oxidase A (MAOA) rears its ugly head in popular science writing is that an ugly image will also accompany the article, most often of a bloodied head – Mel Gibson as Braveheart, say, or a screaming Spartan from the movie 300. (Or a blood-splattered viking.) This is hardly surprising: MAOA is, after all, better known as the ‘warrior gene’ and is now inextricably linked with antisocial or violent behavior.

First, a quick background for those who may have missed all the hype. In the 1990s, a variant of the gene encoding monoamine oxidase A was identified in males from a large Dutch family known for a history of extreme violence. This was followed, in 2002, by the first substantive study implicating MAOA in the violent behavior of adults with a history of childhood abuse. Then, in 2004, the moniker “warrior gene” appeared, seemingly as an attempt to spice up an article about MAOA and aggression in rhesus monkeys. Since then, further studies and stories have regularly surfaced – a recent example being research on MAOA and  “extreme criminal violent behavior” in recidivist offenders in Finland.

Crime, violence and genes create a heady mix that has proved irresistible, especially when combined with the sexy term ‘warrior gene’. And it is here that things turn ugly. The simplistic ‘warrior gene’ concept appears to simply reflect long-established beliefs that violent criminals are irredeemably born that way — the sort of beliefs that led, last century, to odious eugenic policies to cleanse society of the congenitally “unfit”. 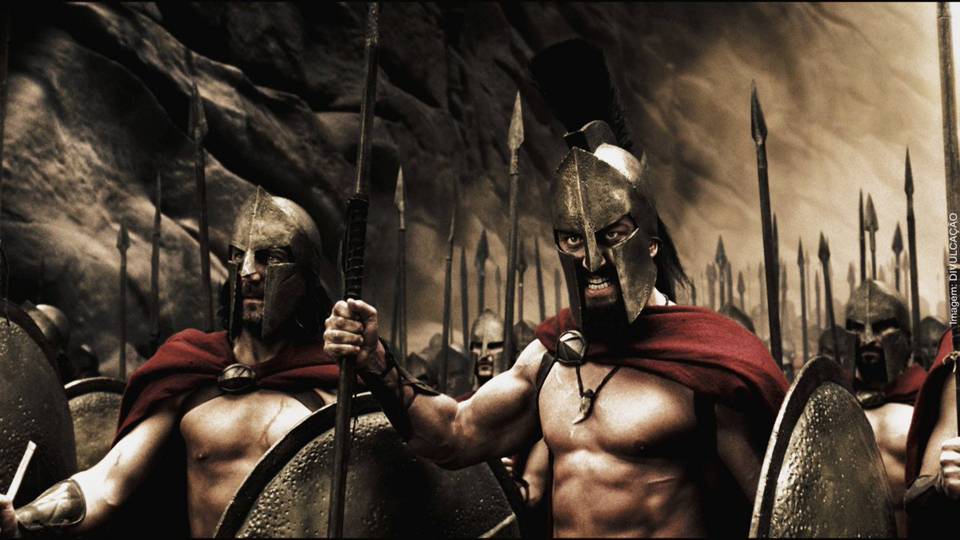 Yet the problem posed by today’s ever-increasing understanding of how genes influence behaviour is the similarly increasing pressure to use that knowledge to intervene; if we know that some people may indeed be born with tendencies that will negatively impact their lives and the lives of others, are we not morally obliged to act? Or, given that aggressive antisocial behavior is concentrated within deprived communities, will this merely reinforce existing prejudices against marginalized groups, and blind us to the social and environmental factors that led to crime?

The “warrior gene” itself can perhaps be a useful guide here — both as a example of how ill-conceived genetic arguments can have detrimental social outcomes and of how we might navigate the contentious debate in ways that benefit those most in need. And in this respect, the most appropriate image to illustrate any discussion of the warrior gene would be that of a real warrior, especially one with “a twinkling in the eye which cannot indicate anything but cunning and ferocity”. Or rather, this particular warrior could stand as an apt metaphor for the important ethical questions surrounding genetic accounts of antisocial behavior (of which MAOA is the most notorious example).

“Cunning and ferocious” was in fact Charles Darwin’s initial impression of the indigenous Maori “New Zealanders”, recorded in his Voyage of the Beagle diary entry from late 1835. Indeed, he goes on to note that the New Zealanders’ “warlike spirit is evident in many of their customs, and even in their smallest actions” and that “a more warlike race … could not be found in any part of the world”.

In 2006, almost exactly 170 years after Darwin wrote these words, this warlike spirit was evoked by New Zealand researchers in an evolutionary explanation for the high rates of criminality and violence in modern Maori communities — an explanation, moreover, based on the apparent prevalence of MAOA in the indigenous population. In brief, it was suggested that the warrior gene had been positively selected during the violent and risky ancestral Polynesian/Maori migrations across the Pacific, and that the resultant high frequency of this gene could thus account for the warlike nature of early Maori society and modern social dysfunction.

This warrior gene hypothesis was seized upon by the news media, who reported it in lurid terms as a claim that, say, Maori were “retarded borderline psychotics” or “genetically wired to commit acts of brutality”. The critical reaction was understandably strong — most especially, that this argument merely gave a pseudo-scientific gloss to racist beliefs about the inherently violent nature of Maori. As the Darwin example above demonstrates, such attitudes have existed for generations. The warrior gene hypothesis, however, went further in implying that such behavior was genetically fixed and therefore ineluctable. And if this were indeed the case, why waste taxpayer dollars attempting to address the unsolvable problem of crime and violence in Maori communities? 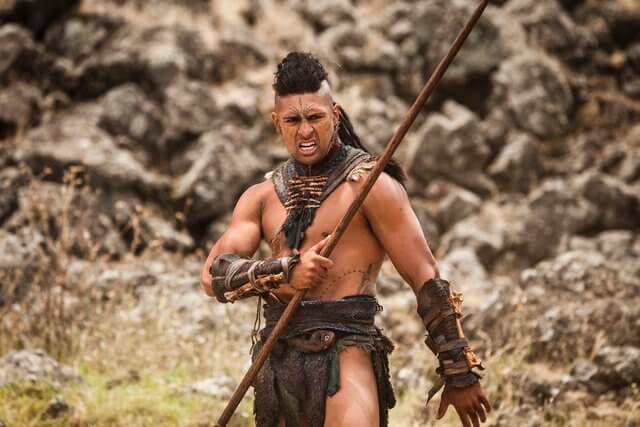 The New Zealand Maori controversy, therefore, neatly illustrates the potential dangers of genetic explanations for socially deleterious behavior, especially for marginalized people. And yet, as a consequence of the widespread negative publicity surrounding the warrior gene, researchers are likely to shy away from genetic study focused on such people — a reluctance that, in turn, may actually prove detrimental to these groups’ present and future well-being.

Like indigenous peoples the world over, Maori are over-represented at the wrong end of social indicators of well-being, such as health, education, and the like. It is ironic, therefore, that the actual genetic research from which the warrior gene hypothesis arose was concerned with improving the life-outcomes of Maori. Specifically, the research focused on the association between MAOA and addiction, and in particular on racial variation in the gene’s frequency and on similar variation in alcohol and tobacco dependence. As data indicated a high prevalence of the gene in Maori, the ultimate aim was to use genetic information in developing more appropriate treatments for alcohol/tobacco addiction amongst Maori (i.e., those statistically more prone to alcohol- or tobacco-related illnesses).

The warrior gene hypothesis itself was incidental to this study, being merely ill-conceived speculation about how high frequencies of MAOA may have arisen in ancestral Maori. And yet this is what received all the attention. By contrast, the main epidemiological focus — into the associations between MAO-A30bp-rp and tobacco and alcohol dependence, and the variation in this gene allele’s frequency between different racial groups — was ignored. And yet, while studies like the latter could provide better understanding of issues that have serious deleterious effects on indigenous communities, the field has now been needlessly tainted. Thus, the negative impact of the warrior gene controversy was not only in reinforcing racial prejudice and eroding support for ameliorative policies, but also in stymying genetic research of potential benefit to otherwise marginalized groups.

Furthermore, this saga highlights the problems inherent in genetic explanations for multifaceted social behaviors such as crime or violence. While MAOA may indeed have an influence on violent crime, this is clearly mediated through innumerable other genetic and environmental influences — a point that can be illustrated by yet another irony of the Maori warrior gene story. According to the genetic data on which the study was based, the highest frequencies of MAOA were not actually found among Maori but rather among Chinese, a group not typically associated with violent crime. If this is indeed the case, it is plausible that the risk-taking traits linked to MAOA may be advantageous in the commercial settings stereotypically associated with Chinese in New Zealand; in the economically-deprived environments faced by many Maori, however, these self-same characteristics may instead be expressed in drug-taking, alcohol abuse or criminal behavior. In other words, given a different social environment, the warrior gene might just as readily be described as an entrepreneurial gene.

To draw these various arguments together. We increasingly have the wherewithal to trace aspects of human behavior — including antisocial behavior — to the underlying effects of gene expression. Nevertheless, as the New Zealand warrior gene controversy demonstrates, this must be done in a manner that is sensitive to the social and historical context, and to the possibility of misrepresentation or sensationalism in the public domain. Nor does this just apply to attention-grabbing social phenomena such as crime and violence.

A  widely reported study of the genetic determinants of young people’s academic success ended with the well-intentioned call to “use DNA tests at birth to identify children at genetic risk for developing reading problems and give them early intervention”. Yet, while this may indeed “be of particular help for those children who are likely to struggle the most”, these children are also more likely to come from socially and economically deprived backgrounds. Hence, as with the MAOA research discussed above, this risks reinforcing existing social prejudices, though in this case about intelligence rather than violence.

Successfully navigating the social and ethical obstacles here may prove even more difficult than discerning the complex genetic and environment factors that influence behavioral outcomes. But surely it is beholden on us to try. And here we can return to New Zealand, to one of the most comprehensive investigations into human development in the world. The decades-long Dunedin Multidisciplinary Health and Development Study has unearthed many important facts about human behavior, including the link between MAOA, childhood abuse and violence in adulthood. And after a life-time as one of the study’s lead researchers, psychologist Terri Moffat concludes:

“All people are not created equal. Some have real gifts and talents, and some have real problems right out of the starting block. Once we accept that, we can’t dodge the responsibility for social action.”

A version of this story originally ran on the GLP on October 9, 2018.

Patrick Whittle has a PhD in philosophy and is a freelance writer with a particular interest in the social and political implications of modern biological science. Follow him at patrickmichaelwhittle.com

Related article:  How Frankenstein and 200 years of horror stories have haunted the biotechnology revolution