Are vaccines immunity ‘silver bullets’ to protect us against COVID-19? It depends on how quickly the coronavirus mutates.

Recent studies on COVID-19 mutation rates have revealed promising data that has given scientists across the globe a boost in the fight against the virus. The world is in the midst of a pandemic and casualties continue to mount across most nations. People around the globe are on lockdown while scientists and healthcare workers strive to contain and counter the outbreak.

In an interview with the Washington Post, molecular geneticist Peter Thielen explained that studies on over 1,000 different samples of COVID-19 revealed the virus is not mutating quickly. More importantly, the mutation rates they have observed are much lower than those seen in seasonal flu viruses. In a time of great uncertainty, this data has handed a morale boost to those working in vaccine development. Simply put, the data suggest that, once a COVID-19 vaccine is developed, it is likely to offer the receiver long-term protection against the virus. If that holds true, we won’t need to develop a new vaccine every year in the same way we have to for seasonal flu.

How does immunity against viruses work?

When a virus enters the body, its primary goal is replication. Viruses do not have the capacity to replicate themselves so they invade cells inside the infected person instead. Once inside, they hijack the cells internal cell replication machinery to make multiple copies of the virus before bursting out of the cell, killing it in the process. 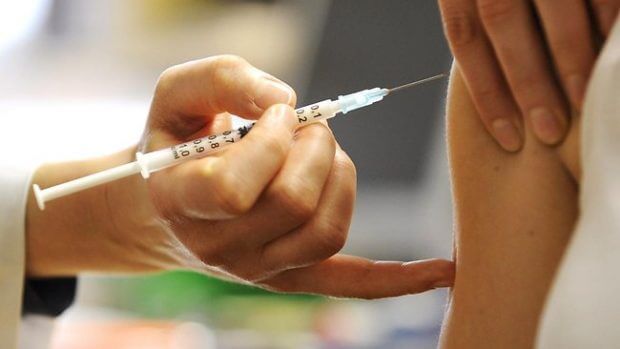 Fortunately, this mechanism does not go unnoticed by the immune system. When the virus is inside the cells of an infected person, it is technically invisible to the cells of the immune system. However, infected cells respond to this by displaying proteins on their surface that tell cells of the immune system that there is a harmful virus inside them. A type of immune cell called a T cell detects these proteins and releases molecules that kill the infected cell to stop the invading virus from surviving. Additionally, immune cells called B cells produce proteins known as antibodies that neutralize the virus and help to eradicate it.

When a virus infects a patient for the first time, this process occurs at a slower pace as new antibodies need to be generated that are specific to that virus. As a result, the virus causes the host to become ill, but recovery normally starts once the immune system has gotten rid of it. In the aftermath, the B cells retain the information needed to produce the same antibodies again. If the same virus returns, the B cells recognize it and can rapidly produce enough antibodies to overwhelm the virus before it can spread. This process makes the host immune to further infections from that virus.

What is long-term immunity?

The process of immunity, however, only works if the virus does not mutate too much before it tries to infect the host for a second time. Memory B cells recognize a virus by the specific collection of proteins that are expressed on its surface. This same collection of proteins is regulated by the genetic material within the virus. A mutation in the genetic material of the virus can result in a change in the proteins that are expressed on the surface. If this changes slightly, memory B cells can still recognize the virus and destroy it. Larger scale changes, however, prevent B cells from recognizing the virus, which is then free to wreak havoc once again.

Related article:  Searching for answers in the genome of China's mysterious coronavirus

Unfortunately, viruses are inherently unstable. Genetic mutations often occur because viruses rapidly replicate. Each time they do, their genetic information is effectively “copied and pasted” into the new recruits. Due to the sheer number of times this occurs, mistakes are made when the genetic information is copied and mutations in the genetic code occur. This same process happens in millions of our cells every day. The difference is, our body has extremely efficient internal machinery for recognizing and destroying mutated cells. Viruses do not have the same safeguards, so mutations often stick.

These mutations happen at varying rates in different viruses. Influenza, the virus responsible for seasonal flu, is one of the fastest mutating viruses known to man. Significant mutations change every year resulting in large changes to the proteins expressed on the surface. As a result, flu becomes ‘seasonal’ meaning the immunity you generate from one strain of flu is likely to only last until the new, heavily mutated strain emerges. When the new strain infects you, B cells simply do not recognize it and the immune response takes longer, meaning you get ill again.

Fortunately, the recent discovery about COVID-19 suggests the virus mutates at a much slower rate. If you get infected with COVID-19 but recover, it is likely that you will remain immune against it for a longer time (maybe even for life).

Where do vaccines fit in?

When you are vaccinated against a virus, you are injected with a tiny dose of either part of a virus or the whole of its structure. The dose is not high enough to cause infection but it is sufficient to trigger your immune system to produce the antibodies required to destroy it. As a result, B cells gain the ‘memory’ they need to quickly eradicate the virus should it enter you for real.

With viruses like the flu, a new vaccine needs to be prepared every year. The regular mutations in the structure of the flu virus means the effectiveness of a vaccine expires and a new one must be produced every year to tell the immune system what the new virus looks like so it can quickly respond. This results in the seasonal flu vaccine we are all familiar with.

The data on COVID-19, however, suggests a seasonal vaccine may not be necessary. The virus is mutating at such a slow pace that it is now believed any vaccine that is developed for it would only need to be a single dose vaccine. This would make it much more like the vaccines we have developed for diseases such as measles and chickenpox where one dose is enough to make you immune for good (or at least for a very long time).

Several vaccines are currently in development, but we are still at least 12 months from seeing an approved product. The race is now officially on but, fortunately, it looks like we won’t be needing a rematch any time soon.