Will CRISPR spawn a new wave of crop biotech innovation despite regulatory hurdles?

This article or excerpt is included in the GLP’s daily curated selection of ideologically diverse news, opinion and analysis of biotechnology innovation.
Current regulatory approaches rely on added DNA sequences for the identification of GM plants. The fact that gene-edited crops can be indistinguishable at the molecular level from those that occur in nature or are produced by mutation breeding presents a conundrum for regulators.1

Mutation breeding has been practiced with no regulation for about a century and has an exemplary safety record, despite the fact that random mutagenesis introduces many deleterious mutations whose elimination requires multiple generations of backcrossing. But if such a messy process as random mutagenesis can be used safely by plant breeders, why should the far more precisely targeted mutations introduced by what are now being called “new breeding techniques (NBTs)” be subject to regulatory scrutiny?

[Editor’s note: This is part four of a four-part series about the progress of agricultural biotechnology. Read part one, part two and part three.]

The obvious answer to this question, combined with the unblemished safety record of the older methods, raises the hope of lightening the heavy hand of regulation. And indeed, the regulatory landscape around NBTs is evolving, albeit unevenly.

In the U.S., which often dominates the GM regulatory landscape, the three relevant regulatory agencies, the U.S. Department of Agriculture (USDA), the Food and Drug Administration (FDA), and the Environment Protection Agency (EPA) appear to be pulling in rather different directions, despite oft-promised harmonization efforts. 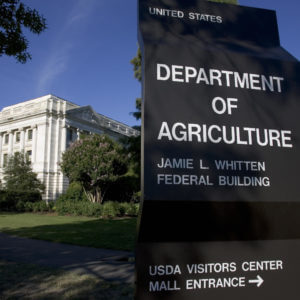 U.S. Department of Agriculture (USDA) Secretary Sonny Purdue issued a press release in 2018 containing the key statement that “…USDA does not regulate or have any plans to regulate plants that could otherwise have been developed through traditional breeding techniques as long as they are not plant pests or developed using plant pests”.2

At the rule-making level that means something less sweeping, as USDA’s Animal and Plant Health Protection Service’s (APHIS) proposed rule exempts only single base changes and deletions, which encompass just a subset of the genetic changes that occur during repair of double-strand breaks by non-homologous end joining (NHEJ).3,4

APHIS is also proposing to exempt from reexamination certain combinations of plants and mechanisms-of-action they have previously examined and judged safe and to confine regulatory scrutiny to traits that affect “plant pest and noxious weed risks”.3 The USDA further proposes a new criterion of “unfamiliarity” as the trigger for regulatory scrutiny of a new product and its assessment of the product’s “plant pest risk” as the basis of the product’s regulatory status.3 Although the final version of these proposed rules is not yet available, a number of organisms modified by NBTs have already been granted not-regulated status under the USDA APHIS “Am I Regulated?” process.5

The EPA regulates environmental releases, including crops modified to protect them from insects by the incorporation of genes that encode what they call “plant-incorporated protectants (PIPs)”.6 Although the EPA has exempted PIPs from sexually compatible plants that occur naturally or are introduced by traditional breeding, whether that exemption will extend to gene-edited PIPs remains under consideration.7

The FDA has a “consultation” program that works with developers of foods from genetically modified plants, but the legal responsibility for food safety resides with the developer.8 By contrast, the FDA has been regulating animals, including agricultural animals, as “new animal drugs”.6 In response to protests from the scientific community, the FDA put the new regulations on hold and how they will be modified remains unknown given the agency’s recent leadership changes.9 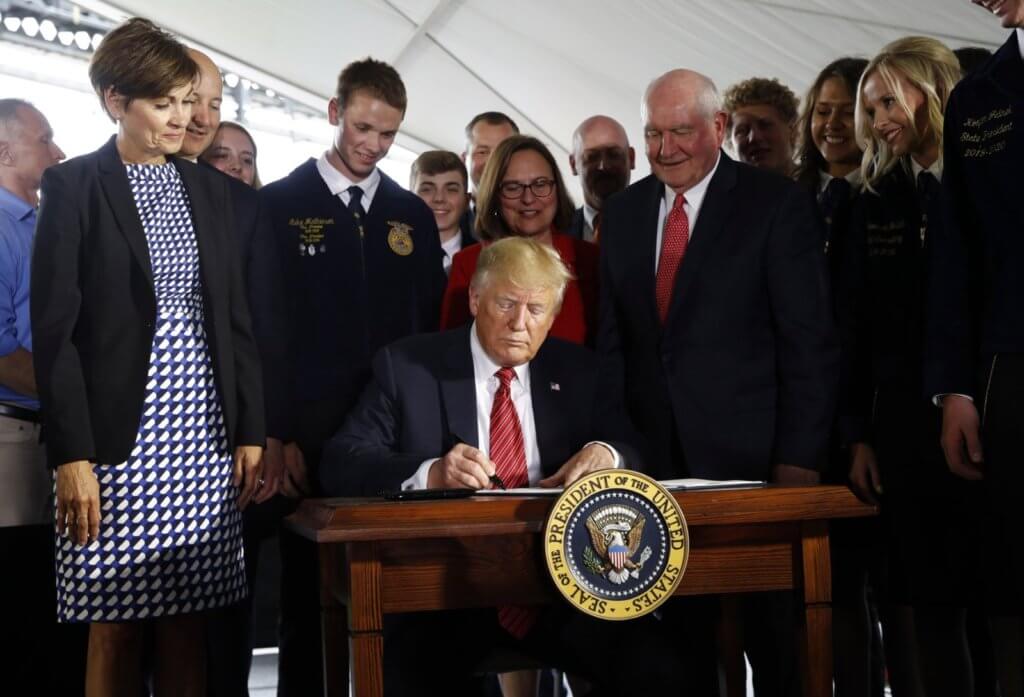 In early 2020, the three agencies launched a “Unified Website for Biotechnology Regulation”10 pursuant to President Trump’s executive order titled: “Modernizing the Regulatory Framework for Agricultural Biotechnology Products”.11 But as noted, there is as yet no indication of how either the EPA or the FDA will regulate gene-edited organisms and APHIS’ proposals remain to be finalized into rules.

Other countries are reexamining their regulations and some are modifying their definition of GMOs to exclude modifications that could have been produced by mutation breeding. Argentina’s Advisory Committee on Agricultural Biotechnology (CONABIA) established a consultation procedure to determine whether a product is regulated, at the heart of which is an exemption for products that do not contain either a transgene or a novel combination of genetic material.6

Brazil’s National Biosafety Technical Commission (CTNBio) has developed a case-by-case consultation procedure which has excluded several gene-edited products from regulation, including yeast strains and a hornless cow. The only country which has put in place and maintained a trait-based rather than process-based regulatory framework is Canada, so it is perhaps not surprising that it has granted some of the first approvals for organisms modified by NBTs.6

As noted earlier, the Court of Justice of the European Union (CJEU) has ruled that although organisms modified by conventional mutagenesis are not subject to regulation as GMOs, those modified by “directed mutagenesis,” which means NBTs, are.6 This ruling does not take into account the indistinguishability of mutations produced by NBTs from those produced by mutation breeding, hence its distinction between regulated and non-regulated is based on the process by which the modification was introduced.6 Vigorous efforts are underway to modify this ruling, but success is far from certain.12

While China’s government appears to back GM technology, as judged by its generous support of gene-editing research as well as its recent acquisition of Syngenta, it has yet to approve the release of gene-edited crops to farmers.13 NBTs, particularly the CRISPR/Cas system, are in wide use by Chinese laboratories, which are publishing groundbreaking research on crops. China’s agricultural research community is poised to revolutionize its crops, particularly rice, once the government develops processes for deregulating gene-edited crops and sanctions either their commercialization or direct distribution to farmers.

Related article:  Viewpoint: FDA pesticide report should alleviate public fears of chemicals in food, but no one is listening

Perhaps the best – even prophetic – news is that the first APHIS notice of non-regulated status of an agricultural product modified by CRISPR/Cas gene-editing went to an academic laboratory. This was a mushroom gene-edited to resist browning by inactivating a polyphenol oxidase gene, developed in the laboratory of Yinong Yang, a plant pathologist on the faculty of Penn State’s College of Agriculture.14

The implication of this ruling is that it opens a path for U.S. agricultural scientists to deliver at least some kinds of gene-edited crops directly to farmers.

One of the primary objectives of the land-grant university system and its USDA-funded extension services is to help farmers using science.15 Yet except for ringspot virus-resistant papaya, no GM crop developed in an academic laboratory has reached farmers without the involvement of a biotech company, in large part because of the prohibitive cost and effort involved in achieving deregulated status.16

While the number of gene-edited crops on their way to commercialization is still tiny compared to the number of technical breakthroughs and crop improvements reported in the literature, it is increasing. Whether the pent-up volume of such advances produces the next quantum leap in agriculture’s ability to adapt to climate change and feed a still-growing population remains to be seen.

As I have tried to communicate in this essay, whether the innovations made possible by the extraordinary gene-editing toolbox are used to improve crops, on the one hand, and whether the improved crops actually reach farmers, on the other, depends on the outcome not just of regulatory decisions by governments, but also of myriad business decisions by companies in the face of lingering consumer concerns both at home and in international markets. As well, it will depend on critical political decisions of governments, and yes, even decisions made by agricultural scientists about how they choose to help farmers.

Nonetheless, exclusion of at least some kinds of gene edits from regulation is not only enabling commercialization of crops with far more limited markets than the commodity crops favored by larger biotech companies, but is spawning a new wave of start-ups focused on biotech crops.17

6Eriksson D et al. (2019). A comparison of the EU regulatory approach to directed mutagenesis with that of other jurisdictions, consequences for international trade and potential steps forward. New Phytol 222:1673-84.

7McCammon SL and Mendelsohn M (2019). Innovation and the regulation of products of agricultural biotechnology in the United States of America. Transgenic Res 28:183-6.

10U. S. Government (2020). The Unified Website for Biotechnology Regulation. https://usbiotechnologyregulation.mrp.usda.gov/biotechnologygov/home/