This article or excerpt is included in the GLP’s daily curated selection of ideologically diverse news, opinion and analysis of biotechnology innovation.
The first generation of GM crops was produced using methods that add genetic material to the crop plant’s genome. This approach, generally referred to as recombinant DNA (rDNA) technology, is based on the construction of hybrid molecules comprising a gene (or genes) and regulatory sequences from virtually any source. The hybrid construct is replicated in a bacterial plasmid or viral genome, then transferred into plants, which are then referred to as GM or “transgenic”.

Most of the GM varieties on the market today were developed using rDNA technology and commercialized by biotech companies, largely because of the high cost of both developing them and complying with regulatory requirements.The ringspot virus-resistant papaya is the only exception, having been developed by university-based researchers.

The most widely grown GM crops are cotton, corn, soybeans and canola modified by the introduction of genes that confer herbicide tolerance, insect resistance Other crops either already on the market or just entering it include alfalfa, sugar beets, squash, eggplant, potatoes and apples are.

[Editor’s note: This is part two of a four-part series on the progress of agricultural biotechnology. Read part one, part three and part four.]

Both herbicide-tolerant and insect-resistant crops have been adopted at breakneck speed in every country in which they have received regulatory approval. As of 2018, the latest year for which statistics are available, GM crops were grown on 474 million acres in 26 countries. This represents a more than 100-fold expansion in GM crop acreage over the 23 years since their commercial introduction in 1996. By 2018, the adoption rates of biotech crops exceeded 90% in the top 5 adopting countries (USA, Brazil, Argentina, Canada and India). 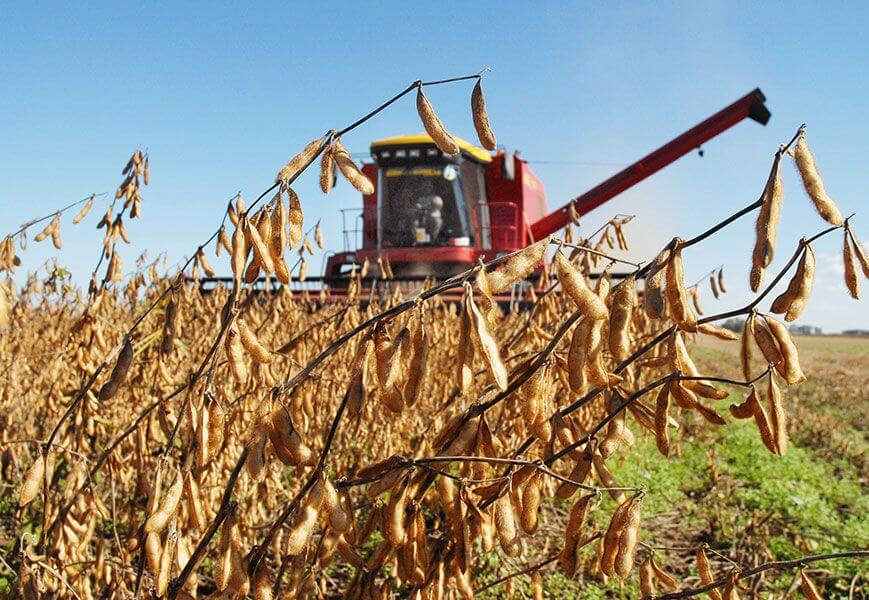 The rapid adoption of GM crops has returned benefits substantially beyond expectations. A 2014 study on the cumulative global impact of GM crops since 1996 concluded that farmers’ yields increased by 22% and their profits by 68%.8 A more recent study reported that the net economic benefit at the farm level was roughly $18 billion for 2016 and 186.1 billion for the period 1996-2001.9

A cumulative environmental assessment spanning 1995-2016 found that the use of GM crops reduced the environmental impact of herbicide and pesticide use by 18.4% as measured by the Environmental Impact Quotient.10,11 The study further pointed out that the use of herbicide tolerant crops reduced agricultural fuel use, primarily by facilitating no-till farming, and estimated that the reduction for 2016 alone was equivalent to removing 16.7 million cars from the roads.11

In sum, the adoption of a small number of GM crops, principally cotton, soybeans, corn and canola, by a large number of farmers has brought substantial economic benefits to farmers and made significant contributions to both the productivity and sustainability of agriculture. It is worth emphasizing that the economic benefits are scale-independent, benefitting both small- and large-scale farmers.

Is there more low-hanging fruit to be harvested?

There are still no widely available GM varieties of either wheat or rice, the second and third most widely grown and consumed grains.12 Monsanto, for example, halted development of GM herbicide-tolerant wheat in 2004 because the market appeared insufficient to recover development costs and because there was significant resistance to GM wheat from some U.S. buyers, as well as buyers in export markets.13

Indeed, Japan halted import of wheat from areas where small amounts of Monsanto-developed herbicide-tolerant wheat were discovered in Oregon in 2013,14 and both Japan and Korea did so when GM wheat was detected in Alberta, Canada in 2017.15 Similarly, an Argentinian agricultural biotechnology startup company called Bioceres developed a drought-tolerant wheat variety, but failed to receive government approval for release because of fears that it would depress Argentina’s wheat export market.16

The introduction of both herbicide-tolerant and drought-tolerant wheat varieties would benefit both farmers and the environment, reducing production costs and stabilizing wheat supplies in the face of a warming climate. Nonetheless, perceptions about consumer acceptance in both domestic and export markets continue to influence regulatory and commercial decisions.17

Genetic modification of rice, which is arguably the world’s single most important food crop, is as problematical as that of wheat. Rice provides a third to two thirds of the calories consumed by a third of the world’s population and 90% of it is grown in Asia.18 One of the major challenges in rice production is the prevalence of weedy relatives capable of interbreeding with domesticated varieties.19

In the mid 1990s, AgroEvo (now part of Bayer) had developed a GM variety of rice called Liberty Link (LL601) that was tolerant to the herbicide glufosinate. It had been field-tested in Louisiana and Arkansas and had received regulatory approval from both the USDA and the FDA for its release (technically referred to as ‘deregulation’), but commercialization was suspended in 2001.20 In 2006, LL601 was detected in several European countries, damaging the U.S. rice export market. U.S. rice growers sued Bayer, which settled the suit for $750 million in 2011.21

Insect-resistant Bt rice was developed in China in the 1990s and received regulatory approval in 2009, but has yet to be commercialized.22 This has been attributed variously to consumer and agribusiness leader concerns about GM food consumption.23 Paradoxically, China is one of the world’s largest importers of GM crops, particularly soybeans, canola and corn.23 Moreover, Bt cotton has been grown in China since 1997, achieving an adoption rate of 96% by 2015.23 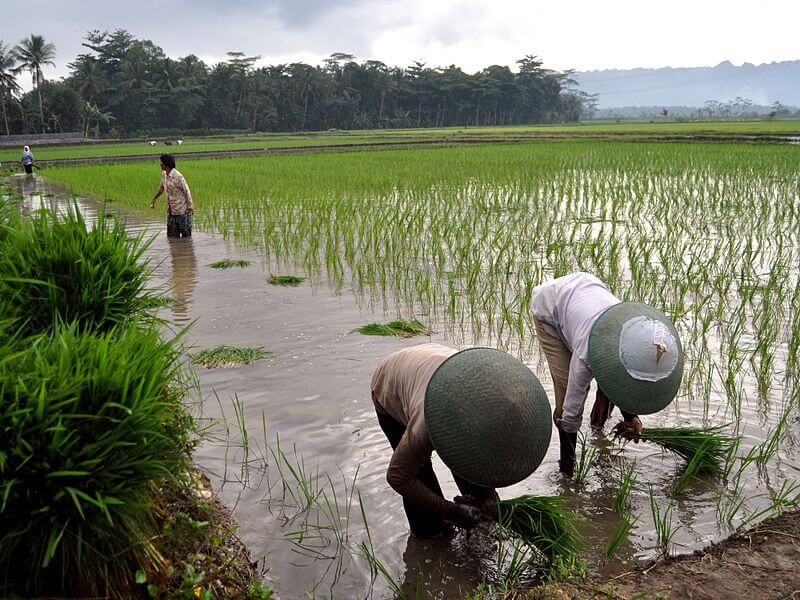 It has been estimated that the decade of delay in approving Bt rice has cost China roughly $12 billion a year.22 In view of the fact that Bt crops have been shown to reduce pesticide use and Chinese farmers are among the top users of pesticides, the foregone benefits include reduced exposure of both farmers and consumers to pesticides. Thus despite potential health and economic benefits, whether GM wheat and rice varieties are commercialized is determined by a complex mix of consumer attitudes, regulatory rulings, business decisions and even political considerations.23,24

Perhaps the most famous GM rice variety just now poised to enter the marketplace is the so-called humanitarian Golden Rice.25 Vitamin A deficiency is arguably the most pervasive and consequential global nutritional deficiency.26 Starting in the early 1990s and funded by the Rockefeller Foundation, Swiss scientists Ingo Potrykus and Peter Beyer took up the challenge of introducing genes that would support the biosynthesis of beta-carotene, a vitamin A precursor, in rice endosperm.27 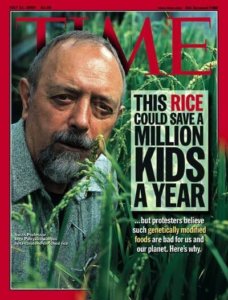 Despite widespread skepticism, they succeeded within a decade, creating what by then had been dubbed “Golden Rice”.28 Time magazine published Potrykus’ picture on its cover with the bold prediction: “This rice could save a million kids a year”.29 The story of the ensuing setbacks and savage attacks by anti-GMO activists is an absorbing, sobering tale.25,30 Only now, 20 years after it was first accomplished in the laboratory, is Golden Rice inching toward release to farmers.

Regulators in the U.S., Canada, New Zealand, and Australia have approved Golden Rice for growing and consumption.31 In Bangladesh, where almost a fifth of children suffer from vitamin A deficiency, Golden Rice was approved by the Ministry of Agriculture, but the Ministry of the Environment seized the regulatory initiative, as it had in India a decade earlier, and failed to give its approval for commercialization.32

The Indian Environmental Minister’s 2010 temporary moratorium on Bt brinjal (eggplant) brought a complete halt to the further introduction of GM crops that has persisted to the present, although farmers are increasingly defiant.33 In the meantime, the GM insect-resistant eggplant developed in India was introduced successfully in Bangladesh, increasing farmer incomes, reducing insecticide use and insecticide poisoning and achieving good consumer acceptance.34

And still, the cacophony surrounding Golden Rice continues. Now that Philippine regulators and legislators are close to approving it for human consumption, Greenpeace has amped up its opposition.35 As well, whether Golden Rice succeeds in its original objective of alleviating vitamin A deficiency also depends on how – and how widely – it is consumed by people whose diets consist largely of rice and who are therefore at risk of vitamin A deficiency.36

In sum, the early focus by biotech companies on commodity crops largely used for animal feed, fiber or processed products brought major benefits to farmers, consumers and the environment. Widely consumed grain crops, particularly rice and wheat, have not fared as well for a variety of reasons, including both consumer resistance and the diversity of governmental positions on GM crops, as well as litigation by parties injured by the uneven global acceptance of food crops improved by molecular methods. Golden Rice, the one humanitarian GM project meant solely to benefit impoverished people, continues to be a lightning rod for every manner of assault on GM technology. And whether in the end it will succeed in alleviating one of humanity’s most serious nutritional deficiencies remains an open question.

20Lemaux PG (2007). LL601 rice: What is it and what does it mean? http://ucbiotech.org/resources/factsheets/LibertyLink.pdf

23Deng H et al. (2019). Perception and attitude toward GM technology among agribusiness managers in China as producers and as consumers. Sustainability 11:1342.

33Editors. They want GM crops: Farmers’ revolt is the outcome of a decade long political paralysis, which must end. The Times of India, 26 June 2019, https://timesofindia.indiatimes.com/blogs/toi-editorials/they-want-gm-crops-farmers-revolt-is-the-outcome-of-a-decade-long-political-paralysis-which-must-end/