This article or excerpt is included in the GLP’s daily curated selection of ideologically diverse news, opinion and analysis of biotechnology innovation.
Mexico has a long record of safely cultivating genetically modified (GM) cotton. For more than 20 years, cotton has been the most widely sown GM crop in the country. Even when the only legal option was conventional seed two decades ago, many farmers quietly planted GM varieties, due to the difficulty of controlling pests and the high cost of insecticides.

Despite this long history of safe, profitable GM cotton cultivation, anti-GMO activists in powerful positions in the Mexican government are threatening the industry’s future by attempting to ban the biotech crop, still the only commercially grown GM plant in Mexico. Their success wouldn’t just mean more pesticide use, lower crop yields and higher consumer prices—but also bankruptcy for many of Mexico’s cotton farmers.

GM cotton was first introduced in Mexico in 1996 and has been widely adopted by growers. Thanks to its insect resistance (BT) and herbicide tolerance traits, the biotech crop efficiently controls lepidopteran pests and helps combat equally damaging weeds. Widespread GM cotton cultivation over those 24 years dramatically slashed the amount of pesticide farmers had to utilize to safeguard their fields from insect attack. For comparison, consider that cotton cultivation in the 1970s required almost 20 insecticide applications from plant emergence to harvest. Following the introduction of GM cotton, applications dropped to 3.5 – 5 applications per growing season.

Cotton production in Mexico has conversely increased over the last ten years due to the use of GM seeds. In the 1990s, national cotton production was nearly hollowed out by pests attacks. When GM cotton was first introduced, the average yield was three tons per hectare, which doubled to six tons in 2010 and further increased to eight tons per hectare in 2016. In fact, conventional cotton seeds are no longer produced in the country because the industry moved completely to GM technology, attracted by the higher yields that were previously impossible to achieve.

But this dramatic jump in sustainable farming could be completely undone. Mexico’s cotton production is in grave danger due to the influence of environmental groups that have placed former activists in key positions in the Mexican Government. The Ministry of Agriculture has made important decisions about GM cotton that may compromise the main source of income for hundreds of Mexican families and cripple one of the most important industries in the country.

The office in the Ministry of Agriculture that approves new seeds, the National Service for Agri-Food Health, Safety and Quality (SENASICA), began to deny environmental release permits for new GM crops in 2019. 19 permit applications were submitted but all applications have been denied, including those for GM cotton seeds needed for the 2020 planting season. SENASICA argued that protection of wild cotton populations found in the southeast of the country necessitated restrictions on GM cotton cultivation.

These permit decisions could spell disaster for cotton farmers because there are no conventional seeds in the county. Without access to new GM varieties, many farmers are selling the equipment they would have used to cultivate and harvest cotton in order to survive. Consequently, national cotton production is poised for a steep decline, and Mexico will be forced to increase its cotton imports to meet consumer demand. The planted areas are already lower compared to previous harvest seasons.

The justification used by regulators to restrict new seed permits, to prohibit mixing of cultivated and wild cotton populations, is nonsensical. GM cotton is cultivated in the north of the country, far away from the native cotton plants in the south of Mexico. A June 2018 study carried out by Mexican scientists showed that overlap between the regions where GM cotton is cultivated and the regions where native species grow is minimal, and the rate of cross-pollination (the probability that a plant is pollinated with pollen from another plant) is 10% or less, since 90% of the plants resulted from self-pollination. Control measures have also been implemented to prevent dispersal of volunteer plants and subsequent gene flow to wild relatives during transport outside GM cotton growing areas. 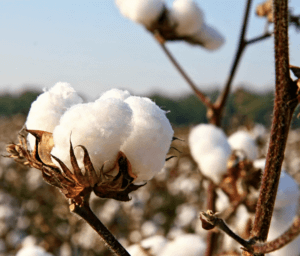 Mexico’s biosafety law dictates that once a GM crop is authorized at the commercial level, it can be used for additional planting seasons after the one it was approved for. But it can be planted only in the specific areas where the crop was authorized. Without the authorization of new permits, farmers in these regions will only have access to older GM seeds with limited pest-control traits, and farmers located in Mexican states with no active permits can’t plant any GM seeds whatsoever.

Without conventional seeds on the market as an alternative, these farmers and their families are being dragged to bankruptcy. Additionally, GM cotton production is one of the main income sources for populations where the crop can be cultivated. This regulatory decision is therefore expected to hinder economic develop in these areas, threatening the employment of roughly 114,000 people who work in the local cotton industries.

Valeria Souza Saldivar, a scientist at the National Autonomous University of Mexico (UNAM) and one of the authors of an evaluation of GM cotton after more than 20 years of cultivation in the country, argues that this problem extends beyond Mexico’s cotton-growing regions. Mexico and the US have collaborated for years to rid their mutual border of the pink bollworm (Pectinophora gossypiella), an ever-present threat to cotton growers.

With the help of BT cotton, the pest has been nearly eradicated. But insecticide applications will again be needed in the area for both governments to fulfill their obligations, if farmers are denied access to new GM seeds. In the short term, conventional cotton may suffice because some pests are close to being eradicated. Without BT technology in the fields, however, there is no doubt that the pests are going to make a come back.

Sadly, this story highlights only the beginning of what’s to come in Mexico. No new biotech crops have been approved for animal feed or human consumption since May 2018. And with vocal opponents of biotechnology in key policy positions throughout the government, experts expect that more permits for vital agricultural products will be denied, Bayer’s herbicide Roundup being another major target. If this trend continues, many more farmers and their customers (Mexico’s population) will suffer unnecessarily for it.