Drug factories: GMOs and gene editing are poised to transform medicine. Here’s how.

This article or excerpt is included in the GLP’s daily curated selection of ideologically diverse news, opinion and analysis of biotechnology innovation.
No one likes getting a shot at the doctor’s office. As kids, we weren’t used to having a sharp needle prick our skin, let alone by someone doing it on purpose. An estimated 10% of the population is affected by trypanophobia – the fear of needles or injections. Luckily, for most, shots are an infrequent occurrence often limited to vaccinations. However, for millions of others, injections are a more frequent fact of life required in dealing with disease. The need for these injections and their associated doctor visits mean the physical discomfort of the treatment is often compounded by a financial burden.

Fortunately, plant biotechnology is poised to drastically improve how we consume medication. Using the modern tools of genetic engineering, researchers are developing plant-based drugs that are cheaper, easier to take and even more effective than their existing counterparts. 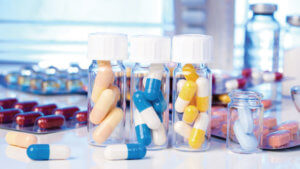 While many diseases can be treated with orally administered medications, other drugs such as biologics or biopharmaceuticals, medicines derived from living organisms, must be delivered using other strategies. Conventional drugs like aspirin are chemically synthesized and can survive digestion, whereas biologics like hormones, antibodies, enzymes, and other complex organic molecules are vulnerable to degradation by enzymes in our saliva and stomach, as well as environmental conditions like pH and heat. This makes biologics in pill form unlikely to survive the harsh environment of the digestive tract.

In addition to the unpleasant nature of biologic injections is their associated costs. Biologics are made by taking the DNA blueprint for the molecule and expressing it in bacterial, yeast, or mammalian cells. Once these cells, typically grown in large vats filled with nutrient media, produce the molecule of interest, it must be isolated and purified. Each step of this process must be exact and carefully maintained as small variations may change the structure and identity of the drug, potentially altering its behavior. This complex manufacturing process in addition to more rigorous FDA regulations mean higher drug prices for consumers. Combined with the price of doctor visits to get these frequent injections or infusions, the annual cost of some biologics can reach hundreds of thousands of dollars.

There are more than 200 FDA-approved biologic drugs. While less than two percent of people in the US rely on biologics, they make up 40 percent of prescription drug spending. Identifying a better way to produce and administer biologics has the potential to ease the physical and financial burden associated with these drugs. For this reason, researchers are turning to the original inspiration for medications: plants.

Evidence for plant use in medicine dates back all the way to the Palaeolithic Age. But instead of trying to find new plants that produce medically relevant compounds, researchers are turning to genetic engineering to express the same biologics currently grown in bacterial, yeast, or mammalian cells.

Producing biologics in plants has a number of advantages. Plants are potentially less costly to grow, requiring inexpensive fertilizers instead of specialized cell culture growth media. Plants can also be grown in fields or greenhouses without requiring sterile environments, meaning that scaling up production would just require more growing area as opposed to additional expensive bioreactors. An added benefit is that plants do not serve as hosts for human pathogens, reducing the likelihood of harm from contaminants that bacterial or mammalian cells may house.

Once the drug-producing plants are grown, the medically relevant proteins may be extracted and purified. But plants allow for this platform to be taken one step further: by turning the biologic- expressing plants into a freeze-dried (lyophilized) powder and placing it into a capsule, the drugs can be delivered orally. Plant cell walls contain cellulose which cannot be digested by enzymes in the stomach but can be broken down by the commensal bacteria living in our intestines. Plant-encapsulated drugs are then released in the blood-rich absorptive environment of the small intestine, where they become bioavailable and distributed to target tissues. By producing these drugs in a lyophilized form, manufacturers can cut out the expensive purification process and the need for cold transport and storage.

There’s been some reported success using this method, including a March 2020 paper from a team at the University of Pennsylvania describing  a lettuce expressing a novel human insulin-like growth factor-1 (IGF-1). IGF-1 helps promote skeletal muscle and bone development. For this reason, IGF-1 injections have been used in the treatment of several muscle disorders and have the potential for therapeutic benefit in healing bone fractures.

To study if plant-grown IGF-1 might be an effective replacement for traditional IGF injections, the team modified human IGF-1 to allow for uptake through the gut. They found that their modified version not only stimulated proliferation of several cell types better than current commercial IGF-1, but also that the plant-encapsulated drug could be administered orally to mice and would effectively be delivered to blood serum. The team also found that this administration of the drug significantly increased bone density in diabetic mice as compared to a control group.

In addition to medication production, companies are also looking to utilize some of the benefits of plant-based production for vaccines. Medicago, a Canada-based company seeking approval for their plant-produced flu vaccine, has announced that using this same technology, they have produced a candidate vaccine for COVID-19 in twenty days. By growing the protein for the vaccine in plants, as opposed to using eggs to propagate the virus, Medicago has been able to cut the cost and  time required to produce a new vaccine. The vaccine is now awaiting clinical testing and FDA approval.

Similar to the work on orally administered IGF-1, there’s also a lot of interest in making edible vaccines. In the future, you may no longer need to go to a clinic to get a seasonal flu vaccine, but instead eat a salad made with vaccine-containing lettuce or tomatoes. This could potentially reduce patient discomfort and increase vaccine compliance, minimizing everybody’s risk of contracting infectious diseases. Edible vaccines would also help expand access to immunization in parts of the world were delivering vaccines may be difficult.

Plant-produced pharmaceuticals have the potential to improve the quality of life for millions of people by reducing the physical and financial burden of relying on biologics to stay healthy. There may even come a day when getting a shot at the doctor’s office is a thing of the past – replaced by a quick trip to the grocery store.