This article or excerpt is included in the GLP’s daily curated selection of ideologically diverse news, opinion and analysis of biotechnology innovation.
The federal government of Nigeria has approved the commercial release of the nation’s first GMO food crop, pod-borer resistant (PBR) cowpea, after a rigorous examination by Nigeria`s biotechnology regulatory body –  National Biosafety Management Agency (NBMA) – which confirmed that the genetically modified (GM) crop is safe for human consumption, poses minimal risk to the environment, and by extension should be commercialized and adopted by the nation’s farmers.

The PBR cowpea was developed by scientists at the Institute for Agricultural Research (IAR), Ahmadu Bello University (ABU), Zaria-Nigeria, in response to the devastating threat of Maruca Vitrata,  a pod-boring insect that can lead to up to 80% yield losses in cowpea, an important source of protein for millions of people in Nigeria and West Africa.

Dr. Mohammed Lawal, the PBR cowpea trial manager at the IAR, said the pod-boring insect Maruca Vitrata is the major constraint limiting the production of cowpea by Nigerian farmers. Consequently, Nigeria – the largest producer of cowpea in Africa – imports about 500, 000 tons of cowpea to meet national consumption demands, costing the nation billions of naira annually. 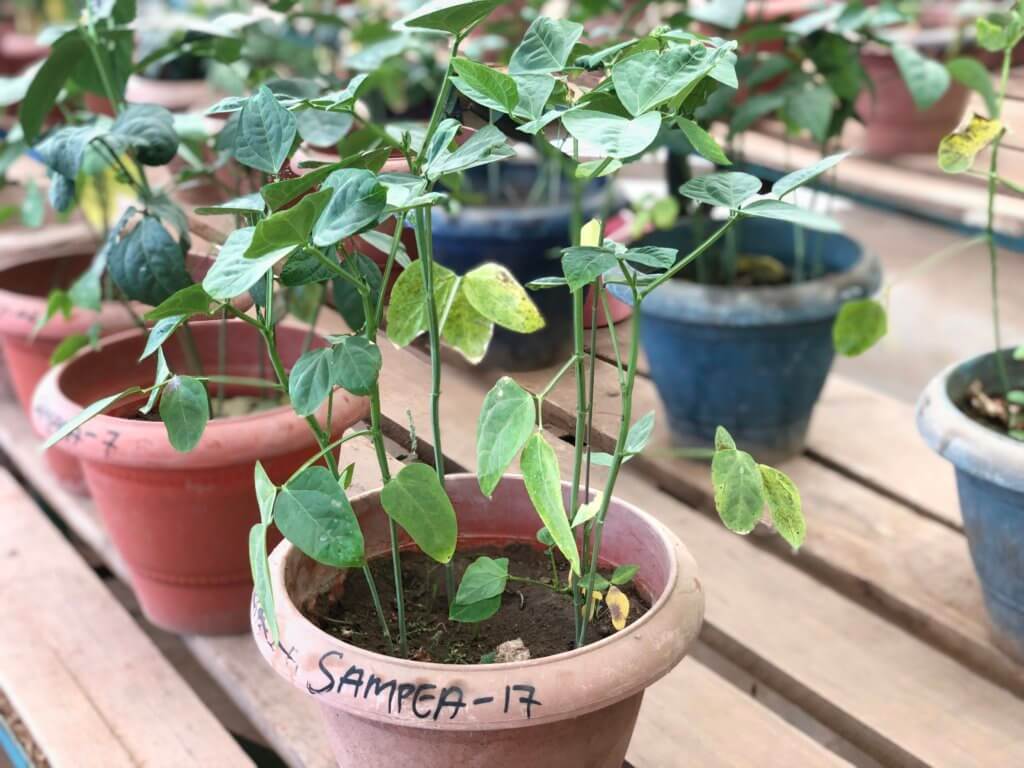 “Maruca Vitrata is the most notorious insect affecting cowpea production in Nigeria and farmers have to spray large amounts of insecticides on their farms. Thus, scientists have tried to develop a variety that is resistant to the Maruca pod-boring insect using conventional scientific methods, but all efforts proved unsuccessful,” Lawal said.

Following a decade of intensive research and field trials, scientists at the IAR developed the new PBR cowpea variety using genetic engineering. The genetically modified cowpea, also known as Bt cowpea, contains the crystal protein ‘Cry1Ab gene’ from the natural soil bacterium Bacillus Thuringiensis (BT), which is toxic to the insect and thus confers high resistance to the crop. 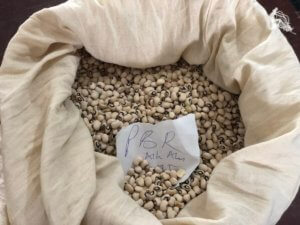 The decision to release the new genetically modified PBR cowpea variety means that farmers will have access to the seeds this 2020 planting season. The PBR cowpea will help to significantly reduce the number of sprays that farmers currently apply to their crops from between 6 and 8 times to only 2 times per cropping season. Consequently, farmers will obtain higher yields both in quantity and quality, boosting national productivity by an average of 350kg/hectare.

“The PBR cowpea requires less use of insecticides which are expensive and harmful to human health and environment. As a result, Nigeria will save a substantial amount of money – about 16 billion naira per 1 million hectares annually – if the PBR cowpea is planted by farmers,” said Ishiyaku.

While speaking to the Genetic Literacy Project (GLP), Ishiyaku noted that the successful release of the PBR cowpea could be attributed greatly to its economic potential and environmental benefits; agronomic performance; as well as rigorous tests and studies conducted by Nigerian scientists and the biotechnology regulatory body, which has found the crop to be safe for human consumption

One forthcoming study conducted by African economists and agricultural experts in five countries – Nigeria, Uganda, Tanzania, Ghana, and Ethiopia –  under a project called the Biotechnology and Biosafety Rapid Assessment and Policy Platform (BioRAPP) provided policymakers with predictive economic information about how crops improved through biotechnology can benefit the economy, based on data generated locally in the respective countries. In Nigeria, the study shows that the adoption of the PBR cowpea could add up to $638 million to the economy within a period of six years.

Founded in 2009, the Nigeria chapter of the Open Forum on Agricultural Biotechnology (OFAB) in Africa, an initiative of the African Agricultural Technology Foundation (AATF), has been working to enhance knowledge-sharing and public awareness on agricultural biotechnology – as part of efforts to ensure the successful deployment of genetically modified crops in Nigeria.

Dr. Rose Gidado, the country director of OFAB Nigeria, noted that the platform played a significant role in the successful approval of the PBR cowpea by raising awareness on biotechnology through its various programmes aimed at enlightening the public as well as policymakers about the benefits of GM technology and also dispelling the misinformation spread by anti-GMO groups in Nigeria.

“We have been creating awareness and sharing credible information using different media strategies such as social media, TV and radio programs as well as ‘seeing is believing’ tours for farmers and journalists to see how biotechnology works. This has greatly enhanced the public understanding of agricultural biotechnology in Nigeria,” said Gidado. “Now, we are receiving several calls and messages from the public asking how they could have access to the PBR cowpea. The farmers are eager to plant the seeds.”

Nigeria’s landmark decision to approve the PBR cowpea variety makes it the first country in the world to commercialize a genetically improved cowpea using biotechnology, and it opens the door to more innovation, Ishiyaku said.

Hopefully, this will facilitate the adoption of other GM crops and biotechnologies in Nigeria. [The] IAR has the mandate for the genetic improvement of several crops: for example, we are currently working to develop the stem-borer resistant sorghum; Water Efficient Maize for Africa (WEMA); and the GM cotton –  developed by scientists in IAR – has also been approved for commercial release in mid-2018.

Abdullahi Tsanni is a freelance science writer based in Abuja, Nigeria. He writes for science and development focused international media publications including Nature and African Newspage. He holds a BA in biochemistry and works voluntarily at Science Communication Hub Nigeria. Follow him on Twitter @abdultsanni