Some experts are calling for a ban on embryo gene editing after a “disaster” experiment resulted in potentially dangerous and unintended genetic changes. Rapidly spreading anti-science views may be slowing our ability to achieve herd immunity for COVID-19 and needlessly extending the pandemic. Are bees responsible for 1/3 of the food we reproduce, and are they in jeopardy thanks to pesticides? 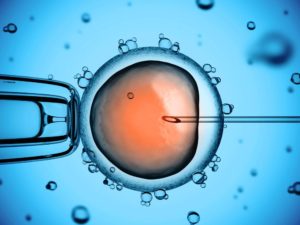 A botched experiment to edit the DNA of human embryos has prompted calls for researchers to “stay the living daylights away from embryo editing.” Using donated embryos and CRISPR gene editing, scientists at the Francis Crick Institute in London deleted a gene to better understand its role in early human develop, then compared the edited embryos to their unedited counterparts. The experiment worked, sort of. Embryos with the targeted edit also displayed unexpected mutations that could have led to birth defects and even cancer later in life, had they been used to start a pregnancy.

The concerning results have intensified calls to restrict embryo gene-editing research from some experts, who say the technology is nowhere near ready to be used safely. The situation raises difficult questions bioethicists, scientists and the public have to answer. If we overregulate embryo gene-editing research, will the technology ever be ready for commercial use, for example to correct inherited disorders? And if it eventually can be used safely, would we be able to stop governments and rogue scientists from using germline editing without proper oversight?

A June CNN poll found that roughly 1/3 of Americans won’t get a COVID-19 vaccine if and when it becomes available. Anthony Fauci, the director of the National Institute of Allergy and Infectious Diseases, attributed the skepticism to widespread “anti-science, anti-authority, anti-vaccine feeling” in the US, perpetuated by a well-organized vaccine skepticism movement. Critics may push back, pointing to the  constantly changing information governments and scientists have released about the novel coronavirus.  Are the skeptics justified in denying the safety and efficacy of a COVID-19 vaccine?

Bees pollinate 1/3 of the food produced today, but their populations are rapidly declining due to the use of dangerous pesticides in agriculture. The mainstream press and environmental activist groups have made such pronouncements about bees for many years now. Fortunately, claims about an imminent bee apocalypse, and thus the instability of our food supply, are not supported by the science.