This article or excerpt is included in the GLP’s daily curated selection of ideologically diverse news, opinion and analysis of biotechnology innovation.
Anti-biotech groups in the Philippines are trying to link the COVID-19 pandemic to Golden Rice as part of a week-long effort to derail commercialization of the nutritionally enhanced staple food. Critics, led by Stop Golden Rice Network (SGRN), say the approval is part of an onslaught to advance “corporate control in food and agriculture.”

According to Cris Panerio, national coordinator of farmer-scientist group MASIPAG:

The pandemic exposed what we feared a long time ago – that our food system has become so flawed and weak, it will inevitably fail to sustain our needs. … There are enough reasons to safely conclude that multinational corporations are exploiting the dire situation of our food system during COVID-19 as a pretext for further greedy gains. 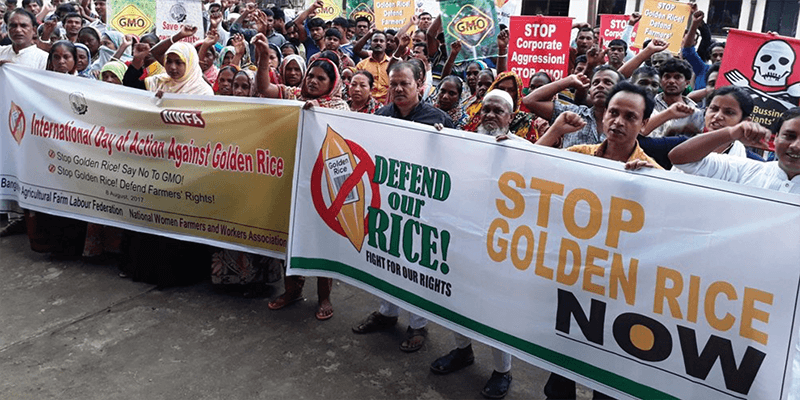 The new campaign is an attempt to derail the roll-out of Golden Rice, which is expected later this year. Food safety regulators in the Philippines finally approved the crop for human consumption on December 18 of last year after two decades of deliberations, protests and missteps by scientists. According to the International Rice Research Institute:

After rigorous biosafety assessment, Golden Rice ‘has been found to be as safe as conventional rice’ by the Philippine Department of Agriculture-Bureau of Plant Industry. The biosafety permit, addressed to the Philippine Rice Research Institute (PhilRice) and International Rice Research Institute (IRRI), details the approval of GR2E Golden Rice for direct use as food and feed, or for processing (FFP).

After the approval, Greenpeace claimed that Golden Rice violated the ‘precautionary principle,’ which stresses the hypothetical risks and minimizes the demonstrated benefits of consuming the crop. Moreover, there is no evidence to support the allegation that Golden Rice—approved well before the international spread of COVID-19—is being advanced as a way to exploit the current crisis.

Golden Rice contains high levels of beta carotene, a precursor to vitamin A, and was developed to combat severe nutrient deficiencies that can lead to blindness, anemia and weakened immune function that boosts the severity of infectious diseases—jeopardizing the health of 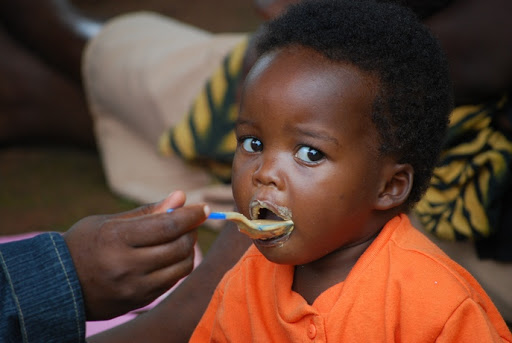 millions of impoverished people. As the GLP reported last November:

[R]oughly 250 million people, mostly preschool children in southeast Asia, are vitamin A deficient. Between 2
50,000 and 500,000 of them go blind every year—and half die within 12 months of losing their sight. Genetically engineered Golden Rice …. could alleviate much of this suffering without otherwise harming human health or the environment, according to a mountain of studies.

SGRN and its allies nonetheless oppose the introduction of Golden Rice, labeling it a “Trojan horse” that will allow biotech giants like Bayer to expand their footprint in the developing world. The three scientists who developed and steered Golden Rice into production—Adrian Dubock, Ingo Potrykus, and Peter Beyer—argued in a recent GLP article that such opposition is a last, desperate attempt to salvage the anti-GMO movement, which has receded as one country after another has embraced transgenics to reduce agricultural chemical use, increase yield and, in the case of Golden Rice and a few other crops, enhance nutrition:

Although Bayer and Syngenta helped develop the enhanced rice variety, they don’t stand to profit once the crop is approved, as science writer Matt Ridley pointed out in January,  Potrykus and Beyer insisted that the technology be donated free to benefit children suffering from vitamin A deficiency.

Claims of corporate subterfuge are further undermined by the fact that the Philippines has grown insect-resistant GMO Bt corn for 17 years—which means biotech companies are clearly not using Golden Rice to sneak GMOs into the country. Moreover, high-profile legislators not only supported the release of Golden Rice, they have endorsed simplified regulations that will enable the use of new breeding techniques including CRISPR gene editing. For these reasons the USDA has called the Philippines a “regional biotechnology leader.”

In an email to GLP, Ed Regis, author of Golden Rice: The Imperiled Birth of a GMO Superfood, summed up the situation this way:

This latest campaign against Golden Rice is yet one more installment in the long-running soap opera that pits corporate villains against helpless farmers, and now also illogically throws the Covid-19 crisis into the mix.

But neither this lurid stagecraft nor the apocalyptic rhetoric of the protesters has anything to do with Golden Rice, which is governed by the Golden Rice Humanitarian Board, not a corporation, and which will be given away free to small landowner farmers who may plant it or not as a matter of their own individual choice. Nobody is holding a gun to their heads and nobody’s rights are being infringed by the planting or use of Golden Rice.

Editor’s note: Adrian Dubock, a member of the Golden Rice Humanitarian Board, offered these comments in an email in reaction to the latest maneuver by activist groups to derail commercialization of nutritionally enhanced rice in the Philippines.

The people organizing the campaign against Golden Rice are knowingly misleading the Philippine people. They are also damaging the interests of Philippine mothers and Philippine children. Golden Rice has nothing to do with agribusiness companies, as claimed – it is a public sector project for public health! 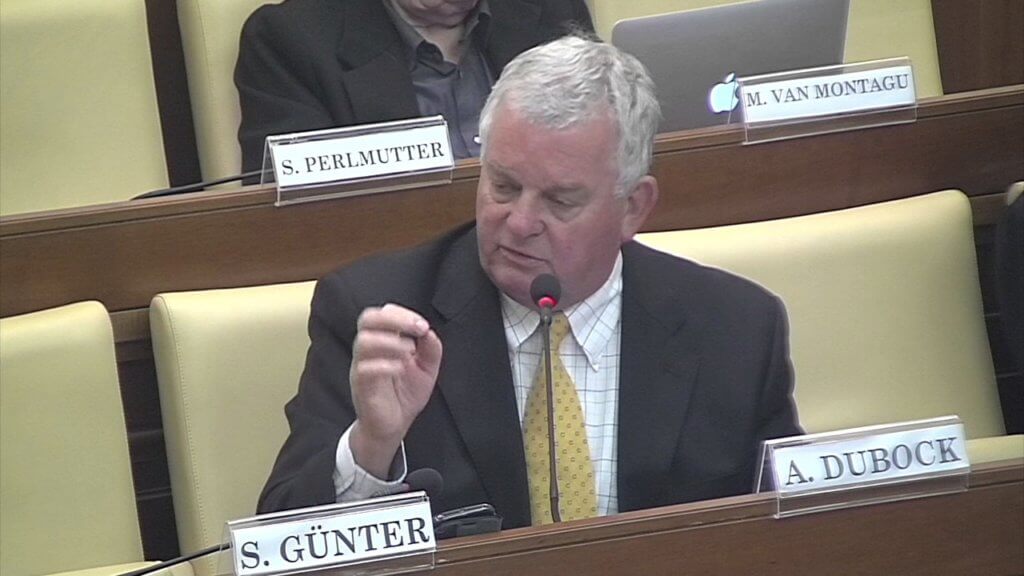 Indeed, as science reporter Matt Ridley noted in a report in Genetic Literacy Project: “Given the scale of human suffering Golden Rice could address, there may be no better example of a purely philanthropic project in the whole of human history. Yet some misguided environmental activists still oppose Golden Rice to this day.”

Thirty percent of young children in the Philippines lack sufficient vitamin A. The deficiency reduces natural immunity against common childhood diseases, including pneumonia, malaria and diarrhea, so that they kill.  A source of vitamin A  reduces child mortality by 23-34%, and 50-76% in the case of measles. Vitamin A deficiency is also the leading cause of blindness in children. White rice is carbohydrate, excellent as an energy source, but contains nothing else.   Consumption of a small amount of Golden Rice is a proven source of vitamin A. Golden Rice will cost no more than white rice, and it is safe.

Since the 1940s, a healthy population has been a top objective of Philippine governments. The Philippine Rice Research Institute is planning to introduce Golden Rice to improve the public health of Pinoys. Philippine farmers have benefited for decades from the work of the Philippines highly skilled regulators, and Philippine families will soon too when Golden Rice is available for them to grown and consume.

Opposing the use of Golden Rice is hugely inappropriate, especially during a pandemic. Covid-19 will very seriously impact young children and mothers, already marginalized before the virus began to spread. Especially for those families who eat a lot of rice and little else, their vulnerability to all the Covid-19 circumstances, including indirect ones, is extreme. Vitamin A deficiency already kills more than HIV/AIDS, tuberculosis, malaria, Ebola and, incidentally, Covid-19.

….overburdened  health systems threaten more than those who fall ill with COVID-19.

In the poorest parts of the world, children in need of basic yet essential services – including those to protect against diseases like pneumonia, malaria and diarrhea – are at risk of not receiving them.  As health systems stretch, infants and children will lose their lives to preventable causes.

UNICEF calls on governments and partners [MASIPAG supporters please take note] to sustain life-saving maternal, newborn and child health services.  This means continuing to meet the urgent needs posed by COVID-19, while carrying forward critical health interventions, like funding for vaccinations, that ensure children survive and thrive.  Our response to COVID-19 must be one that strengthens health systems in the long run.

Getting Golden Rice registered and in use quickly could start to address vitamin A deficiency, which is even more important now in the time of Covid-19.

Golden Rice exists, and with very little regulatory decision, can be made available NOW to help those with limited dietary diversity, and where rice is the staple crop, fight infection for free, with very little cultural change.