This article or excerpt is included in the GLP’s daily curated selection of ideologically diverse news, opinion and analysis of biotechnology innovation.
With the world COVID-19 pandemic in its sixth month, food activists are back to trumpeting locally grown, and even home grown, as a viable option for mass food production, but for most of the world how realistic is that? It’s fine if Michael Pollan claims it is from his walled Berkeley back yard, but even most New York Times subscribers can’t afford that.

To make it suitably ironic, environmentalists who have spent decades and $40 billion on campaigns saying single-family homes in suburbia are a blight on nature and we should all live in urban apartments are now claiming we should be growing vegetables and trading them with each other to create a more sustainable future.

Former Flinders University nutritionist Professor Kaye Mehta, for example, advocates community gardening, home gardening, and also resulting food swap groups as ways to reduce plastic packaging and, of course, meat eating, but commercial agriculture would never have come into existence if growing food at home were equally viable for all. Australia is a world leader in science approaches to agriculture, and in a ‘land of plenty’ it is easy to forget how bad it once was, and perhaps even believe The Ancients knew what they were doing instead of having no choice.

But Utopia is a mythical place, and idylls to nomadic life are not written by actual shepherds. Most of Africa wants science, and they want Europe to stop penalizing competition by poor countries who use science. They don’t want idylls from industrialized nation residents saying how lucky they are to not have centralized energy and clean water or enough food to sell it in packages.

Activists have an answer for those farmers that don’t want Western idylls. If you don’t embrace their ways, you lack “literacy” about food systems.  And their ‘scientific’ conclusion that this was valid came from teaching a course to people already in their tribe; actual staff and students at the same university who unsurprisingly, after taking a two week course they got paid to attend, agreed that fairness and sustainability are important and that farmers need to get with the program.

Such “literacy” framing is insulting. It is western academics and staff and students insisting that developing world farmers are literally illiterate about farming if they don’t do what white people in rich countries tell them to do. 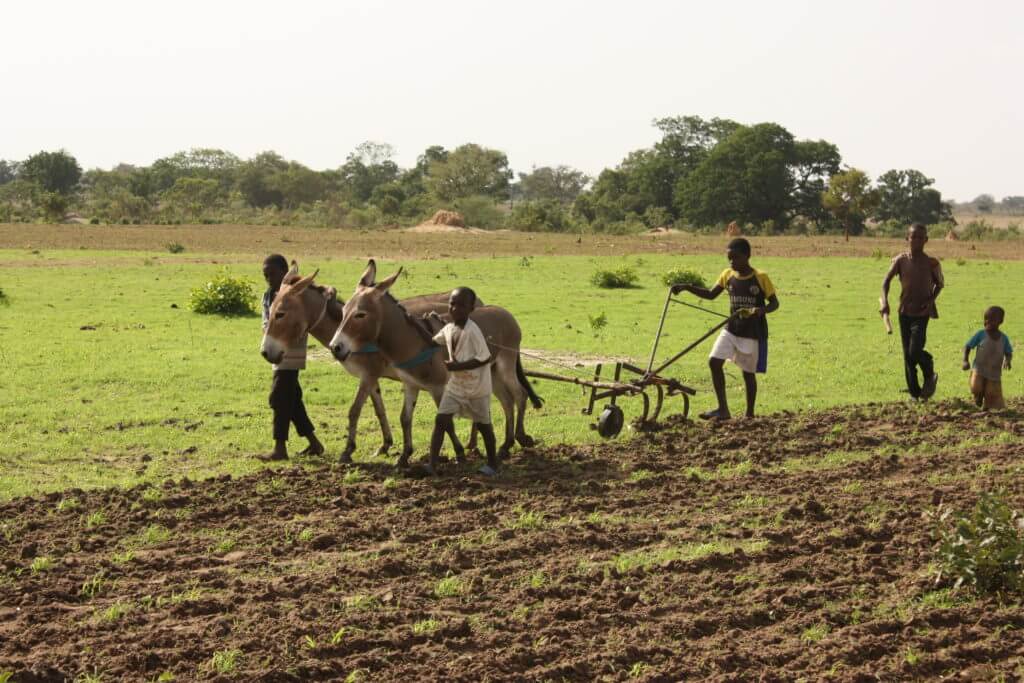 I grew up on a subsistence farm, before organic farming was cool, and I have to tell you from the experience of someone who lived it rather than wrote about it, it is a lot of work and you are likely to be poor. Farming is always a campaign issue in America—former US Vice-President Al Gore even lauded ethanol as a viable approach to greenhouse gas reduction to get Iowa votes in the 2000 election—and it was again an issue in 2016. But that last time it was about estate taxes, even though only 153 farms out of 38,328 farm estates paid them. Instead of there being “factory” farms, as organic industry trade groups and sympathetic allies in journalism claim, 2.1 million farms make just $10,000 a year or less—as my family did. Maybe enough to cover their real estate taxes, which means they are also working outside jobs.

Farming is not an issue in the US election this year because there is a much bigger concern; 50 million unemployed Americans and concern about a second wave of COVID-19 deaths. Activists who would ordinarily be off in the minutiae weeds arguing for their candidates by manufacturing concern about invisible pollution (PM2.5 in epidemiology), quasi-homeopathic effects (endocrine disruption in rats) or other things where only more big government can supposedly save us are instead scrambling for relevance in a culture that suddenly wants Clorox, Lysol, and Purell. And that wants government to get out of the way of scientists racing to create a vaccine.

During all this the one thing no one is worried about is food.

Yet instead of praising how agricultural science has saved us during this pandemic, Mehta and others want the world to get back to thinking about food in terms of ill-defined environmental populism rhetoric like “sustainability” and “fairness”, without recognizing it is not environmentally sustainable to have a wave of new amateurs spraying pesticides they bought on Amazon in their vegetable gardens, and it is not fair that people who are not wealthy elites and lack a large backyard and money for equipment should starve.

COVID-19 has made it cool to embrace science again. The same elites who once opposed vaccines now want them. And that includes Whole Foods shoppers, who on surveys share common cause with food “fairness” rhetoric but in reality stockpiled regular old non-recycled toilet paper.

Instead of it being environmentally responsible to go back to old, inefficient ways, the evidence is on the side of progress. Since GMOs became commercialized, for example, the emissions savings have been equal to removing 15,000,000 cars from the road. All while keeping food affordable. Even solar panels, another idyll of rich elites that leaves out the poor, don’t come close to that.

We can thank science for getting us through this so far, just like science will get us to the other side. All while being environmentally terrific in ways that academics with no experience in farming just can’t understand.

This article originally ran at Science 2.0 and has been republished here with permission. Science 2.0 can be found on Twitter @science2_0