Viewpoint: GMOs a ‘corporate plot’ to control the food supply, and 9 other biotech myths, debunked

This article or excerpt is included in the GLP’s daily curated selection of ideologically diverse news, opinion and analysis of biotechnology innovation.
GMO stands for “genetically modified organism.” It most commonly refers to organisms—often plants—that have been modified to achieve desired traits, like drought-tolerance and pest-resistance, using recombinant DNA techniques or genetic engineering (GE). It’s a misleading term, since we’ve been modifying the genetics of organisms since the dawn of agriculture. But the name isn’t the only thing that people get wrong.

Reality: It is true that patented GMO seeds are often protected by intellectual property rules, meaning farmers must pledge not to save them and replant. Monsanto says it has sued about 150 farmers who it claims broke these rules over the past 20 years. However, hybrid seeds, which have been around for decades, also need to be purchased each season because they don’t breed true, so this is not a new issue for many farmers. In both cases, farmers choose to purchase these seeds because they get a better yield and make more money. In addition, in many public sector projects, such as the virus-resistant papaya in Hawaii, insect-resistant eggplant in Bangladesh, and drought-tolerant Water Efficient Maize for Africa, farmers are free to save and share GMO seeds and no royalties are charged.

Myth: GMOs are a corporate plot to control developing nations and the world’s food supply.

Reality: Developing nations are increasingly choosing GMOs, and for the fourth year in a row, devoted more hectares to growing biotech crops than developed nations. Farmers in these countries choose biotech because these crops have helped to alleviate hunger by increasing incomes for 18 million small-holder farm families, bringing financial stability to more than 65 million people in developing nations. This technology should not bypass the poor, who are arguably those who stand to benefit most. 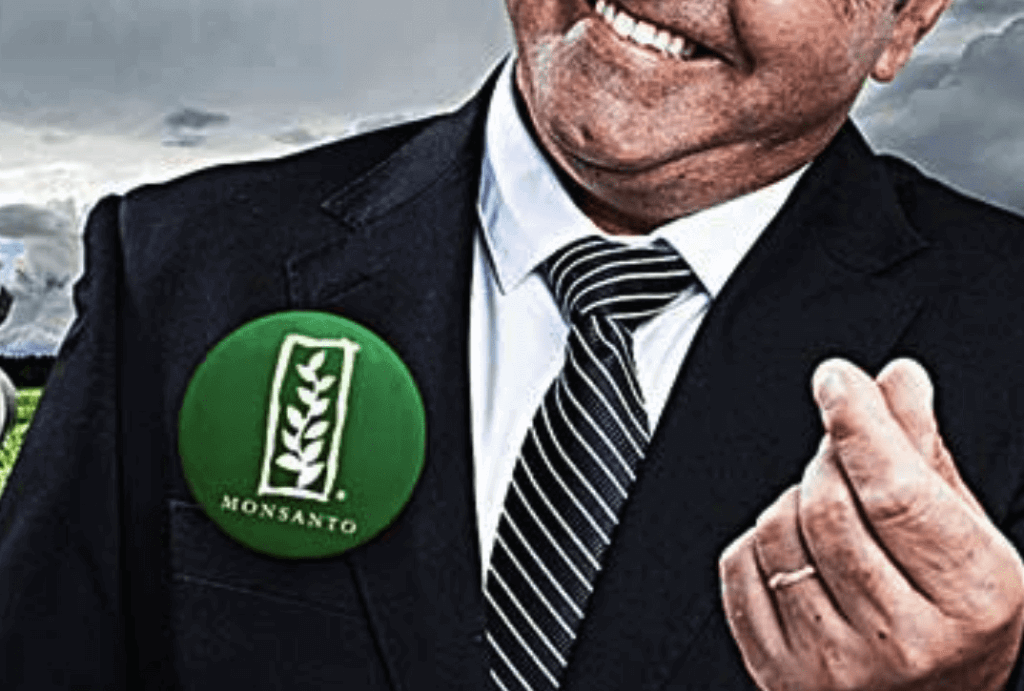 Myth: GMOs are a ploy by agrichemical corporations to sell more pesticides/herbicides.

Reality: Some GMO crops—such as Roundup Ready—can tolerate applications of herbicides, a trait that reduces the need for hand weeding or mechanical cultivation, which disturbs the soil. People sometimes imagine that GMOs use more insecticides, but the reverse is true with GMO crops that are bred with a natural form of insect-resistance, thus minimizing or eliminating the need to spray pesticides for crop protection. Overall, scientists say GMOs have reduced the use of chemical pesticides—both herbicides and insecticides—by 37%. (Qaim et al. 2014).

Myth: GMOs are used only in industrial, chemical-intensive agriculture.

Reality: The technology of genetic engineering can be used in multiple ways, including reducing pesticides. Today many GMO crops are being bred in developing countries by public sector scientists who are working to improve the nutritional content and viability of staple food crops key to their region, such as cassava, pulses, mustard, brinjal, potatoes, rice, and bananas. Small-holder farmers typically grow these crops to feed their families.

Myth: GMOs are not adequately tested

Reality: Governments everywhere employ strict biosafety protocols to ensure that any new GM product poses no threat to human or animal health, or the environment. These protocols include laboratory and field tests that may span many years. The resulting plants and foods are far more thoroughly tested than their conventional counterparts. Hundreds of scientific papers have assessed the safety of GM crops, and the vast majority found they are nutritionally equivalent to their conventional counterparts.

Myth: GMOs are harmful to the environment.

Reality: Farmers who grow GMO commodity crops, like soy and corn, do less tilling, which reduces topsoil loss, erosion, and the associated runoff of fertilizer. They also can cultivate pest-resistant GMO crops, like Bt cotton, corn, and eggplant, with far fewer applications of pesticides, which benefits human and environmental health. Agriculture and its associated land use accounts for over a quarter of all global greenhouse gas emissions. On average, GE crops have reduced chemical pesticide use by 37%, increased crop yields by 22%, and increased farmer profits by 68%. GE crops also have reduced CO2 emissions (mostly through enabling no-till farming practices) by 27 billion kg—equivalent to taking 12 million cars off the road (Qaim et al. 2014).

Reality: GMO foods have a long, safe track record during their more than 20 years on the market. The prestigious National Academies of Science agrees with US regulatory agencies, scientists, and leading health associations worldwide that food grown from GM crops is safe to eat, and no riskier than consuming the same foods containing ingredients from crop plants modified by conventional plant breeding techniques. Banning GMOs results in negative health consequences because farmers would be forced to go back to using older, more toxic pesticides and access to food is more limited.

Reality: Humans have been selectively breeding plants and animals for countless millennia, so all domesticated plant species—and even your pet dogs and cats—are technically genetically modified. Genetic engineering replicates a process that has been occurring in nature for millions of years as bacteria and viruses regularly shuttle genes between different species.

Myth: Organics are safer than GMOs.

Reality: Organic farming is a cultivation method, and GMOs are a breeding method, so it’s like comparing apples and oranges. Additionally, organic growers are allowed to use certain types of pesticides, so some GMOs could claim to be safer than organics. An example might be a GM blight-resistant potato, which does not need toxic substances like copper sulfate or other fungicides often used to control blight in organic farming. Ideally, genetic modification would be used to improve organic farming.

Reality: No one plant breeding or agricultural system can or will feed 9 billion people in a sustainable manner. There is no “silver bullet.”We need everything to help contribute to this goal: conventional, organic, biotech, small-holder, large-scale, as well as better distribution and storage systems, and less food waste, too.